Final edition doesn't yet have a name, but looks like this and revs to at least 9,500rpm - need to know more? 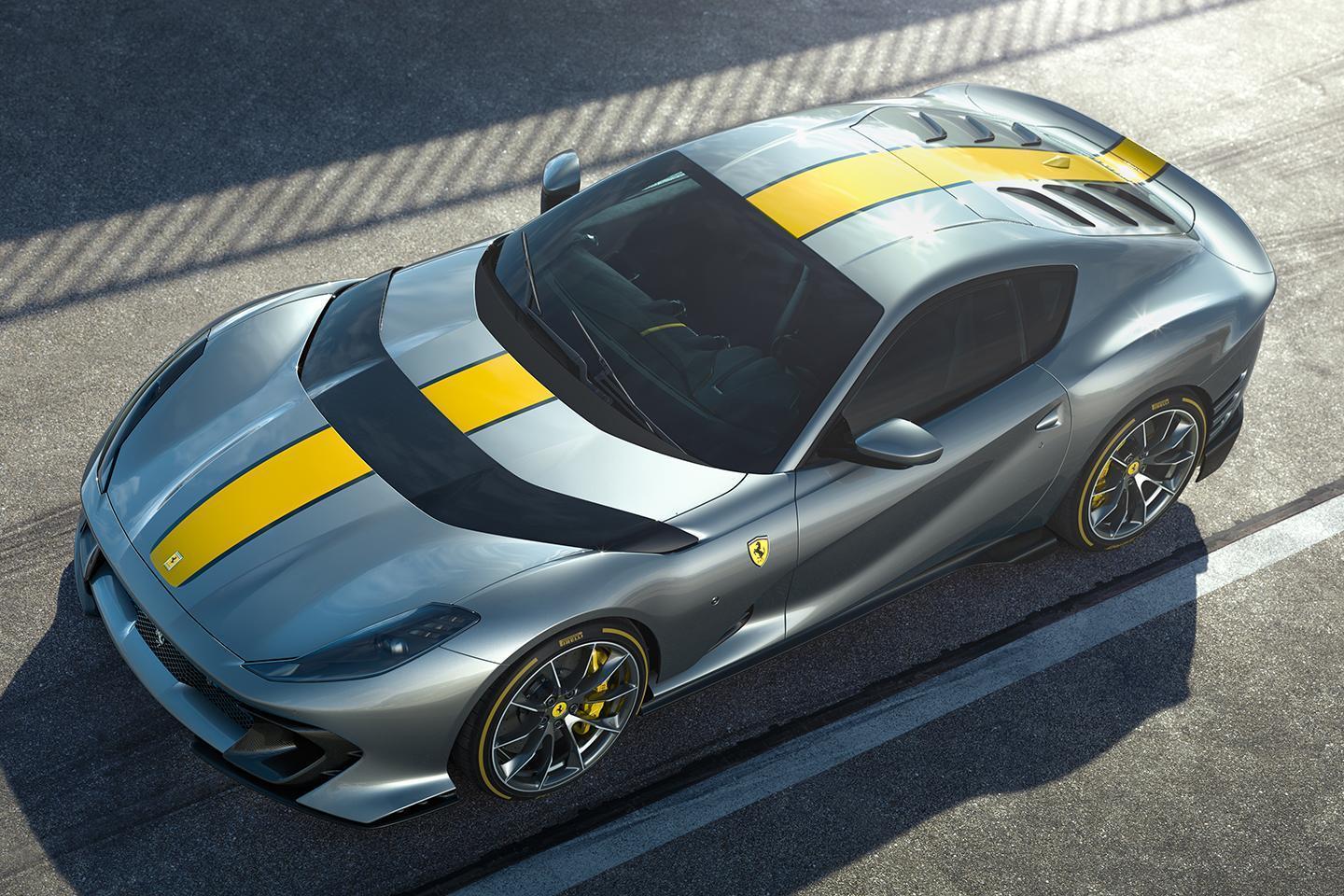 As surely as night follows day, a wild special edition will arrive at the end of certain Ferrari series production run. For the V8 berlinettas the rule has meant cars as wonderful as the 360 Challenge Stradale, 430 Scuderia and 458 Speciale; the V12 flagships - think 599 GTO and F12 TdF - have been just as memorable. Now there's one more lined up for that illustrious club, the 812 Superfast set to bid farewell in truly outrageous fashion.

You'll note it doesn't have a name yet. Referred to at the moment simply as "the special version of the 812 Superfast", the full title is set to follow on May 5th. In truth, this car could end up named the 812 Mondial QV and still be preposterously exciting; if this is the final call for purely combustion engined Ferrari V12s, then what a way to end it.

Thought the GT3's stats were impressive? The special-grade Superfast's V12 produces 830hp at 9,500rpm, making it both the most powerful and highest revving Ferrari road car engine in history. For reference the standard 812 generates 800hp at 8,500rpm, and assuredly ranks as one of the greatest powerplants ever fitted to a production car. Unsurprisingly, the V12 has been thoroughly overhauled to rev even higher, Ferrari calling out new valve timing and "a redesign of many of the engines key components" - expect more details to arrive with the reveal. There's a new exhaust, too, and the promise of performance "unprecedented in the V12 segment".

That performance gain will partly come via weight loss, with carbon used extensively inside and out to shed kilos, as well as a drastically different chassis and aero package. The most striking example of that is the rear screen, now replaced on the 812 by a vortex generator-equipped sheet of aluminium. As well as aiming to make the car look shorter and wider (alongside the carbon bonnet blade), the new addition should significantly improve aero efficiency. Other notable alterations include a "more imposing" rear spoiler, an entirely redesigned diffuser (with repositioned exhausts) and new front intakes. Ferrari believes the solutions are "unprecedented for a road-legal car", with form seemingly following function like never before for a front-engined Ferrari. Certainly there'll be no mistaking it for a plain old Superfast...

For now, the disclosed chassis changes amount to the seventh generation of Side Slip Control and "independent steering on all four wheels." Which sounds a little confusing, given the Superfast already featured Ferrari's Virtual Short Wheelbase four-wheel steer. Inside is perhaps where this new car looks most like the regular 812, albeit with almost bare door cards and a new gear selector lever similar to that seen in the Roma.

Sounds pretty special, right? Maranello describes this 812 as nothing less than "the ultimate expression of Ferrari DNA: exclusivity, a racing soul and the pinnacle of automotive innovation." Given what we know about this car so far, and the marker already laid down by the sublime Superfast, there seems little reason to doubt that claim. A few lucky Ferrari customers are in for something truly spectacular. May can't come soon enough!