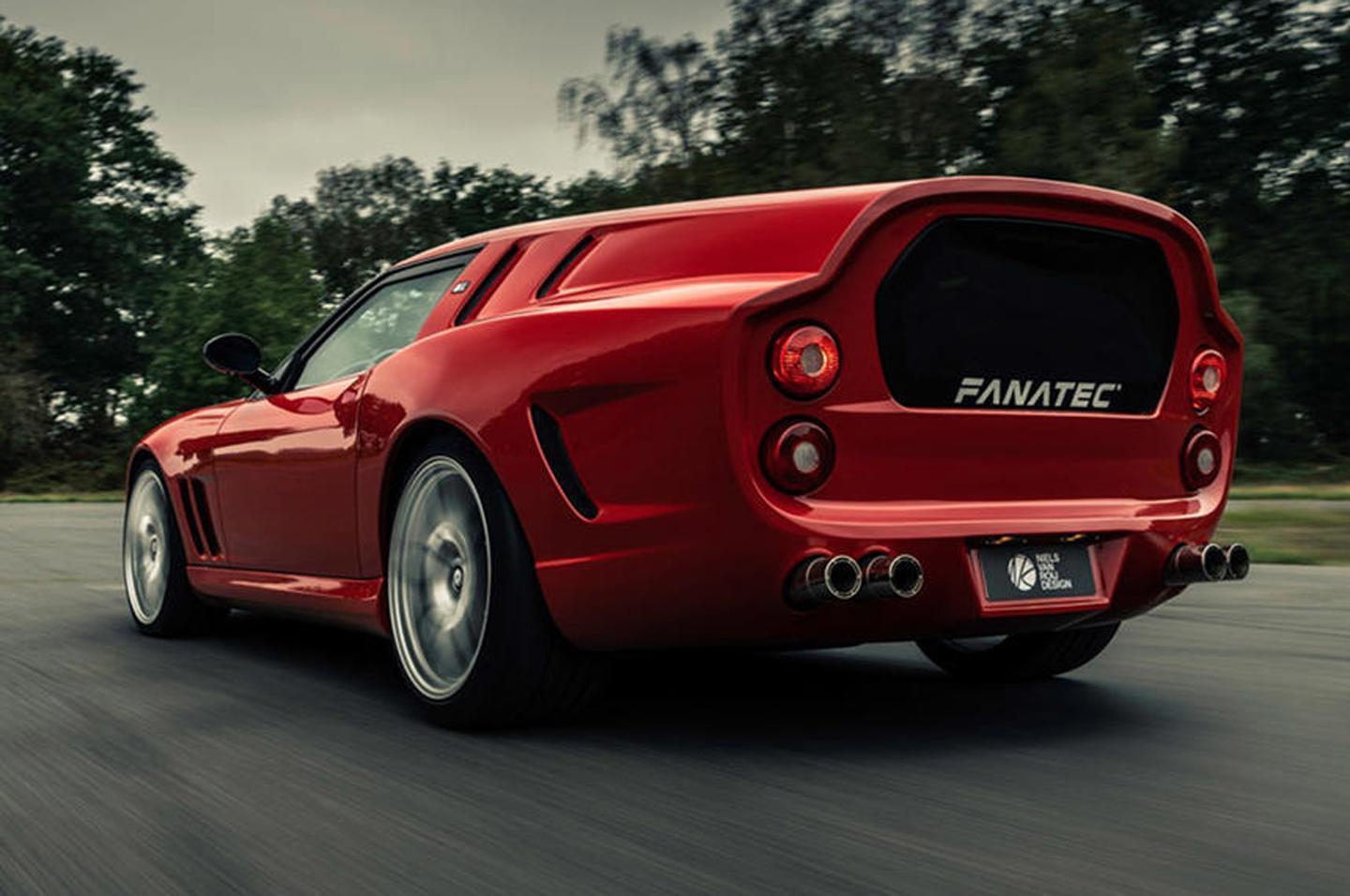 Dutch coachbuilder Niels van Roij Design has revealed a one-off customer commission that pays homage to the 1962 Ferrari 250 GT SWB and its aero-focused ‘breadvan’ shape. The Dutch firm used a 550 Maranello to create its entirely resculpted Breadvan Hommage, which adds a single-piece aluminium section with no shut lines to the V12 two door. It’s a proper job, with only the windscreen of the 550 donor unchanged and the chassis treated to adjustable Koni suspension.

While Van Roij’s company isn’t new to this sort of work - having created a shooting brake of the Tesla Model S in 2018 - the Breadvan Hommage is inspired by a motorsport legend, and one from a brand that isn’t often happy to see its products being altered in any way. But perhaps Van Roij’s handiwork will sit a little easier with the Italians (we're not placing any bets, mind), being inspired by the original 250 GT SWB that received the unique tail to reduce drag and achieve a higher top speed.

Niels van Roij Design said that it wanted to emulate the look while introducing a greater focus on aesthetics, hence the use of a single piece of aluminium for the cleanest lines. The front end features a hevily altered nose with 250 GT SWB-aping intakes, with bodywork that more tightly wraps around the still recognisable 550 lamps. You’ll also notice the clear dome on the bonnet that mimics the original car’s design, but there are no intake trumpets to fill it this time around. Instead, the space provides a glimpse of the 5.5-litre V12.

There’s no mention of work to the engine, suggesting it remains in standard tune with 492hp and 419lb ft of torque. Plenty, especially in a car with a gorgeous aluminium-gated six-speed manual gearbox. In fact, aluminium has been used extensively in this Breadvan one-off, with milled switchgear in the cabin alongside soft quilted leathers. All of the details have been changed in some way; and so has the car’s character, evidenced by the firing up of V12 in the video below. The volume and tone suggest little, if any, of the original pipework remains.

It’s certainly a fascinating project, not least because it involved traditional practices, like applying actual clay work to the 550 donor car before the re-build began. As is often the case with these things, the commissioning customer of the Breadvan Hommage is unnamed, although it's safe to say their pockets run deep. The total cost is a predictably being kept a secret, but whatever the price, hopefully the Breadvan Hommage will see some action, not least because an undertaking as unique as this deserves to be enjoyed by more than just one person.