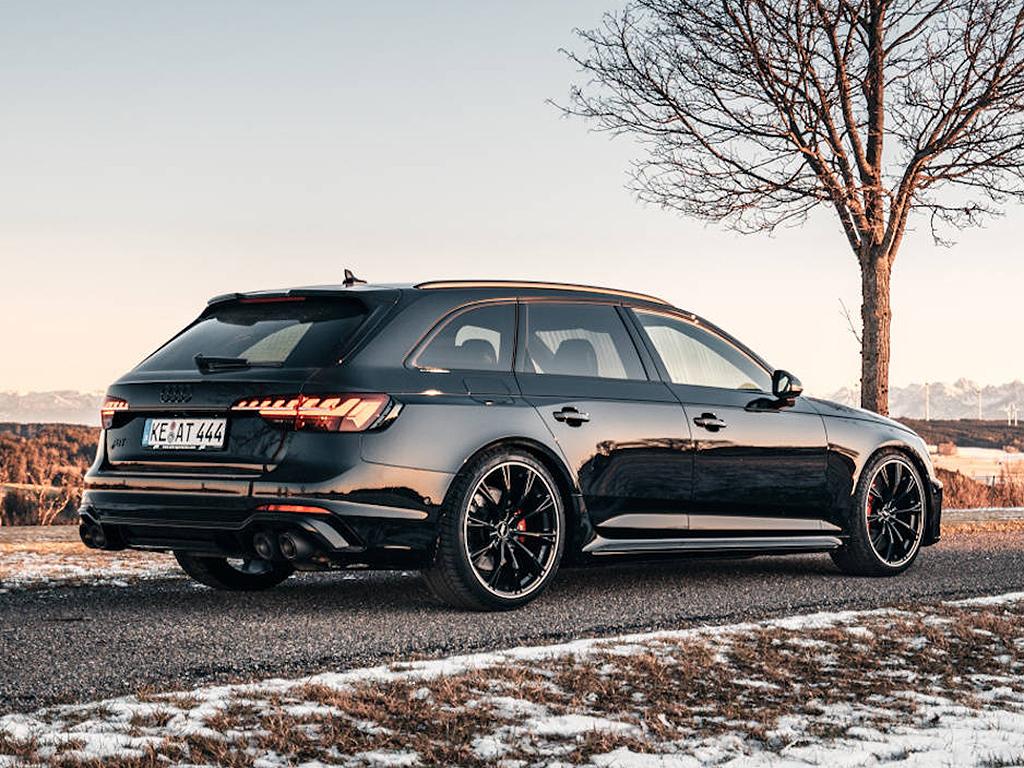 Last week it was the RS6, this week it's the RS4. ABT certainly doesn't rest on its laurels. And nor is it concerned about old rope: we've seen this power upgrade before, albeit in the technically limited format of the RS4+ (itself a continuation of the RS4-R). There's no querying the result, though: the painless installation of an ABT Engine Control unit renders an additional 60hp and 44lb ft of torque, which means that the turbocharged 2.9-litre V6 nudges 500hp even if you measure it the old-fashioned way.

That sounds fairly healthy from where we're sitting - and if you're inclined to part with a bit more money, ABT will upgrade the cooling for an additional 20hp on top. That much delivers bragging rights over the Mercedes-AMG C63 S (although you'll still languish very slightly behind the V8 on twist).

If that thought tickles you then you might potentially be interested in ABT's chassis upgrades, where it will happily fit 40mm lower coilover suspension and beefier anti-roll bars back and front - and fill the arches with 20-inch alloys. We'll admit to being a tiny bit partial to the combination, if only because the standard RS4 is something of a shrinking violet.

If none of that sounds like your sort of jam, then it's worth mentioning that in between the RS6 and 4, ABT found time to tell us about its latest fettling of the RS Q8, which it will now round-up to 700hp (bringing to bear precisely the same upgrades its deployed on the RS6). Additionally, the fitment of ABT Level Control delivers three ride height settings, dubbed ABT Comfort Level, ABT Dynamic Level and ABT Loading Level (Coffee Mode). The latter brings the Q8 65mm closer to the ground than in Comfort. Which might qualify as squashing your laurels...