If an M8 Competition is a bit much, Alpina is working on the understated alternative 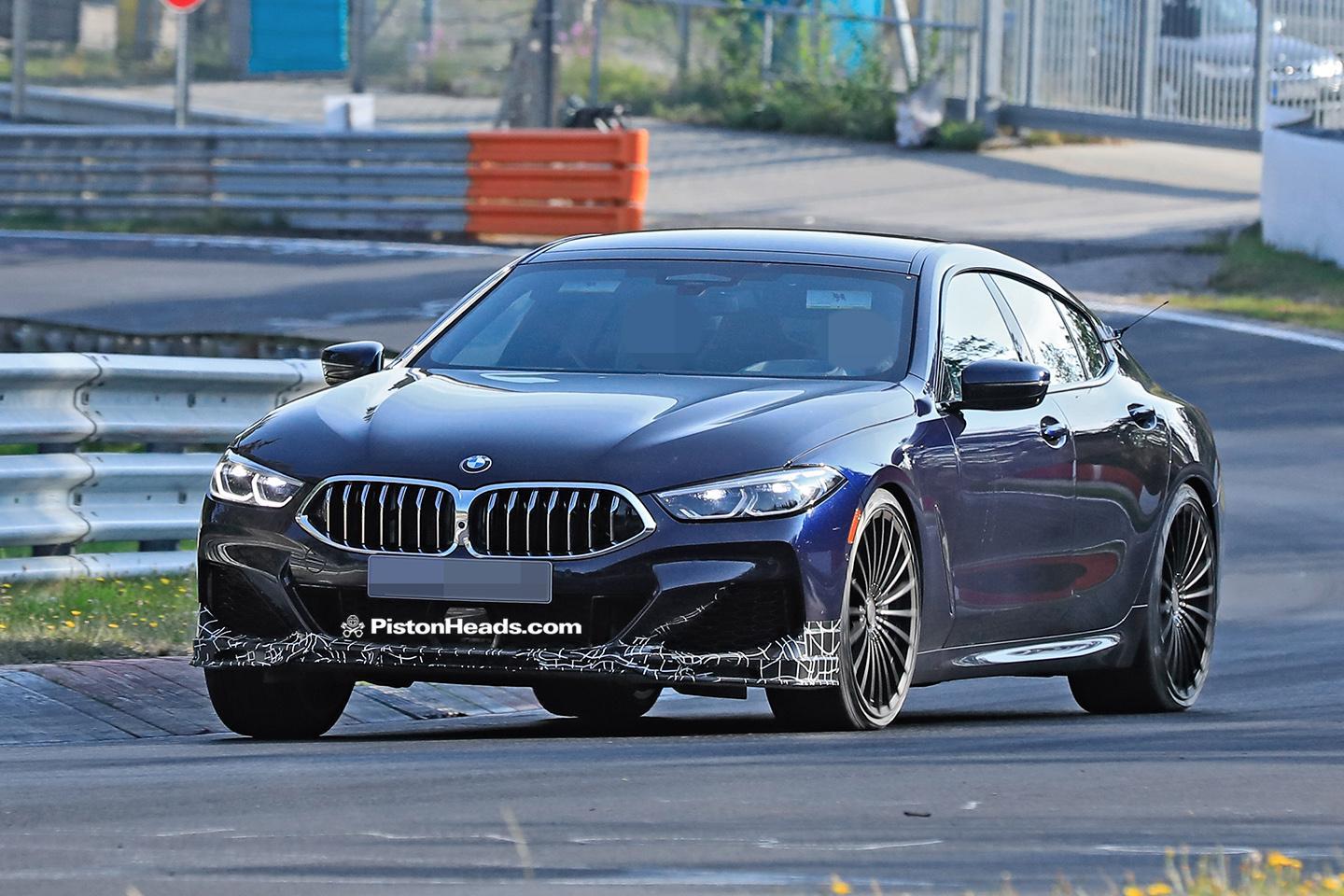 Alpina is applying the finishing touches to its own version of BMW's four-door 8 Series, set to be badged the B8 Gran Coupe and with around 600hp from a twin-turbo 4.4-litre V8. Expect the incoming Porsche Panamera rival to be treated to a liberal sprinkling of Alpina's chassis wizardry, almost certainly lending it a broader focus than the scalpel sharp M8 Competition. As is tradition with an Alpina product, the boys and girls of Buchloe will be careful to distinguish its new model from what BMW has already delivered.

Case in point being the recent B3 Bi-Turbo, both saloon and Touring leaving a more than favourable impression despite not posing any particular threat to the upcoming M3; it was a more accommodating, less frenzied 3 Series than we'd expect from the upcoming M car. In the B8 Gran Coupe, the twin-turbo V8 is expected to make 600hp, placing it neatly between the 530hp M850i xDrive and the 625hp Competition. If that sort of power can ever be described as such, it makes the Alpina the slightly more discreet option, again in keeping with tradition.

The spied test car in this case wears next to no camouflage and looks barely any different to a regular 8 Series Gran Coupe. Only the multi-spoke Alpina wheels, here with a flat-faced design, highlight the non-OEM status, while quad-tip exhaust pipes point to its increased potency. Alpinas don't tend to bark and growl like M Division's offerings; they're normally tuned for a deeper, subtler tone, an attribute that the B8 will almost certainly continue with, despite the amount of pipework.

Ditto Alpina's ability to make virtually everything which leaves its factory ride with great suppleness. Our snapper didn't capture the B8 GC on a section of the Nurburgring which might've fully examined its body control although we do spot some roll, which suggests there's at least a very pliant mode in there. Certainly it doesn't look to be the permanently hunkered down machine the M8 Comp is.

Porsche's seemingly unstoppable Panamera has already earned a record lap time at the Nurburgring, but Alpina will be unconcerned by that. Broadening the appeal of the V8-powered four-door will be its key objective. Few cars in BMW's catalogue seem more ripe for its familiar brand of overhaul.