Home/Features/Features/Automotive comebacks | Six of the best

Automotive comebacks | Six of the best 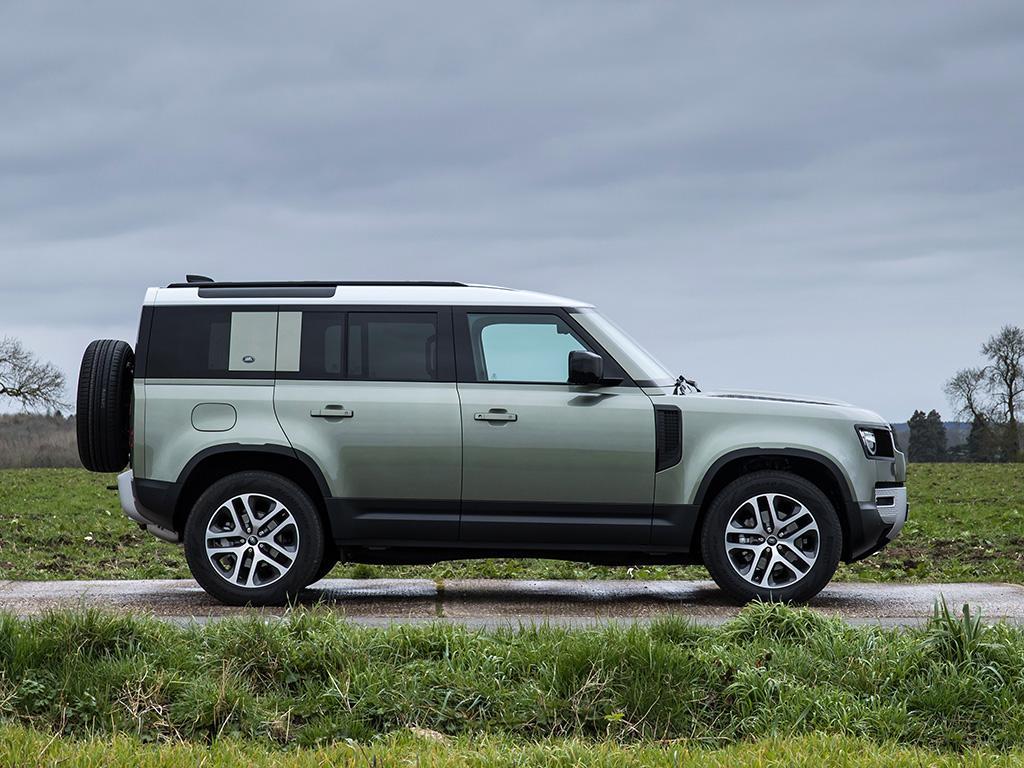 Reinventing the Land Rover Defender looked an unenviable task. On the one hand it had to doff a (flat) cap to its agricultural, no-frills past, something authentically rugged to do justice to the name; on the other it needed to be a contemporary, capable SUV, one good enough to deal with the rigours of everyday life for those urbanites seduced by the styling. And where on earth do you start with that?

Truth told, there's still a lot more to know about the success (or otherwise) of the new Defender project, though you've probably seen already from Nic's various adventures that there's much to be encouraged by already. It's great off-road, at the very least...

To mark the occasion - this has been many years in the waiting, after all - we've compiled another six-car shortlist of the best comebacks. Those models that, like the Defender, had heritage to consider but a modern audience to placate in their 21st century reboots. Here goes...

Mini
The obvious one when thinking about cars similar to the Defender: decades of history as a global icon of Britain on four wheels, a fiercely loyal (and vocal) fanbase, and a desperate need to update a vehicle chronically out-of-date. The Mini and the Defender are more similar than they look.

Moreover, despite all those reservations at the turn of the century about whether a Mini under BMW's tutelage would be a 'proper' Mini, things have arguably gone about as well as could have been expected. Granted, that first R53 Mini of the 2000s was bigger and not quite as innovative as that legendary predecessor, but the past two decades have given it time (and success) to forge its own reputation. The Mini arguably kicked off the personalisation craze (at sensible money) that now dominates car buying, it has delivered some cracking hot hatches and the Frank Stephenson styling still looks great - not bad given the design dates back to the 1990s. An exemplar for all automotive comebacks to follow - and that's before considering the temptation of a Shed-money Cooper S...

Alpine A110
Nobody really saw this one coming, did they? While Alpine had considerable rallying success with the original A110, the successors never made quite the same impact. Various A310s, 610s and GTAs were far from bad, very good in some instances, but those subsequent French sports cars couldn't capture the imagination like rivals did, and that A110 had done. See how much an early-90s Alpine A610 might cost against an early-90s 911, for example...

All that changed with the new A110 of 2018. Here was a car perfectly attuned to its time: automatic, turbocharged and eminently usable, yes, but also delicate, enjoyable and captivating at sensible road speeds in a way that nothing else is. The A110 couldn't be anything but French, and is all the better for it: small, light, relatively soft and unashamedly its own thing. In fact, the only car the new A110 is attempting to evoke, mimic, or imitate, is like the old one - and there's no better template to follow.

Mercedes G-Class
Another one with uncanny parallels to the Defender, where its reputation with one group of fans comes from its off-road prowess, and the other from its rep as the ultimate in urban prestige. The big Benz became such a cult hero of the latter that Jeezy's 2017 'Trap or Die 3' album featured a song titled 'G-Wagon' (sic) on it. Really.

Like the Defender, the old G was a fairly shonky automobile as well. Hilariously, wonderfully overendowed in AMG specifications, but fairly woeful when it came to actually, y'know, driving down a road. Jeezy wasn't bothered, evidently, but things needed to change.

But not too much. Mercedes was so keen to protect the G-Wagen aesthetic and reputation that, despite the 2018 car being all-new underneath and the most significant update of the car in 30 years, it retained the 'W463' model designation. This is just the second generation of it. It's a masterpiece, too, retaining the famed G-Wagen look and the impregnable feel of a twin-turbocharged nuclear bunker, but now with some road manners, proper refinement and tangible luxury. 'The best of both worlds' often results in an uncomfortable compromise; the G-Class emphatically realised it.

Chevrolet Camaro Z/28
A slightly different approach to the previous cars here, but just as valid an inclusion. Why was the 2014 Z/28 significant? Because, like so many muscle and pony car icons, the Camaro had festered during the 80s and 90s, so that the Z/28 before this one was... well, pony.

The fifth-gen car was emphatically not pony. Already the standard Camaro, not released until seven years after the fourth-gen, had made a favourable impression - the Z/28 transformed it. Weight was reduced, the mighty LS7 V8 dropped in, the suspension overhauled - springs were 85 per cent stiffer at the front, 65 per cent at the rear - and huge 305-section Pirelli Trofeo Rs were fitted at each corner. Here, at last, was a Z/28 that really deserved the badge, that harked back to those timelessly cool first- and second-generation cars while also delivering a genuinely thrilling drive for a 21st century audience. The Z/28 is still beguiling drivers today, even with its motor show debut almost seven years ago - see here for proof.

Toyota Supra
Another tough ask for another big manufacturer; because how on earth do you replace the Mk4 Toyota Supra? The fact that 15 years had passed before we saw the new, Mk5 GR Supra was always going to make thing difficult, given how fondly we all always remember the past, but there was also the small issue of the Supra's image. It was launched, back in 1993, as a sports GT, something to rival the Porsche 928. By 2002, however, things had changed somewhat, the Supra's legendary reputation as a tuner's dream firmly entrenched and ensuring it was remembered as something very different.

All things considered, this latest Gazoo Racing Supra can be seen as a success. This is only the very beginning, too, with more to come from the A90 as time progresses; for now it's a stylish, fast, luxurious, dynamic sports GT, just as it was a quarter of a century ago. There's even a 3.0-litre straight-six under a long bonnet, a nod to the Supra's history and a welcome alternative to the host of downsized rivals. Oh yeah, and Litchfield already has 450hp out of it, with the promise of more to come; for the Toyota Supra, old habits really are going to die hard.

Abarth 500
Like the best Italian food, in fact, the Abarth 500 recipe was a simple one. Always was, probably always will be. Take one humble Fiat city car, stuff it full of more power than it can really handle, adorn it with scorpions and watch the willing customers flood in. Alright, so perhaps that's not entirely true for the early Fiat-Abarths, those cars designed for competition, but playing to that heritage for the 2007 relaunch did Abarth no harm at all. Helped everyone forget about the Stilo, for starters.

That original Abarth 500 of the late 2000s, and all the 595s, 695s, Turismos, Competiziones and the rest that have followed, have all delivered on a few criteria: they've looked cool, gone fast and made a lovely racket while doing so. That buyers have been able to customise their 500s, a ploy surely pinched from the Mini mentioned first off, has only helped their cause. Even back then the Abarths were never the best hot hatches in the world to drive, but that hasn't mattered: the look, the sound and the image has been more than enough to ensure the fast 500s have thrived. Given the enormous commercial success, Fiat would do well to replicate the formula soon with the latest 500 - there are thousands of customers very keen to see another.