Nobody will see you in it at 205mph, either 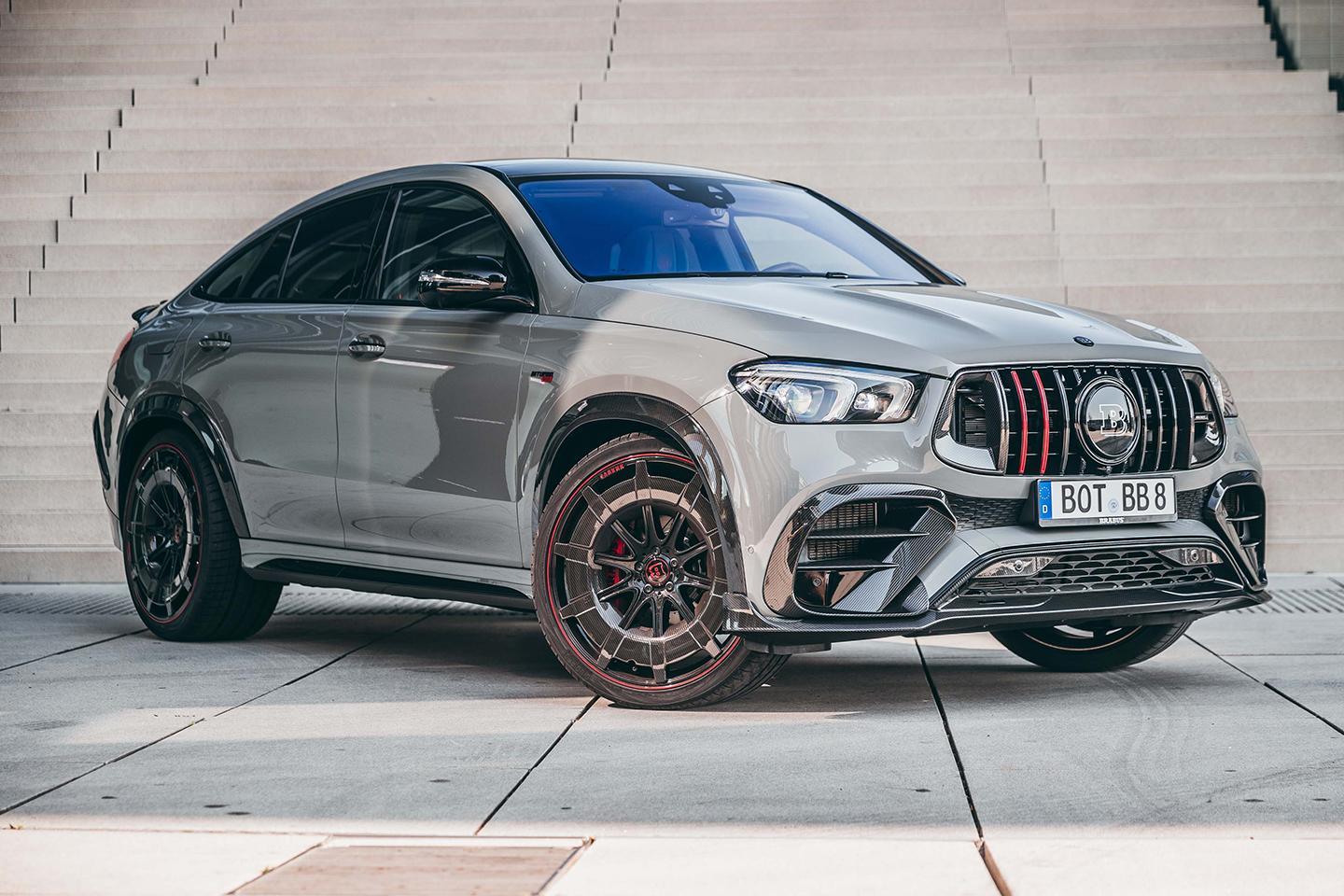 By and large, you know what to expect when the words 'Brabus' and 'Rocket' are seen together: it'll be a big, black Mercedes four-door, powered by an absurdly large turbocharged engine and with some claim or another to being the fastest car of its type on the planet. See the 227mph CLS made in 2006, or the GT-based model revealed last year, which could do 186mph. In less than 24 seconds.

There's been a change of tack more recently, though, with the Rocket name applied to Brabus SUVs as well. Presumably, of course, because it's a more popular (and therefore lucrative) area of the market. So earlier in 2021 we had the G63-based Brabus Rocket 900 and now we have this, the Brabus Rocket 900 derived from the GLE 63. Much is similar, but there are some key differences as well; without the drag co-efficient of a ski chalet, the GLE is faster than the G. In fact, Brabus says it's the fastest SUV in the world (you knew it was coming at some point), with a claimed top speed of 205mph - which matches the four-door coupe with which it shares a name.

The upgrades to reach 900hp are as seen before, and still awesome. The 4.0-litre hot-V V8 surpasses even the output of the newly hybridised E-Performance GT thanks to an increase in capacity to 4,407cc. This is achieved through both a bigger bore (now 84mm) and a longer stroke (now a lengthy 100mm, thanks to a new billet crank); chunkier forged pistons fill the larger gaps in the cylinders, and obviously there are more potent turbos as well. And red carbon engine covers, because apparently no performance car is now complete without them.

As has become almost Bottrop tradition, the potential of this 4.4-litre monster has been reined in to prevent vital components from wilting. Alongside 900hp at 6,200rpm, the GLE Rocket 900 also makes an enormous 774lb, but that's the limited figure. Unshackled, Brabus reckons this V8 produced 922lb ft between 2,500 and 4,500rpm, which are surely the sort of numbers usually associated with powerboats.

Despite being pegged back (and weighing 2.5 tonnes), the GLE Rocket is capable of 0-62mph in 3.2 seconds and a top speed of 205mph, assuming that is you forego the option of 24-inch wheels. It's only with the 23s and a Continental tyre that the magic 330kph is going to be possible. A Brabus module for the air suspension drops the Rocket, regardless of wheel size, by 25mm. This colour, in case you were wondering, is Superior Grey, though of course Brabus is more than willing to cater to any taste. They've devised an SUV coupe with twice the power of an M2 CS, after all - whatever wild ideas you have will no doubt seem tame to the boys and girls of Brabus.

Especially so as you'll be paying a heck of a lot for the privilege of owning the fastest SUV in the world. Just 25 GLE 900 Rocket Editions will be built, following the template used for the GT and G63, each priced from €381,243 before local taxes. Which is currently the best part of £330k, or almost £400k with the vodka and tonic added for UK customers. Which is an awful lot more than the standard GLE 63 will cost, naturally, with delivery mileage examples of the 612hp car available for less than a third of that. But none of those will be the fastest SUV in the world, will they? We look forward to seeing where the 900hp Brabus V8 ends up next.