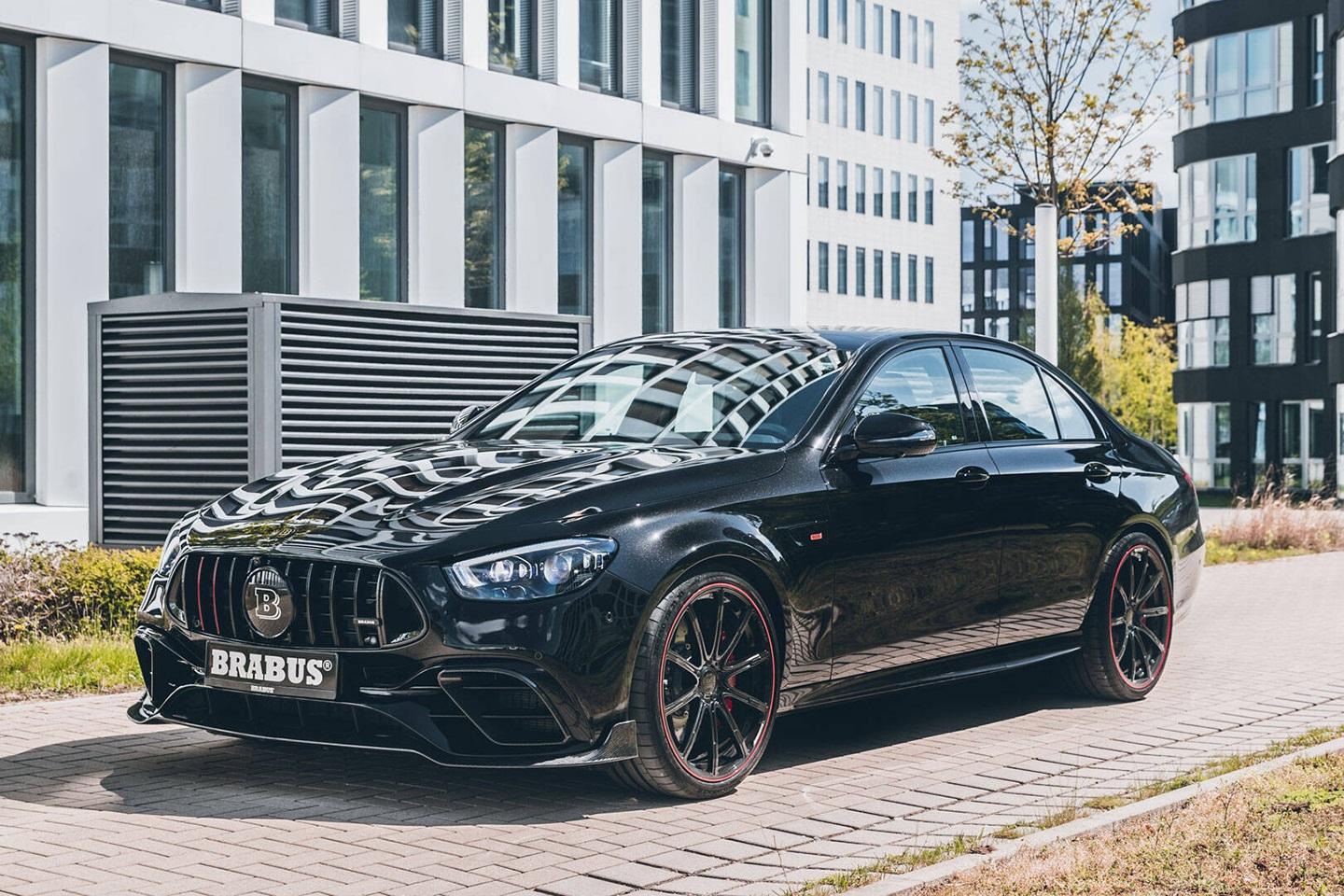 We drove the latest Mercedes-AMG E63 S just last week. It's safe to say we rather like it. No surprise there - it has 612hp, after all. It does 0-62mph in 3.4 seconds. It might be the best luxury powerhouse saloon you can buy short of the Bentley Flying Spur. That makes it quite a tricky car to upgrade if you're a tuner looking to charge people considerably more for the pleasure of owning something that's been breathed on. But if anyone is up to the task, it's Brabus.

Cue the new 800. The tuner keeps its naming convention admirably simple, so you'll be delighted to hear that 800 stands for 800hp. Which is a-l-o-t when (obviously) Brabus hasn't bothered with the electrification that Mercedes-AMG will use to render the same output from the forthcoming GT 73 - it has simply teased the number from the existing 4.0-litre twin-turbo V8 in its own inimitable style.

Naturally the firm has extensive history with the unit, and has deployed its B40S-800 PowerXtra performance upgrade, for which it claims, "excellent performance delivery, flawless stability and reliability". The higher output (did we mention it produces 737lb ft of torque, too?) comes courtesy of fettled injection and ignition mapping alongside specially configured turbochargers which offer increased boost pressure. The result is a claimed, and entirely believable, 3.0-second 0-62mph time.

Obviously that's going to have a pleasingly violent effect on your insides, but it might be your ears that end up enjoying the result of Brabus's labours most. As far as the E-Class is concerned, Mercedes-AMG tends to be fairly modest with the sound it makes; expect its chief tuner to have gone the other way with its stainless-steel, valve-controlled, high-performance exhaust system and carbon tailpipes. Together with reduced back pressure, it promises 'full baritone' in its most extreme mode.

And even if you keep it in the 'coming home' setting, people will likely notice your arrival. Brabus is not in the business of uprating subtlety and has duly fitted a new spoiler lip to the front, flanked by its own air inlets, together with a revised rear spoiler and diffusor at the back. Apparently it delivers an optimal aerodynamic balance - but really it's about distinguishing the 800 from the comparatively shy and retiring E63.

Brabus rounds off its restyle with a set of forged 21-inch 'Platinum Edition' wheels which sport a ten-spoke design and some red pin striping to match the stripes added to the front grille. With the rest of the car in lustrous black, it looks appropriately menacing - and that ought to the 800's calling card. Not least because the firm charges €254,349 for the full effect. Oof.