Latest top spec Porsche Cayenne doesn't have a name yet - but it does have a 7:38 'ring lap 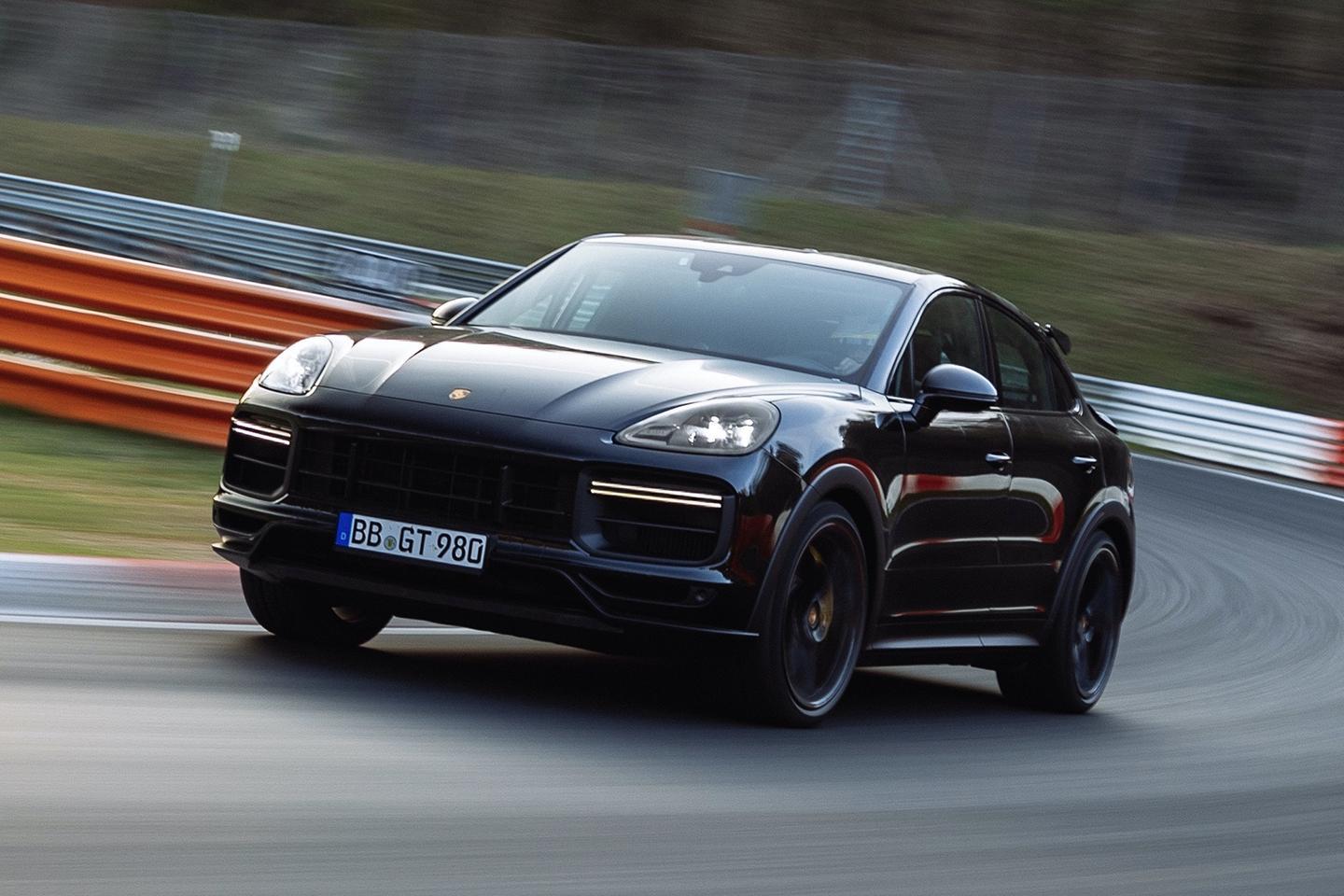 Whatever you may think of 600hp, track-focused SUVs - we can surely all make an educated guess - it's hard not to be impressed by the engineering achievement. Not so long ago anything that lapped the Nurburgring in less than eight minutes was really, really going some; 7:30 was reserved for the ultimate in ultimate supercars. The Porsche Carrera GT's official time is 7:28.71, for example...

Not long before the Carrera GT set that time, Porsche launched the first Cayenne. Imagine saying back then that a Cayenne could vaguely keep up with that. And yet here we are, with a new Porsche SUV capable of 7:38.925 around the 12.94 miles. Which is pretty extraordinary. The uber Cayenne - it's still without a name for now - has usurped the Audi RS Q8, and is officially recognised by the Nurburgring as the fastest SUV around the circuit, as the Coupe used was a "lightly camouflaged series production car."

Porsche employed Lars Kern for this record run, as it has done for many previous laps. He said of the drive: "It changed direction at lightning speed in the fast curves such as between Hohe Acht and Eiskurve, with no wobble and no tendency to understeer. Even in this technical stretch, the Cayenne is a real driver's car that is easy to control".

Porsche has confirmed that the record run was completed on bespoke Pirelli P Zero Corsas that the production car will come with (on a 22-inch wheel!), deviating from showroom spec with the racing seat and cage all record cars use. Or maybe they'll be for the no-cost-option Clubsport Cayenne. Despite the evident track prowess, Porsche is promising "a typical Cayenne all-rounder" from this car, with "a high degree of driving comfort and everyday utility." Well, it is intended to be a Sports Utility Vehicle - with this lap time as well, maybe the Cayenne Coupe will be the ultimate SUV. Expect to see the see the car shed its disguise next month.