There has to be a proper AMG this time around, doesn't there? 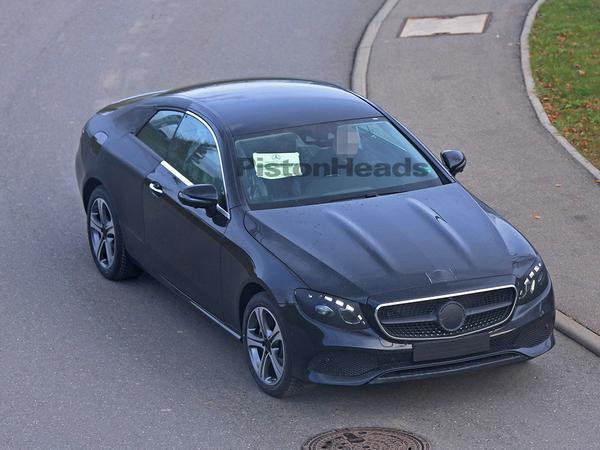 With its reintroduction in the previous

, the E-Class Coupe has once again established itself as a comfortable, refined and luxurious two-door express. Clearly it's been popular enough for Mercedes to make a replacement too, as these spy pictures show. It's an actual coupe as well, rather than a nasty 4x4 masquerading as something sportier... 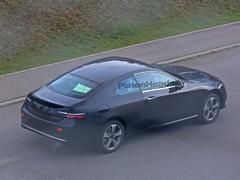 It's been caught here relatively undisguised, the test car showing off production wheels, grilles and wing mirrors. The big tease. As for the coupe bit of the E-Class Coupe, it appears to borrow heavily from the two-door

, with swoopy rear lights and a kicked-up bootlid. Expect a bit more aggression to the rear haunches as well, to break up the expanse of metal above the rear wheels.

The car seen here looks like a lower-spec E-Class, perhaps an E200 or E220d. Like the previous E-Class Coupe, it seems more than likely that this car will mimic the range of engines offered for the saloon and estate. In the UK that will mean the new 2.0-litre diesel, the 350d V6 and the 350e hybrid, at least to start with.

As for the AMG variants, we'll have to wait and see. Given the proliferation of '43 models currently available, an AMG-E43 Coupe (and a cabrio, in fact) would seem a dead cert at some point soon. Furthermore, given what Mercedes said back in 2013, an E63 is probably in the pipeline too. These looks with 612hp and a Drift Mode? Hurry up already!