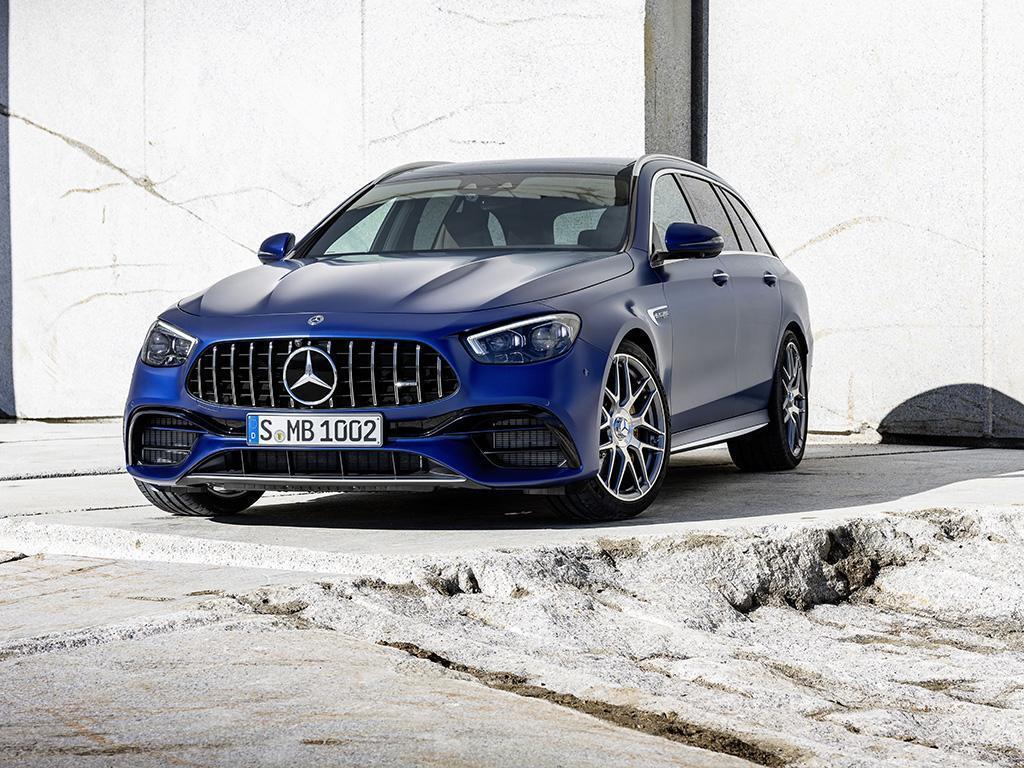 There was no way that AMG was going to allow the Audi RS6 and new Alpina B5 hog the fast estate headlines for too long. Until late last year, in fact, the E63 was the go-to uberwagon, making the previous RS6 feel a little flat and bringing some big-engine relief to the AMG die-hards mortified by four-cylinder hatchbacks and SUV coupes. It was the classic Affalterbach recipe of quite ordinary Mercedes transformed by a mighty engine, brought bang up to date in no uncertain fashion. There was just a sense that the newer RS6 may have surpassed it, though...

Soon we'll know just what's what for the current hierarchy, with this updated E63 introduced to the fray. Interestingly, there's no more power on offer - it's the same 571hp standard car, or 612hp S - and no renewed dynamic focus as in the M5 Competition. Instead all the attention for this facelift has been on making the E63 a little more luxurious; great though the old one was, it could certainly feel rather more 'AMG' than 'Mercedes' at a few points, fidgeting with the surface and generating quite a lot of road noise. Now, however, its makers believe that "the sporty vehicle dynamics of the performance models... are combined with considerably more comfort."

While the layout of multi-chamber air suspension with adaptive damping is retained, a retuning of the elastokinematics is said to have "tangibly increased" the drive characteristics. There's also said to be a larger space between the Comfort, Sport and Sport+ settings of the dampers, a "clearly perceptible" one no less, which should also help with the issue; the E63 was always quite a tense car, even when fully wound down, so any potential increase in bandwidth would be a welcome one.

Particularly so as the AMG side of an E63 was so exhilarating, and it appears to have been left mostly alone. As mentioned, the powertrain is unchanged - with the hot-V V8 sending power to the road through the nine-speed auto and variable four-wheel drive - with AMG once again tweaking the speed-sensitive steering and adding compound brakes. Drift Mode that was once the preserve of the S flagship can now be added to the standard E63 in the AMG Dynamic Plus Package, and the E-Class follows all other Mercedes AMGs in having AMG Dynamics as standard as well; working with the ESP and the AMG Dynamic Select Drive modes, it further influences the behaviour of the driver assists and all-wheel drive. Or, more specifically, the "intelligent pilot control anticipates the desired vehicles behaviour based on the driver's actions and the sensor data." With the E63 in Race mode, AMG Dynamics is set to 'Master', which in turn promises "optimum agility and brings out the high driving dynamics potential to optimum effect". With such a high bar already set by the current '63, that bodes very well for this update.

The additional revisions are those familiar from the already updated E-Class and the E53 hybrid https://www.pistonheads.com/news/ph-germancars/new-mercedes-amg-e53-coupe-revealed/42482 :note the new AMG Performance steering wheel, the introduction of MBUX and larger screens inside, with redesigned lights and bumpers outside. Specifically for the E63, it's worth noting further flared wheel arches (by 27mm), the AMG unique grille and the introduction of Brilliant Blue Magno to the colour palette - previously an AMG GT four-door exclusive.

Consequently, it seems all the ingredients have been assembled for a successful facelift; what was good about the AMG-E63 has been left well alone, and those areas that required attention have received it. Let's hope Mercedes' best intentions transfer from paper to road. Until then, it's worth noting that early examples of the outgoing E63, even the 612hp S, are available from £50k - an abrupt ride is a lot easier to live with at little more than half the new price...