Singer at Goodwood Festival of Speed

Another chance to see that incredible DLS car, plus two new commissions as well 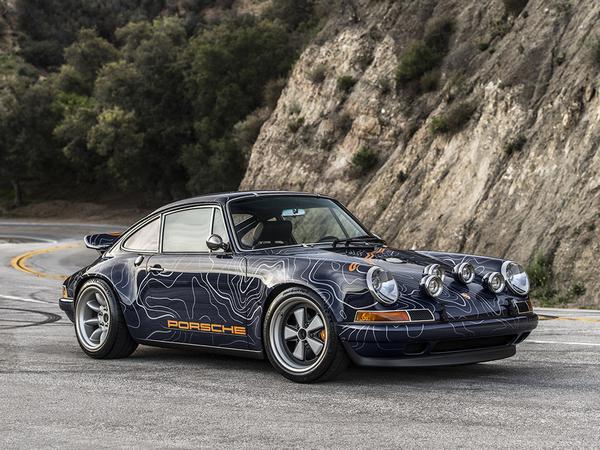 Believe it or not, 2019 is Singer Vehicle Design's 10th anniversary. For a decade, 964s have been restored, reimagined and reborn out in California, with spectacular results. To mark the special occasion, Singer will bring three cars to next weekend's Goodwood Festival of Speed.

The first will be familiar; it's the Dynamics and Lightweighting Study revealed last year, the Mezger-engined, Williams-developed dream machine with the power of a new 911 GT3. Only weighing a quarter of a tonne less. With its four-year development now complete, Singer has wrapped the car to mark the occasion and will run it up the hill across the weekend. Get yourself close to that one; 500hp at 9,000rpm should make quite a sound.

In addition, Singer will exhibit two regular commissions - if anything from its line-up can be called that. The Sussex is, as you might have guessed, a UK-based car, described by Singer as "a daily driver... for everything from commuting to work to visiting the racetrack and is specified accordingly. This vehicle is a celebration of the 911's ability to be the only car you need". As such it's specified with the track seats but also air-con and nav; the colour, in case you were wondering, is Attack Grey.

The Mulholland car is slightly different again, constructed by Singer's Special Wishes department, a division said to assist "owners who would like to pursue the engineering and development of a particularly specialised machine with their own desires for unique attributes." When a plain old Singer just isn't special enough, it would seem.

The Mulholland commission is about as raw as Singers get, dedicated to "providing an intense experience on a favourite road" and an "undiluted, visceral experience." To that end it has Perspex rear and quarter windows, a fixed rear wing, a bare floor and carbon ceramic brakes. One suspects it might be quite entertaining.

So that's Singer at the Festival of Speed, 10 years old and going great guns; regardless of what else is there, they're probably worth a visit. And if you're really keen, there'll be even more of them on display at Monterey Car Week in August. Happy 10th Birthday Singer Vehicle Design!