On sale tomorrow, the 45 "adds a package of upgrades befitting of such a landmark model" 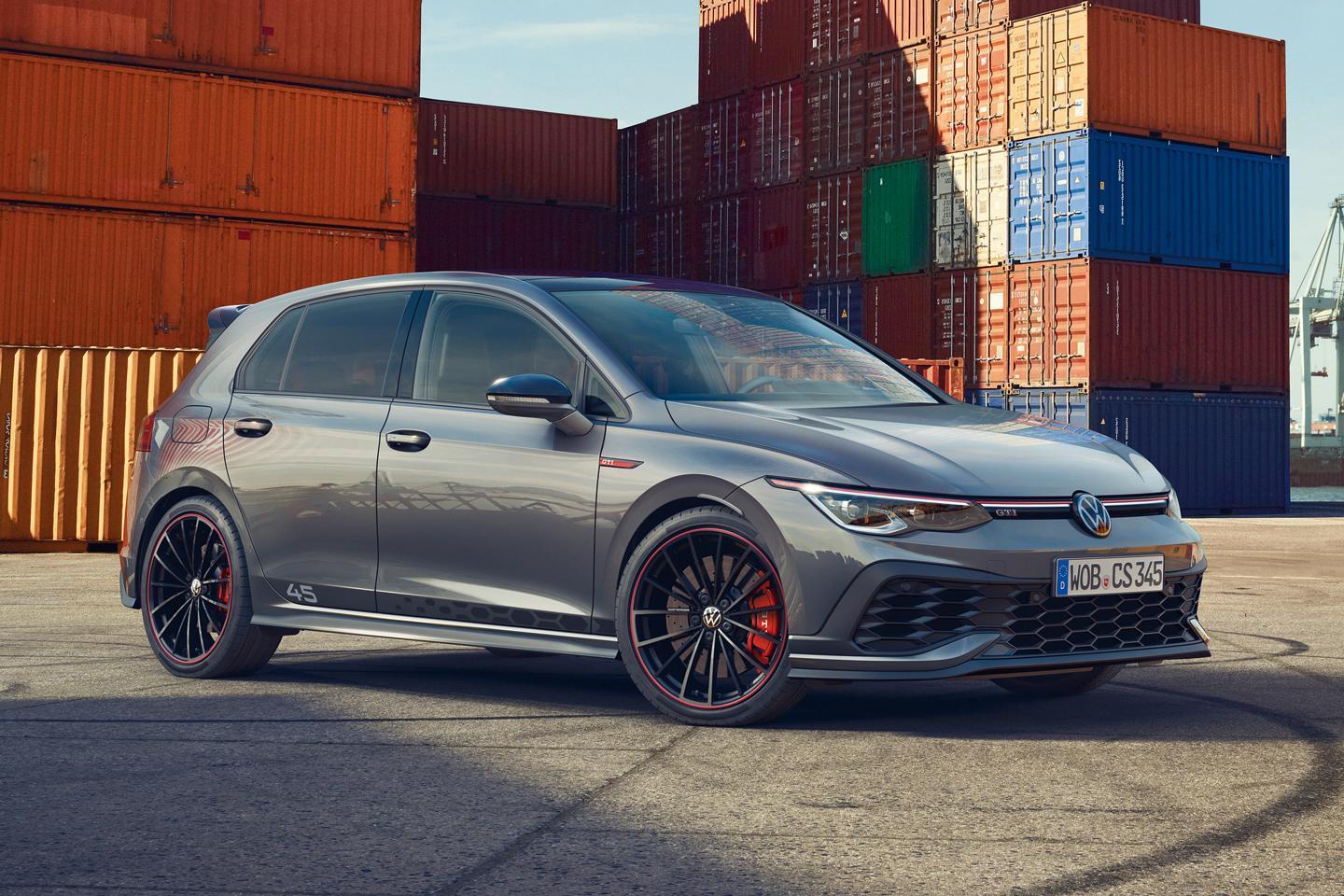 Though it's great to have the choice, it can be hard to keep track of the VW Golf range at the moment. There's a Performance Pack for the R, a Clubsport GTI already as well as both GTE and GTD. Therefore, it's probably best we do a brief recap of the Clubsport 45...

It celebrates 45 years of the Golf GTI, the anniversary specials now as much a part of the Golf tradition as any other model: the 30 was probably the best Mk5 GTI, and the last Clubsport 40 was really nice as well. If not quite as sublime as the Clubsport S, the unofficial (and brilliant) 40th birthday celebration in 2016.

Derived from the GTI Clubsport (and thus with the same 300hp), the 45 gets a standard Akrapovic exhaust, new badges, wheels and accents plus a delimit - meaning 166mph is possible. Dare it be said, the Tornado Red accents on this car work quite well. Otherwise, it's as you were for the (very good) £37,230 Clubsport.

Today it's been confirmed that the 45 will cost £39,980, or £2,750 more than the Clubsport. Given the Akrapovic alone costs more than £3k on an R (and isn't available on a standard Clubsport) it already makes a pretty good case for itself. The DCC dampers remain an optional extra, however; given how well suited the Nurburgring mode was to the GTI CS, that'll be a box well worth ticking. On sale tomorrow, the 45 slots in at the top of the range, with Clubsport, GTI DSG (£35,025) and GTI manual (£33,525) beneath it.

Lisa Hartley, VW UK Golf Product Manager, said of the new car: "The Clubsport 45 is a piece of Volkswagen heritage in motion - the latest chapter in the ongoing Golf GTI story, 45 years - and counting - in the making. It is no exaggeration to call the GTI an automotive icon." Certainly, you won't find us disagreeing with that. But we all know 50 is an awful lot more important than 45 - what might a special edition GTI look like come 2026?