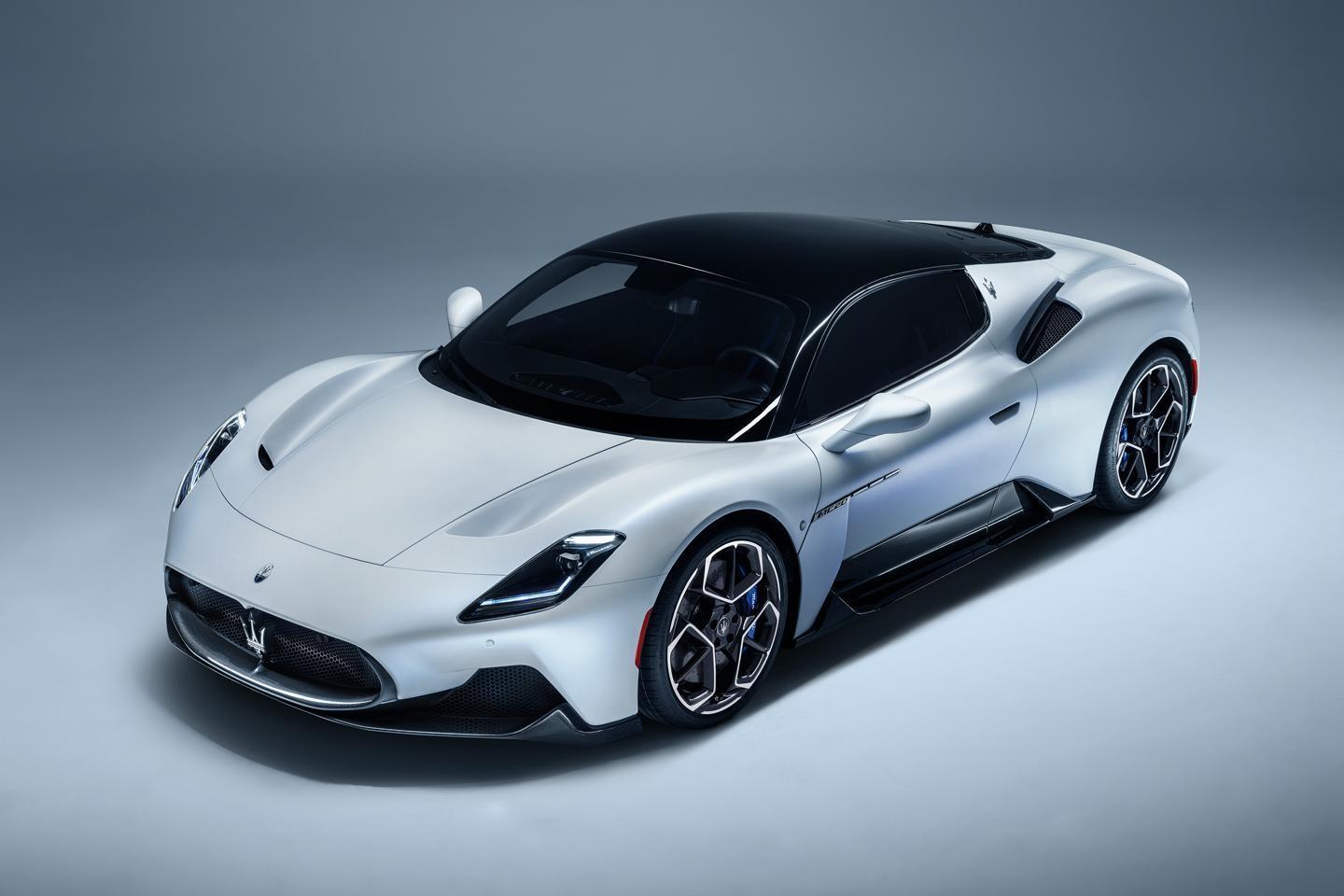 They say good things come to those who wait; going from that logic alone, the Maserati MC20 might well be the best sports car the world has ever known. That’s slightly in jest, though there’s no escaping the fact that a lot has happened in the world since Maserati last produced a dedicated mid-engined thoroughbred - even without a Covid-induced delay that should have seen this revealed months ago.

Maserati is keen to reference the MC12 in the MC20, though it’s worth nothing that project was more than 15 years ago; the GranTurismo was a very different kind of Maserati, and was on sale for more than a decade. The Alfieri hinted at an exciting future before it was canned for the Levante’s greater good, midway through the last decade. The prospect of a Maserati taking on the world’s very best mid-engined sports cars looked to be the impossible dream, especially as few would begrudge them a focus on SUVs, world beating exec saloons and so on. But the MC20 is here now, at last, orders are being taken and it will go into production on the old GranTurismo line later this year. Really.

There’s plenty to be excited about, too. We will all make our own minds up about the styling - PH is looking around the MC20 right now, so a more detailed verdict is due soon - but we can hopefully all agree that having a mid-engined Maserati back in the world has to be a good thing. For what it’s worth, Maserati says that its “historic identity” was the guiding theme of the MC20’s design, and that the butterfly doors aren’t just for show; access to the cabin is said to be improved with them. Dallara was consulted on the aerodynamic work, with more than 2,000 hours spent in its wind tunnel to ensure competitive downforce, “without detracting from the MC20’s beauty.”

Under that meticulously honed body sits perhaps the most interesting attribute of the MC20: its brand-new engine. The ‘Nettuno’ 3.0-litre, 90-degree V6 is twin turbocharged and, going from the stats, should rev well: it’s undersquare (with an 82mm stroke and 88mm bore) and makes peak power at 7,500rpm. The peak is an impressive 630hp, too, pitching the Maserati favourably against cars like the 620hp McLaren GT and 610hp Lamborghini Huracan RWD. Maximum torque is 538lb ft. Powering through an eight-speed DCT, the MC20 is claimed to reach 62mph in less than 2.9 seconds and 124mph in under nine; it’s a rapid car, be in no doubt. For the moment, the top speed is listed simply as “more than 201mph”.

There’s plenty more to be encouraged by underneath. The MC20 uses double wishbones at each corner, Brembo brakes and a mechanical limited-slip diff, with both an electronic LSD and ceramic rotors available optionally. Perhaps most encouraging is the kerbweight, which is less than 1,500kg. That would represent a healthy saving over something like an Audi R8 or Honda NSX.

A new car on a new platform needs a new interior, of course, and that’s also been revealed as part of the MC20’s global debut. Behind the fancy doors lies, believes Maserati, a “completely driver-oriented” cabin, with “simple forms, very few sharp edges and minimal distraction.” The Maserati Multimedia System (MIA) infotainment is managed by a 10-inch screen, and equivalent display sitting ahead of the driver for their vital information. Note, too, the Ferrari-esque drive mode selector, with what appears to be a bumpy road damper button as well as five drive settings: Wet, GT, Sport, Corsa and ESC Off. There’s even - get this - a range of connected services in a Maserati supercar, with a built-in WiFi hotspot, Alexa compatibility and a Maserati Connect app for both phone and watch. This really is a whole new Maserati era, and it seems to be kicking off in some style.

That’s about all the information currently provided, though prospective buyers – for whom orders can be placed now – will probably also already know the colour choices: Grigio Mistero, Nero Enigma, Blu Infinito, Rosso Vincente, Giallo Genio and Bianco Audace. They may wish to know, also, that the MC20 range will expand soon after launch, with both a roadster and an electric version set to follow. And don’t forget the racing car, too - Maserati really is going all in on this new era and new venture, and it’s hard not to be extremely excited about the prospect. From here, from the spec sheet and the pictures that is, things are looking very good indeed. We’ll report back from the launch event just as soon as possible.