15 years after the release of the original Gran Turismo that he’d have a multi-million dollar phenomenon with such power to actually help engineer cars and develop racing drivers, he’d have laughed at you. 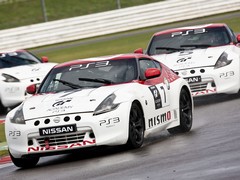 GT Academy made the virtual real

It’s not that Yamauchi, the game’s creator, isn’t ambitious – far from it – but he never expected it would come this far. In partnership with Nissan, launching the

in 2008 to find the best gamers and take them to frontline motorsport, Gran Turismo has spawned a new breed of racing driver.

The programme has been vindicated, too, through the success of its products. Original winner Lucas Ordonez stood on the LMP2 podium on his debut at Le Mans, while subsequent winners Jordan Tresson and Jann Mardenborough have both experienced success in GT racing. But just how has Gran Turismo turned bedroom-bound video gaming geeks into real racers?

Nissan’s global motorsport director Darren Cox clarifies: “You hear about the 10,000 hours of practice needed to be a pro in any discipline from people like Dave Brailsford, the boss of Sky cycling – these guys have done 10,000 hours’ practice on the game before they even get to GT Academy.” But while practice is good, relentlessly hacking round a digital world without focus can mean you don’t actually learn or go faster. 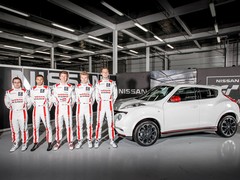 Cox elaborates: “The practice is genuinely transferable to the track, though, as we’ve shown. These guys have a determination to win, you have to be ultra competitive to win the Academy – so they’re already cut out to be racers mentally – and learning is part of that process.

“The guys’ ability to learn is one of the GT Academy drivers’ strengths. They’re like sponges – they just absorb all the information they get from the engineers and use it to go faster. It’s a skill learnt from the game.”

The series has helped Nissan, too. Over half the field at Le Mans this year will use Nissan engines, but the firm’s motorsport programme was born out of GT Academy. “You need a reason to go racing, to connect with the customers somehow. GT Academy gives us that”, reckons Cox. 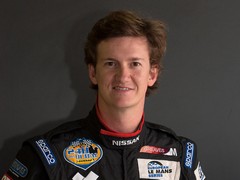 You can ‘learn’ to drive a car on Gran Turismo, but you don’t get the nuances and minute levels of detail that the real thing provides. Comparing a virtual

around Silverstone on the new GT6 demo to the real thing, it’s patently obvious that the game is more realistic than ever, but there’s still no comparison to the rush of revs and the physicality required to pedal even a road car round a circuit.

The question of whether driving is becoming more digital, or if gaming is becoming more like the real thing is a difficult topic. Cox believes Nissan is “all about digital performance”, but Kazunori-san points out that the future of the GT series lies in ‘edge effects’ – blurring the virtual with reality. So it appears the two worlds are converging. Just look at F1 simulators now to see where the game is heading in the next 15 years. The full immersive experience of GT 3D? Kazunori hasn’t ruled it out. 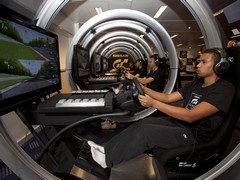 The upshot is as driving becomes more digital and computers are able to map movements in a more sophisticated way, the game is now more realistic than ever. According to Jann Mardenborough, the area where the simulation is closest to real life driving is how the car moves around and yaws when it loses grip, as well as the amount of steering input you need to change direction. The weaknesses, though: “There’s no g loading. You don’t get that feeling through your backside like you do in a real car.”

The real benefit is its accessibility. “We’re democratising motorsport”, reckons Cox. “GT Academy has provided bedroom gamers with a cheap opportunity to get into top-level racing.” 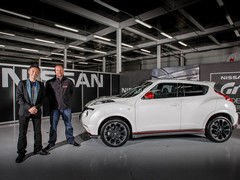 It’s given Nissan a successful driver training programme, too. In such a relatively short space of time (we’re talking months, not years plugging away in karting and junior formulae) the GT Academy graduates are on the pace of bona fide sports car aces, and it’s cost Nissan next to nothing to establish.

“We made lots of discoveries about how a car reacts using sensors when I was racing the N24,” says Kazunori. “After my first time racing I wanted to share the experience with everyone. That’s why we’ve translated these developments into Gran Turismo. That’s why it is like it is.”

There’s no doubt GT6 is an improvement – even in demo form – but it’s still no match for the real thing.

Subaru BRZ revealed with 228hp - and no turbo