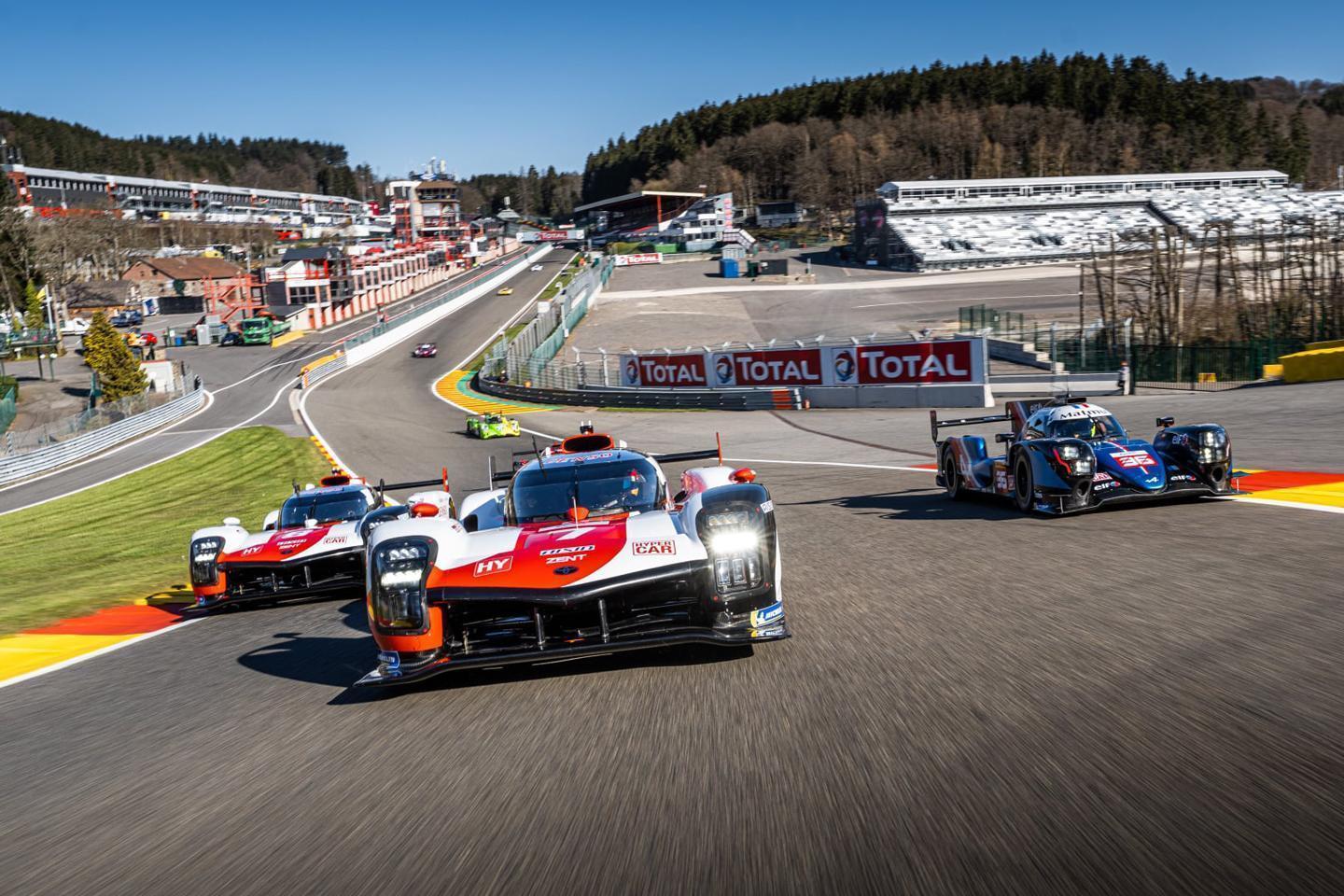 After months of regulation fine-tuning, team announcements and no shortage of Balance of Performance controversy, the long-awaited World Endurance Championship Hypercar class will finally go racing this weekend at the Six Hours of Spa. And while just two teams, Toyota and Alpine, will compete at this opening round, reigning champion Mike Conway is readying himself for one of the most challenging years of his career. Not only because the new cars will be so technically different, but because the top class will no longer have a big advantage over the field. The days of LMP1 cars darting through traffic are officially done.

“We’re definitely quite a bit slower than what we had before,” said the 37-year-old Brit, who’s back alongside Kamui Kobayashi and José María López in Toyota’s new GR010 Hybrid, as he spoke to PH over the phone from the Spa paddock. “In the LMP1 car we would qualify here in 1 minute 53 seconds, but this year we expect to get something closer to a 2:01. So it’s a big difference in performance. And the actual driving is more of a challenge, like Eau Rouge and Raidillon is a really hard corner now. You’re flat, but I don’t think we’ll be able to do that on all of the laps anymore.”

That will probably be music to the ears of anyone who felt like Spa’s most famous section had lost its edge in recent years. It arguably hasn’t – the frequency of big offs there highlights the incline’s ever-present hazard – but now, with less downforce from Hypercars that are more than 150kg heavier than their predecessors, corners like these will provide drivers with a greater challenge. Conway says that “everything shifts” over the lap, with “braking markers, the speed you can carry through the corners and some kerbs now usable more than before, because the cars are heavier,” so “you can get away with it”.

Stopwatch aside, that bodes well for the spectacle. Although Conway – who first proved his talent in cars by winning in Formula Renault and then Formula 3 in the noughties – doesn’t appear particularly concerned about adapting to the new challenge. He said: “When you’re used to cars with lots of downforce you’re more in tune to any car you jump into. But when you get into a car that’s a lot heavier [1,040kg versus 878kg for the LMP1 car] it requires different things to be fast. But I feel like I got on top of the car pretty quickly; it’s still a prototype style of driving. Every time you get in it you pick up something here and there. Although it’s circuit dependent; something that works at one doesn’t work at another one.”

Add in the new threat of a closer field, where LMP2 cars could theoretically breathe down the neck of slower Hypercar class machines, not to mention the potential standard of a category that’ll include an already proven Alpine chassis – the French outfit has developed its A480 from the Rebellion R13 prototype – and an all-new Glickenhaus in the coming weeks. And, of course, the elephant in the room (potentially literally), Balance of Performance, and it’s clear to see why even Conway refrains from making any guesses for 2021. He’s more upbeat about the prospect of BoP than many fans have been, accepting that “it’s going to be a quite different way of racing”, but that Toyota is “thinking about the bigger picture”. Not that there’s any way of knowing how the GR010, complete with its 680hp V6 and 272hp front-mounted hybrid system, will stack up before the first race.

“We might not absolutely show everything [in terms of pace] all of the time,” he says. “So it’s definitely a different way of doing things. But I think with the systems they [the ACO and FIA] have in place, in terms of being able to see the power, the downforce, the way we are throughout the stints and our pace, that’s going to enough to effectively dictate the BoP. I think once everyone arrives and we’ve got a few races under our belts, hopefully it’ll get better. As long as it’s really close, then that’s all we want. Good close racing, big fields again.”

Few would disagree with that, although many have already pointed out that BoP has brought plenty of controversy to the GTE category, with entrants accused of sandbagging in the run up to Le Mans, so as to ensure an advantage. No doubt that’s what Conway is referring to when he talks about not showing all of the cards, although arguably in a category that’s already pretty tight in a regulatory sense, the field might be naturally closer anyway. Conway isn’t expecting Toyota to have it easy, put it that way. He says, “if any of the teams are quicker than us, then so be it”, before pointing out that LMP2 cars could provide a real threat this time around, especially at the big one: Le Mans.

“It’s always hard to get a car across the line at Le Mans, and ours is new so we’re still learning about it, finding a few gremlins here and there that we’re trying to get on top of,” he explains. “We know it’s going to be a challenge, but at least we have a few races before it now, with Spa followed by Portimao, Monza and then Le Mans, which I’m yet to win. We’ve got some testing in between them so we should be pretty confident, but Alpine is coming with a known car, and the LMP2 guys are going to be very reliable. It’s going to be one of those years where you can’t have any issues. If you go to the garage for even a lap, it could be your chance to win over.”

The thought of an LMP2 team giving the top category cars a run for their money harks back to the days when LMGT1 category cars fought closely with prototypes. Much of the Hypercars’ regulations have been designed to bring some of that ‘magic’ back to the sport, so the prospect is by no accident. Like those days, lapping traffic is liable to become more difficult, with lower closing speeds, although the new rules should reduce the need for fuel saving, so perhaps the average race pace will be closer to what we had before. We’ll have a better idea come Saturday, when Conway and his teammates will be hoping for the least eventful race possible. Thankfully for us spectators, all things suggest the opposite is more likely in 2021.