Part of a renewed alliance will see a Mk2 Toyobaru reach production - hurrah! 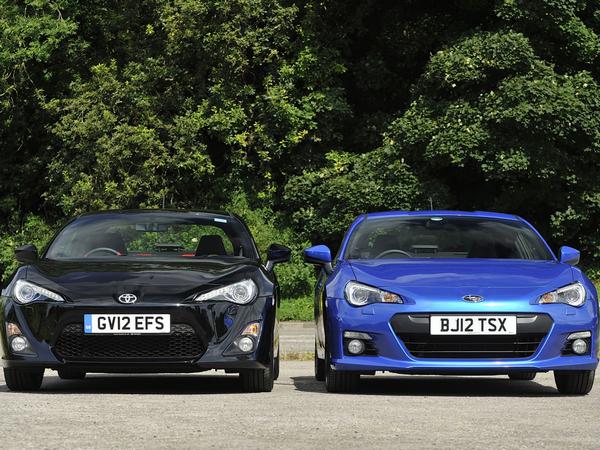 There can't have been many more debated cars launched since 2012 than the Toyota GT86 and Subaru BRZ. The lightweight, rear-drive, flat-four coupes have come in for some stick because of the power they make (or rather, don't), the noise they emit in the process, their sticker price and their plasticky interiors. On the flipside, they've been praised for their back-to-basics approach, sweet handling, great gearboxes and dedication to the front-engined, RWD layout abandoned by so many others.

It would be fair to say that sales probably haven't met with expectations, so it's even more pleasing than it would have been to confirm that a second generation of BRZ and GT86 will definitely happen. In a release issued by Toyota detailing the firms' refreshed alliance, it says under section one - 'In pursuit of making ever-better cars beyond that achieved thus far by Toyota and Subaru' - that there will be joint development of the 'next-generation Toyota 86 and Subaru BRZ'. Perhaps not the most thrilling announcement, or the most detailed, but it's good to have the rumours and conjecture of recent months put to rest with something from the manufacturers themselves.

Truth told, the statement is a lot more about the progress of the two toward a CASE (Connected, Autonomous/Automated, Shared and Electric) future than in making sports cars, various statements about 'aligning capabilities', 'vehicle electrification technologies' and 'strengthening bonds' peppering the text. However, it also suggests that Toyota and Subaru will continue 'to pursue driving enjoyment in the CASE era and to make ever-better cars beyond what either company has been able to achieve thus far.' We can surely all agree that those are pretty encouraging words.

It's too early to tell what that actually means for the next BRZ and GT86, given their development has only just been publicly announced. You would have to hope the focus on driving purity and raw thrills can be retained, perhaps made more desirable to the broader market by slightly plusher interior. It's a tough ask, of course, but the commitment to the cause deserves praise - we can't wait to see what comes next.

Search for a BRZ here.