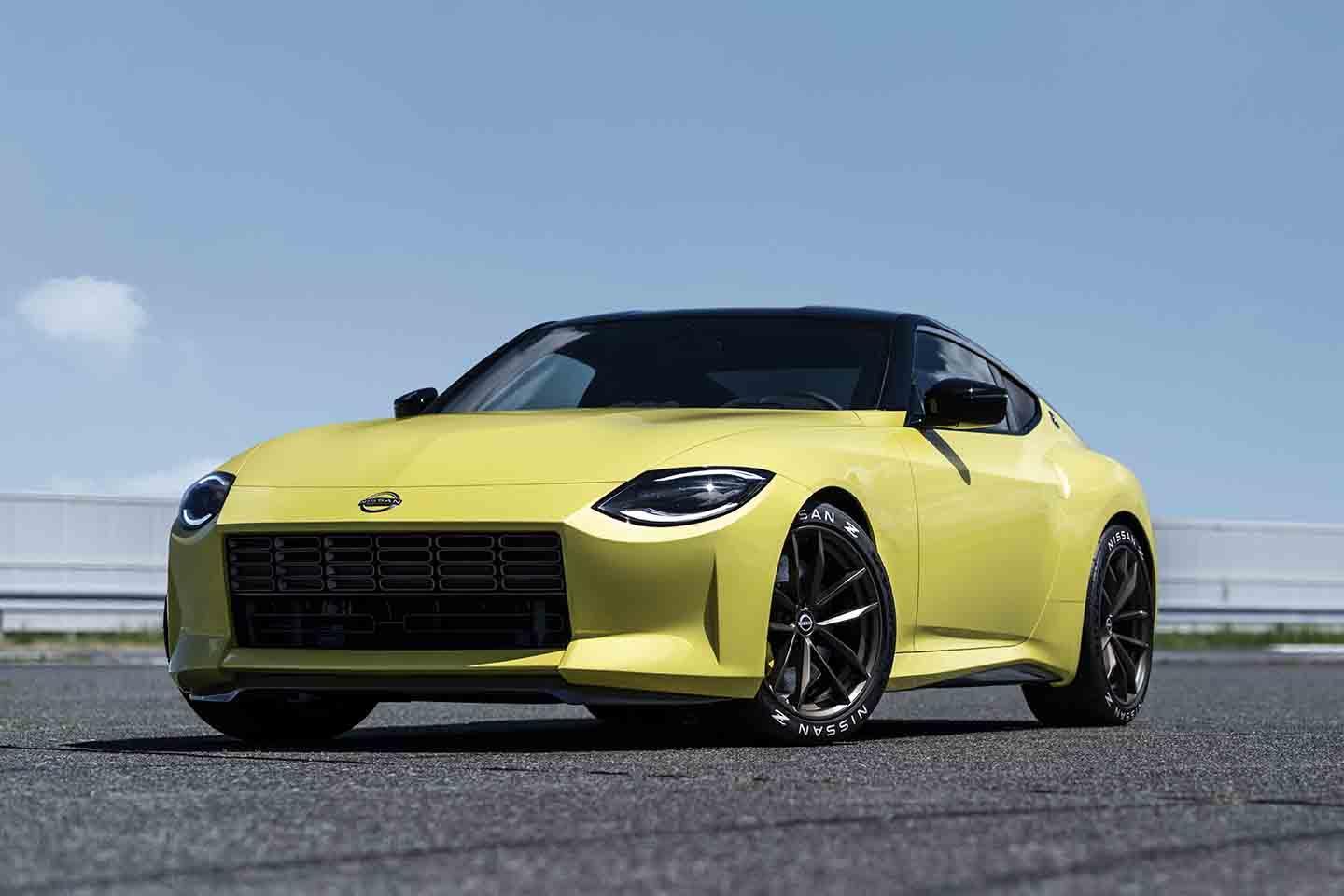 Good things come to those who wait, if you believe what Guinness and Nissan tell you. With the 370Z having hit the road back in 2009, the Roadster very soon after and the NISMO in 2013, fans have been holding out for a new Zed car for quite a while now. Even when updated for the 2018 model year, the 370Z was more likeable novelty than genuine contender. So this has been a while coming - and, at long last, here it is: the new Nissan Z Proto.

This isn't quite the finished product yet, rather one "signalling the company's intent to launch a new generation of the legendary Z sports car." That said it would be a real surprise to see the production car deviate much from this preview and, quite frankly, a bit of a disappointment as well. Because there's plenty to be encouraged by.

A big chunk of that appeal lies under the bonnet, as it typically has for Nissan-built sports cars. The Proto is fitted with - and Nissan is currently only discussing - a six-speed manual gearbox and a twin-turbo V6 engine. Which is great news if you ask us. There are no firm output figures just yet, Nissan only admitting that each new Zed generation "had a more powerful engine" (implying this one will as well), but it's almost certainly the same V6 as found in the Infiniti Q60. There the 3.0-litre makes 400hp and 350lb ft, which would be more than enough for a sports car lighter than the big GT.

Details elsewhere are similarly indistinct but worthy; the "excitement of a pure sports car" is promised, with an alliance of "the power with the grace and control that has defined the Z for the past 50 years." As for design, Nissan says the Proto "boasts a fresh attractive exterior design with a silhouette that communicates respect for the original model." So it's yellow (just like the original), has a black roof (like the original) and features tail lights inspired by the 300ZX. Note as well the carbon accents, the front tear-drop LEDs (like the original, of course) and the twin exhausts, which have been a Z staple for decades.

Further cementing the idea that the Proto is pretty close to the real deal is the level of detail already provided by Nissan about the interior. Apparently designed "to fit driver and passenger like a glove", the new cabin gets further yellow accents, a 12.3-inch digital driver display and a deep-dish steering wheel to increase the retro vibe - but with vital controls mounted there to keep it contemporary.

Which all sounds pretty great to us - a Nissan Z that pays due respect to its enviable heritage while embracing all that's great about modern sports car. Just the thing to take it to the Porsche 718 Cayman, the Toyota Supra, BMW M2 and so on. Only the it isn't - at least not in Europe. The next Z will only be marketed in the US and Asia, which will be hugely disappointing news to fans in the UK and further afield eagerly awaiting another Nissan sports car. The official explanation is much as you would expect: "A shrinking European sports cars market and specific regulations on emissions mean that Nissan was unable to build a viable business case for the introduction of the production version of the next generation Z-car in Europe."

Which sounds upsetting enough, only for the real kicker to come at the end: "In Europe, Nissan's priorities remain on its commitment to renew its crossover line-up and accelerate its range electrification strategy." Which will presumably leave only whatever the GT-R becomes as Nissan's sole enthusiast-focused product on sale in Europe. For a brand with such an illustrious sports car heritage and a dedicated fan base to boot, that's frustrating to hear. Sadly, that seems the way of the world in 2020; don't expect Nissan to be the only ones cancelling fun stuff in the coming years. If we can face writing about what we're never going to officially see, expect more Proto details soon.