Want the ultimate in Nissan performance? Set aside McLaren money... 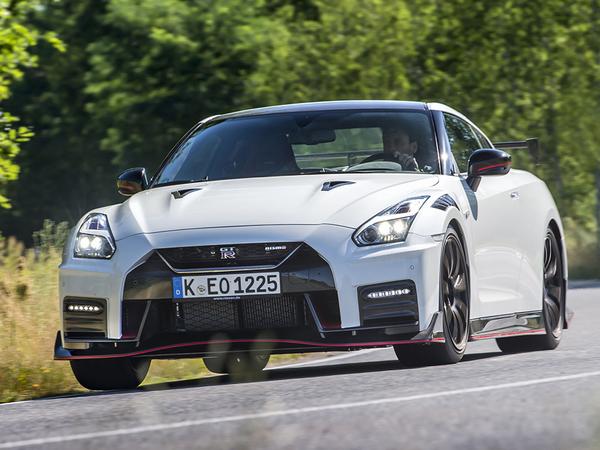 Since its introduction half a dozen years ago, the NISMO GT-R has been defying all expectations; it began with a frankly staggering 7:08 Nordschleife lap time, and continued with the first drive reviews. In its initial form the NISMO was described on PH as "deeply impressive"; it was updated again in 2016, creating a car that "GT-R enthusiasts will adore... with very good reason." At this year's New York show, 50 years of GT-R was marked with another NISMO revision promising "enhanced engine, handling, braking and aerodynamics." Given the high bar already set by previous NISMOs, that promised a great deal.

Today we have confirmation of the MY2020 GT-R prices for UK customers, the NISMO topping the range at £174,995. That's £25k more than it used to cost over here, a reflection presumably of the extensive modifications ushered in for this generation. These push the car even further into the realms of super track exotica, lining it up against machines like the AMG GT R Pro (£188,345), McLaren 570S Track Pack (which adds £16,500 to the price of a standard car) and £165k Vantage AMR 59. That's before considering those models that are sold out, cars like the McLaren 600LT and Porsche 911 GT3 RS. It's as formidable a group of rivals as you're likely to find anywhere.

Still, the GT-R has a knack of defying expectations, convention and physics, so don't be surprised to find the NISMO taking it to all comers. Beyond those modifications mentioned earlier in the year - weight reduced through carbon panels, retuned dampers, new Dunlop tyres, GT3 turbos and aero work to shave 2.5 seconds off its lap time - the NISMO will get seats of increased torsional rigidity. Yes, really. And they're 1.4kg lighter than before, but only offered in one colour combination of black leather with red accents.

The entire 2020 GT-R range, including a standard car and Track Edition as well as the NISMO, is available to order now. For those who like the idea of a NISMO but can do without front wing louvres that increase downforce by 7kg for no drag penalty, five per cent more cornering force from the latest Dunlops and a 2kg lighter bonnet, this 2016 car is the first we've seen at less than £100k. It looks a lot for an R35, but trust us: the NISMO has never been just a regular GT-R, and expect that to continue in the latest version.