The heading at the top of my notebook says 'DeltaWing II' and when Nissan motorsport man Darren Cox spots it he's quick to correct me. "You're not to call it that!" he says, before sighing, "but I suppose a lot of people will think it." 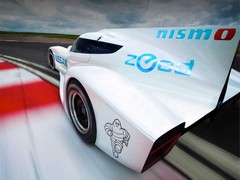 ZEOD will be able to run purely on electric

following its own path

Stateside and in possession of many of the patents following

the split from Nissan

this all-new racer is the ZEOD RC. And the D-word is off limits. "They wanted to build racing cars, we wanted to use it as a technologly test bed," shrugs Cox.

If the intellectual property lies with DeltaWing Racing in the States the emotional property is something Nissan quietly holds a claim to, having put its name to Bowlby's radical design and entered it in last year's Le Mans. And it's at Le Mans where the ZEOD RC is being revealed in public for the first time in Nissan's FanZone as part of the brand's 'fans first' philosophy. This rides on the back of huge popular support for the wild-looking DeltaWing, despite it sadly being knocked out of the race even after frantic efforts by the team to keep it running.

ZEOD stands for Zero Emissions On Demand and in case you hadn't already guessed the new car will be able to run purely on electric power at speeds of up to 186mph. Even Nissan's experience of electric cars hasn't figured out a way of doing this for 24 hours yet so there will still be some form of internal combustion engine involved too, be it as a range extender or full hybrid drive. Nissan isn't saying yet but Cox says the powerplant will be "radical" and not necessarily the highly developed 1.6-litre Juke engine that was in the DeltaWing. Indeed, everything on the car from the tub up is brand new with just the concept carried over into the ZEOD age. 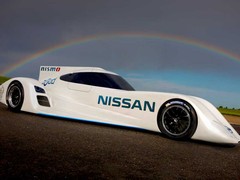 Ssh, don't call it a DeltaWing - it's the Nissan ZEOD

"The ZEOD RC programme is designed to develop multiple technologies to evaluate how they could be used for a future LMP1 class return of Nissan at the Le Mans 24-hour," says Nissan's Andy Palmer. "There are multiple options we are investigating. A Zero Emission on Demand option where the driver can switch between electric and petrol-powered drive is a future direction for road cars, so that will be tested in addition to pure electric power and other new technologies that we still have under development."

That programme starts with a Garage 56 place for 2014 for experimental cars but, as above, it's Nissan's stated aim that the ZEOD should spawn a 'proper' LMP1 car.

And with Bowlby on board - he's now officially Nissan's Director of Motorsport Innovation - it's no surprise to see a return for the 'narrow track' configuration for the ZEOD RC. As Cox puts it, Bowlby is an aerodynamics and packaging man rather than drivetrain focused, his innovative and free-thinking approach finding a perfect partner with Nissan's established electric experience both in road cars like the Leaf and the NISMO Leaf RC experimental racing car. 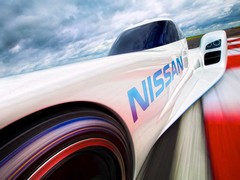 "Developing a car like this provides an incredibly challenging test bed for what could be highly-effective options for road cars of the future. Throughout the next 12 months we will be testing multiple drive train options in an extensive test program," says Bowlby in an official Nissan press release. "We have many options to consider and test. The test program is part of a longer term goal of developing a system and a set of rules for this type of technology in partnership with the ACO that would be best suited to competing at the highest level of this sport. A large part of our work in the coming months is to discuss with the ACO future opportunities for the 'electrification' of the Le Mans rules in the future and work towards delivering appropriate technology. Garage 56 is a bold move by the ACO to showcase Innovation and allow testing of untried components and systems for future competition use. To this end they are the most forward thinking promoter in Motorsport today."

With two thirds of the LMP2 grid at this year's Le Mans Nissan-powered the firm clearly has designs on continuing this quiet domination of endurance racer drivetrains onwards into the electric era. OK, so 'DeltaWing' as a brand continues on a different path. But as a concept Nissan is sticking by it and with Bowlby at the heart of it you can think of it as the start of a new age, not the premature end. Like Formula E advocate Lord Drayson, who we met recently, it'll put British engineers at the heart of the electric revolution too. Which can only be a good thing.

Oh, and the blue lights? Those parts of the car will be illuminated by LEDs when the car is running on purely electric power. Which'll look pretty cool half way down the Mulsanne at 186mph.