Supra approaches middle age; the special edition to mark it is appropriately discreet 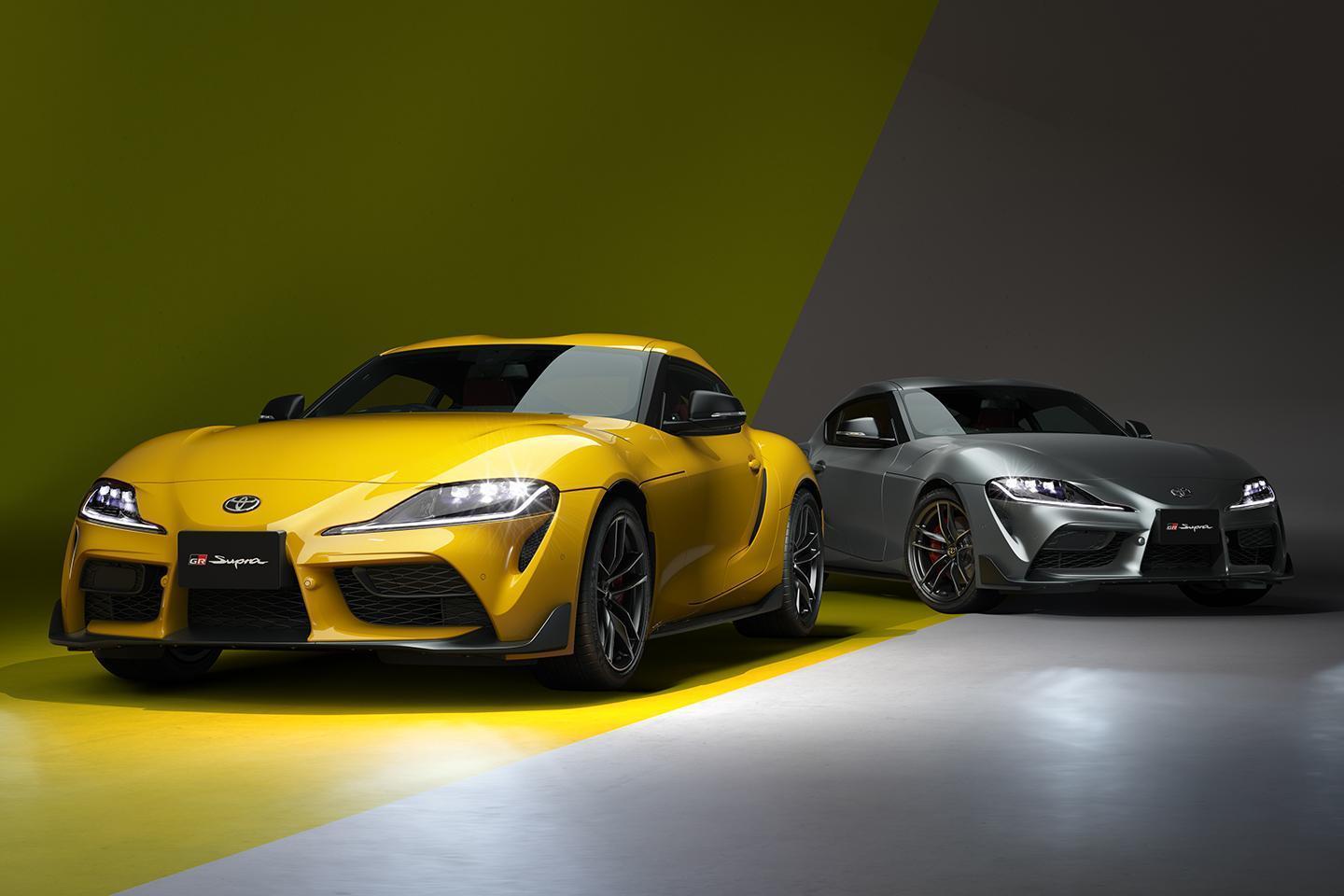 Though absent from production for almost as many years as it's been in it, the Toyota Supra is 35 years old in 2021. It was 1986 when the Supra and Celica were separated as model lines, the first Celica Supra having emerged eight years earlier. Toyota is marking the anniversary with a pair of 35th anniversary cars, limited to - you guessed it - 35 cars each and deliveries (only for the Japanese market) from December.

The RZ 35th Anniversary Edition is based on the 3.0-litre, straight-six Supra and gets Storm Grey metallic paint, red leather seats, 35th anniversary 'carbon ornaments' and 19-inch forged wheels. The SZ-R 35th Anniversary Edition is the four-cylinder model and is fitted with the same wheels and ornaments; in addition, it also gets five colour choices (including the yellow seen here), red brake calipers and new upholstery.

It's standard anniversary edition fare, really, and to be expected for a birthday that doesn't usually involve much fanfare - 40 years of Supra ought to be something special when it rolls around in 2026. In the meantime, Toyota fans in the UK have the introduction of the new GR 86 to look forward to following its dynamic world debut at Goodwood last month. We're expecting to see the car before the end of the year ahead of its 2022 on-sale date.

Japanese Supra fans can throw their hats into the virtual ring for buying a 35th Anniversary right now; the ballot is open until August 31st, and names will be drawn on September 7th to decide who gets the 70 cars. They are priced at 6,535,000 yen for the 2.0-litre (£42,800) and 7,835,000 (£51,300) for the 3.0-litre. Don't be surprised if the waiting list is oversubscribed, despite the fairly modest spec changes. Any disheartened UK buyers might be pleased to know that deals do seem to be out there on regular A90 Supras - this car is 21-plated and £45k.