... it's looking closer to production now, too! 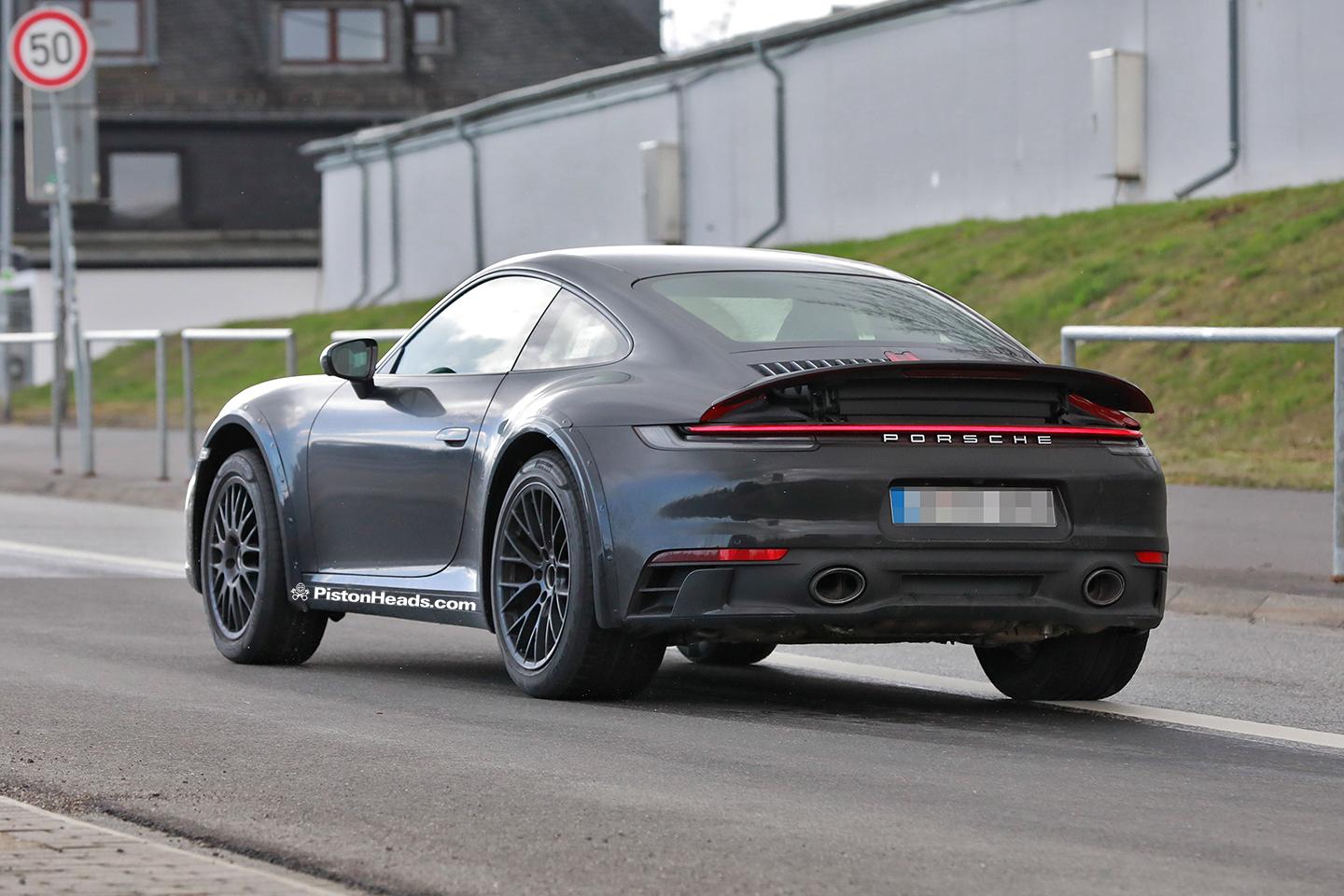 By their very nature as high performance sports cars, Porsche 911s aren't exactly commonplace. Popular, yes, but not ten-a-penny. Therefore the demand for and number of modified examples must be even lower still, because not everybody wants a noisy exhaust and jazzy wheels. And yet we live in a time where a subset within the niche of tuned 911s is fit to burst: the off-road ones.

There's the Tuthill-built Singer car, the Ruf SCR Rodeo, the Gemballa Avalanche and the Turbo-based project being worked on by MP Gemballa. Don't forget bespoke projects either, like the Targa Safari made by a PHer and completed last year. If backdates are now a little passe in the modified Porsche world, then it seems that a Safari-style build is the current flavour of the month. And it looks like Porsche itself might be joining those ranks...

A high-riding 911 was spied last year, but this one looks notably more presentable than that mule - if still amusingly agricultural for a car so often seen setting lap records. The rear spoiler is now familiar from the rest of the 992 Carrera range, the wheels and brakes look production spec and, well, the whole thing looks more complete than it did six months ago. Which is exactly how you would expect development of a prototype to run on the route to production. We just never though a 911 like this would make it to production...

There's more to be encouraged by with the inside, best seen on the Nordschleife pics. It's using both the seats and the roll cage from a GT3 RS, which you might say further hints at its viability. A Safari project of any kind is likely to have some motorsport influence, so where better to start with that than the 911's all-conquering circuit weapon? Especially in the lead up, presumably, to a 992 version. Or maybe they were just the best available. It would seem strange, however, for Porsche to go to this effort for no reason.

2021 would be the year to do it, too, marking 35 years since the famous 1-2 finish of the 959 at the Paris Dakar. Following an encouraging debut in 1985 with 3.2-litre Carrera engines, the turbocharged cars that followed the next year demolished the opposition. And how much power was in a 959? 450hp, or exactly the same as is now found in a 992 Carrera S. This story basically writes itself. We can't wait to see what follows next.