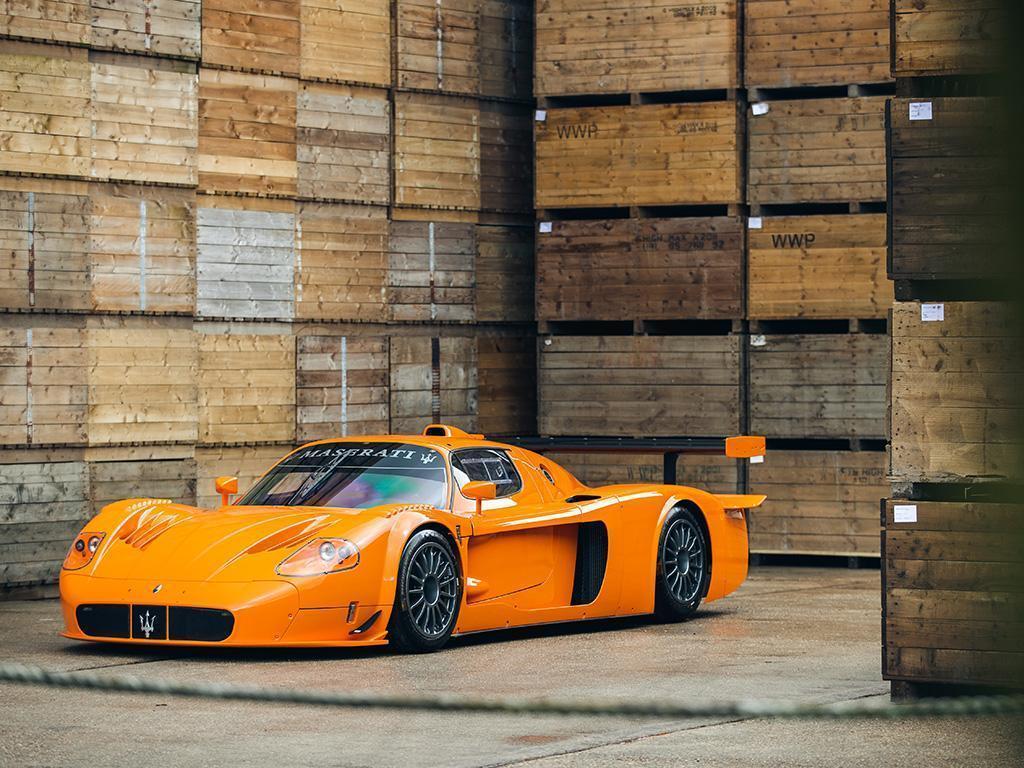 In the illustrious annals of Maserati's motorsport heritage, the MC12 probably doesn't get the attention it deserves. Because it absolutely monstered the GT racing competition during the 2000s.

In 2005, Maserati won the FIA GT Manufacturers Cup with 239 points; Ferrari finished second on 124. That same season four MC12 GT1 drivers finished within four points of the driver's title. With only one private team campaigning the car in 2006, the Manufacturers title was off the cards, but Vitaphone still won the Teams Championship. And then again in 2007, followed home by another MC12 team, Scuderia Playteam Sarafree. Oh yes, and another outfit won the amateur Citation Cup with it in the same series that year. By 2010, Vitaphone Racing had won six consecutive FIA GT team titles, the last in the new-for-that-year GT World Championship. Quite some record.

The car you're looking at here, however, isn't an MC12 GT1. It's arguably even more exciting than that, because it's an MC12 Versione Corsa. Consider it like a Ferrari FXX or the new Porsche 935. Freed from the constraints of competition and limited to track use only, it can be as wild as its manufacturer deems fit. For the MC12 Versione Corsa, Maserati was charging a million bucks and only making a dozen - so it was going exceedingly wild, thanks very much. The Wikipedia entry for the car reads as follows: "Unlike the FXX, Corsas are not used for research and development, and are used only for entertainment." Very good.

No longer held back by GT1 restrictors, the 6.0-litre V12 was unleashed, rated at 755hp and moving just 1,150kg. Or, to put it another way, 110hp more than the road car with around 300kg less mass. Maserati reckoned it could 0-124mph in 6.4 seconds, presumably with your head having exploded at 100. This is how you do track-only supercar specials: imitate Ferrari, but make yours rarer and better looking (note the shorter nose here, from the GT1 car rather the production model, which was required for its American Le Mans Series racing).

All MC12 Versione Corsas were meant to be Victory Blue; this one quite clearly isn't, having been painted this way by Maserati at the request of its first owner. Used sparingly, with its second owner the Versione Corsa has been mechanically refreshed and is ready to terrorise whichever private track day the next custodian cares to take it on.

While contemplating the purchase will be a privilege limited to the few, admiring it in high-res glory can be a treat afforded to the rest of us. In these fairly sombre times, nothing quite lifts the mood like a bright orange V12 Maserati. That new MC20 has quite some reputation (and record) to live up to...

Latest Pic Of The Week articles

Morgan Plus Four | Pic of the Week

Plymouth Superbird | Pic of the Week