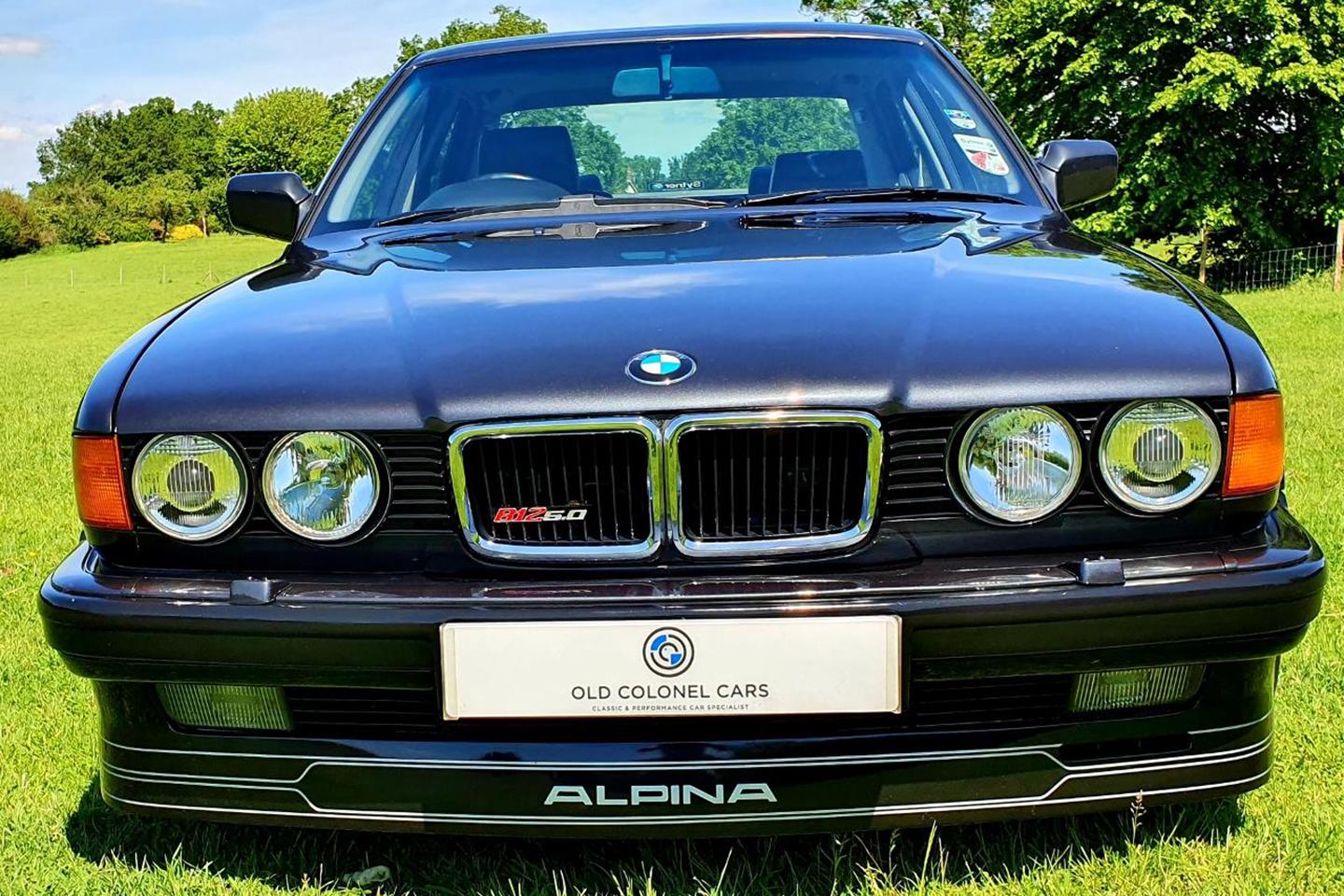 So, there's a new Alpina XD3 on sale - you might have seen. Expect it to be a perfectly decent car, too, given the BMW X3 is and given Alpina's recent work in making very good BMWs even better still. It'll likely prove popular if previous iterations are anything to go by, and customers will surely be pleased as punch with their new car's combination of performance, luxury and exclusivity. Right up until they kerb a wheel.

But it's not going to be a legendary Alpina, the XD3, in much the same way that the four-cylinder D3s won't be and the Roadsters seem unlikely to either. All good cars in their own way, but in the same fashion that cult favourite Audis are big estates and the most popular Ferraris are mid-engined V8s, there's a template for an Alpina icon: big BMW saloon, enormous engine, impeccable style.

Something a bit like this, then. More than 30 years ago, Alpina put a V12 in a production model for the very first time - the B12 5.0. Derived from the contemporary 750i, it was actually Alpina's third E32 7 Series, with the previous B11s both using six-cylinder engines. And although the most powerful of those, the B11 4.0, got to 315hp, it was the B12 that really caught the attention; so much so, in fact, that the badge was used for Alpina's take on the original 8 Series and the replacement 7 Series, too. A V12 improves the 7 Series and Alpina improves BMWs - of course it was going to create a stir.

Using the 4,988cc M70 V12 as a base, Alpina fitted higher compression Mahle pistons, larger inlet valves and a new exhaust, amongst other things. The valve timing was tweaked, and the combustion chambers modified to get more fuel and air together, resulting in 350hp - up from the standard 300hp, and instilling a much revvier character. See the modest torque climb of just 15lb ft, from 332 to 347, for additional proof of that. There was much more to the B12 overhaul - as always with Alpina - than mere performance, too, with upgrades to the steering, suspension and transmission. Then, of course, those wheels and those graphics were fitted - job jobbed.

Perhaps unsurprisingly given that a V12 7 Series is enough for most (and an Alpina version of that car won't have come cheap), not all that many B12 5.0s were made, with just 305 said to be built between 1988 and 1994. So this car would be rare in any guise; however, as a UK-supplied, right-hand drive, short-wheelbase 5.0, it's incredibly so, believed to be just one of five.

It's perfect High-Mile Club fodder. Almost 150,000 miles over three decades of course isn't much of a yearly average - we featured a later B12 recently that had done more than that in two thirds the time - but what makes this Alpina notable is how good it looks on that mileage. The paint is still lustrous, the engine bay pristine, the interior seemingly fit for 60 years and 300,000 miles of driving. Of course, it will have taken some care to get to this point, but the B12's condition surely also points to some incredible build quality as well. The advert backs that assumption up, with loads of history and nice touches like four matching Michelins, BMW car club literature and letters from Alpina all included.

It's for sale at £29,995, reflecting what the dealer calls "a large increase in demand for this model this year." With the E32 7 Series now out of production for more than a quarter of a century, good ones are becoming hard to find as they spent so long so cheap - leave alone an Alpina special. Even a 730i of the era with almost 250,000 miles apparently commands £10k, for proof of where the market now is.

With the condition and miles as they are, it would be criminal for the next owner not to put the Alpina B12 into some sort of service, even if not regular given its age. There's seldom been a better way for four to travel than a big Alpina saloon, and this 7 Series looks a perfect example of the breed. Let us know when you get to 200,000...