If the RS6 isn't a classic already, it's well on the way - here's one of the best 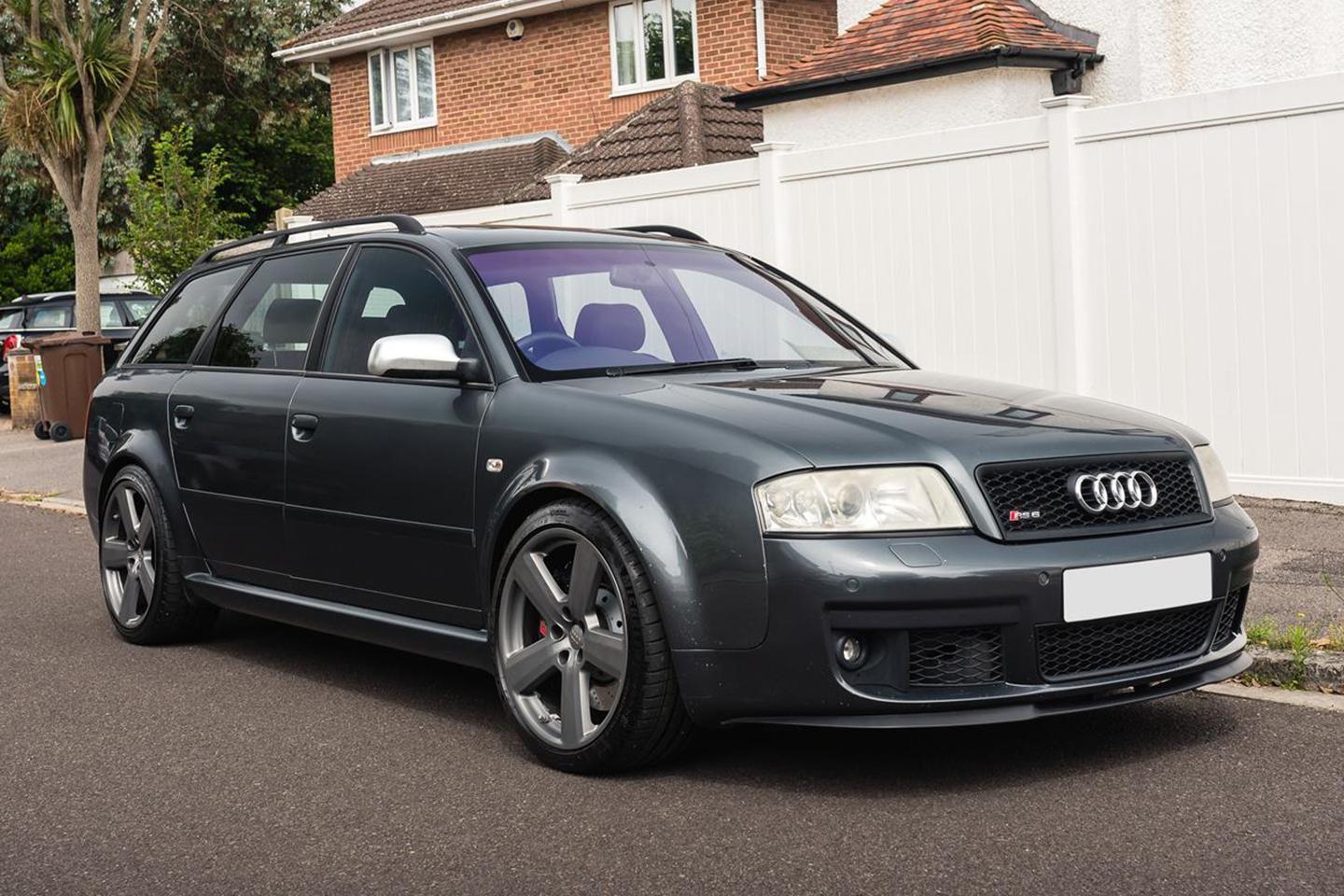 Given its reputation nowadays, it can be easy to forget what a bolt from the blue the original Audi RS6 was. Because although the RS2 and first RS4 had shown Audi could make small, fast, desirable small estates, it had been reluctant, seemingly, to upsize the formula. There had been S6s for a while, but they were as memorable as last Tuesday's lunch. It was more than eight years from RS2 reveal to RS6 debut - handy, then, that it was absolutely worth the wait.

Because the RS6 shown to the world at the end of 2002 really was like nothing else. That was quite hard to believe just a few years later, leave alone now, but it really was unique. Germany dominated the world of supersaloons and yet Audi was the one to really tap into the desire for estate equivalents. At the start of the 2000s both AMG and Alpina wagons were woefully underpowered against the 450hp, twin-turbo RS6, BMW didn't make an M5 Touring and even the most potent of SUVs - cars like the Porsche Cayenne Turbo - could only match the RS6. While weighing a lot more. And looking a lot worse.

No wonder the market demand for extremely practical and powerful estate cars took hold once this car had launched; the E-Class that came next had another 120hp and BMW resurrected the M5 Touring within three years of the RS6's debut. It's hard to imagine either making those moves without the Audi's arrival.

The original RS6 hasn't exactly been trouble free as a used proposition - fast, heavy, complex cars seldom are - but this one looks better than most. Largely because whoever bought it last year spend more than £4,000 on it, or little short of a quarter of what's now being asked; work "in recent years" (so not necessarily in the past 12 months) has included new Bilstein B16 suspension (meaning no DRC problems), a cambelt change and a gearbox rebuild. Anyone eyeing up an RS6 of this vintage should enter into ownership with a healthy contingency fund, but it's nice to know those jobs shouldn't need attention for a while let. A pretty thorough service history is reassuring, too. A stage two remap isn't ideal for those after originality - the car is pitched as "collector quality", after all - but the suspension deviates from the standard spec already. And you wouldn't be the first tempted by an even faster RS6...

This one is for sale at £18,950. That's twice the cost of last year's Brave Pill and beyond even the upper threshold when the RS6 was indoctrinated to the Heroes Hall of Fame back in 2014. It isn't even the maximum for this generation - one of the limited edition Plus models is on offer at £21,000 with 50 per cent more miles. The RS6 has clearly appreciated, then, and may well go further still as the RS brand evolves. This time around, it would be easy to understand why.