The new Stradale is upon us. Time to remind yourself why that name is so special 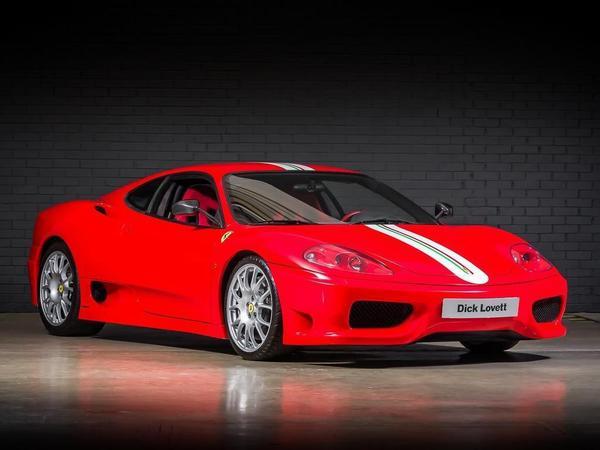 We last Spotted a Challenge Stradale in January 2016, "Ah well" I thought, "that's a bit too recent to write about again." But it turns out that nearly three and a half years have passed since then - and with Ferrari launching its latest Stradale today, what better time to take a look back at one of our favourite cars from its much vaunted back catalogue?

Forty months ago, then, it seems that prices were at a peak, with £140,000 being the entry point and the best examples residing north of the £330,000 mark. Granted that was for extremely low mileage, RHD drive cars, but today the most expensive Challenge in the classifieds is an 18,000-mile right-hand drive example for £183,850 - a relative steal.

That's not the car we've picked for you today, though. No, we've set our sights on something slightly more affordable and usable: this left-hand drive 2004 model with 28,000 miles on the clock. At £134,990 it's listed at almost exactly the same price as it would have been when new - ignoring inflation, of course - and looks to be in nearly as-new condition as well.

And that's where the Strad really shines. Designed from the outset with an 80/20 road/track use split in mind, it is bestowed with the majority of the day-to-day usability of the standard 360, with just enough of a raw edge to make it a truly thrilling drive. In addition to the racy wheels and composite buckets, the more focussed machine came with standard Brembo carbon ceramic brakes borrowed from the Enzo, contributing 16kg to a total weight saving of up to 110kg versus that standard car.

So despite only benefiting from a relatively modest 20hp increase, its 3.6-litre V8 was still able to propel it from 0-62mph in just 4.1 seconds. Once there, it offers one of the great turn-of-the-millennium driving experiences. While the Challenge Stradale may not boast the outrageous performance of its modern namesake, then, or the manual transmission of its revered predecessors, it still deserves recognition for its natural aspiration, its 8,700rpm redline and its visceral, unabashed V8 scream. No matter where Ferrari performance goes from here it'll long remain one of its most special creations. Best jump back on the bandwagon, before prices begin to rise again.