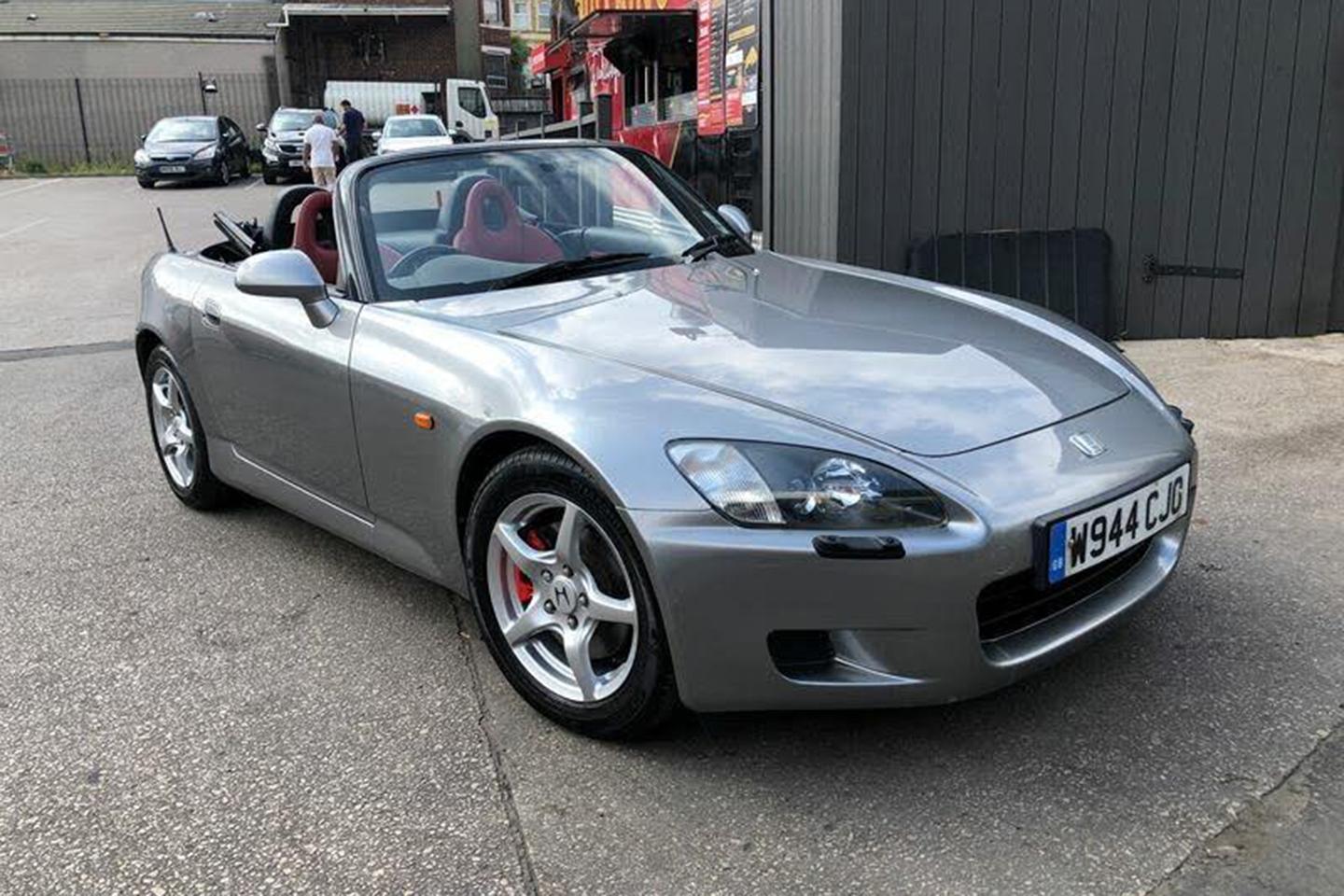 By their nature, it's not very often that high mileage modern sports cars come up for sale. They're cars for special occasions, saved up for weekend drives to the seaside or an early morning blast for an hour to yourself. Those that can afford the luxury of a newish sports car will have something else for the hard miles, able to leave the fun car for the fun ones.

But time waits for no-one, and even sparing use of a car will eventually mount up as the years pass on by. The Honda S2000 comes up so often in conversation that's it's easy to remember the Porsche Boxster rival being in production not that long ago, when actually the last one was built in 2010. It was 1999, don't forget, that the S2000 made its debut, or 22 years ago. A few miles here and there adds up over the course of two decades, and that's assuming you limited time behind the wheel - it's easy to imagine every drive being extended just that bit longer in the Honda.

This one has certainly kept its two owners busy, having accrued 165,000 miles since 2000. Which would be a fair return for any car, really - that's 8,000 miles a year - leave alone one so raw and unfiltered as the S2000. Consistent use can be seen in the MOT history, all the way back to 2006; in the past 15 years it's never done less than 3k a year or more than 8k, no doubt keeping its driver thoroughly entertained in the process. An engine and gearbox that were special when new will likely feel sensational nowadays, and what better powertrain to use exhaustively than a Honda one?

With age having taken its toll, the S2000 has recently been shown some love, with paintwork, wheels and interior treated to some remedial work. The car certainly looks all the better for it, and would be worth preserving in something like this condition, but the mileage is the mileage; you need not be precious about using the S2000 whenever and wherever suited. Which would be fantastic. It should be noted there are mentions of rust in the MOT history, however, so it would be worth finding out exactly what work has been done recently to ensure the beauty is more than skin deep.

The keen amongst you will remember that the Honda S2000 has been a Brave Pill as well, and it's here as well because it encapsulates the best bits of both features. On the one hand is an engine that should go forever, powering a car known for some iffy handling traits and a fondness for oxidisation. Will the gamble be worth it?

One thing if for certain, though: a punt on an S2000 is more expensive than it's ever been, for all the usual reasons. Those who like naturally aspirated engines, manual gearboxes and rear-wheel drive know they ain't coming back, and also know there aren't many better exponents of high-revving hi-jinks than the S2000. So, along with the recent Covid-induced hike, values have gone up: this one is £8,500. Which bought a car with 100,000 fewer miles in 2014, and is more even than the £7k Brave Pill featured last year - that was on a mere 158,000.