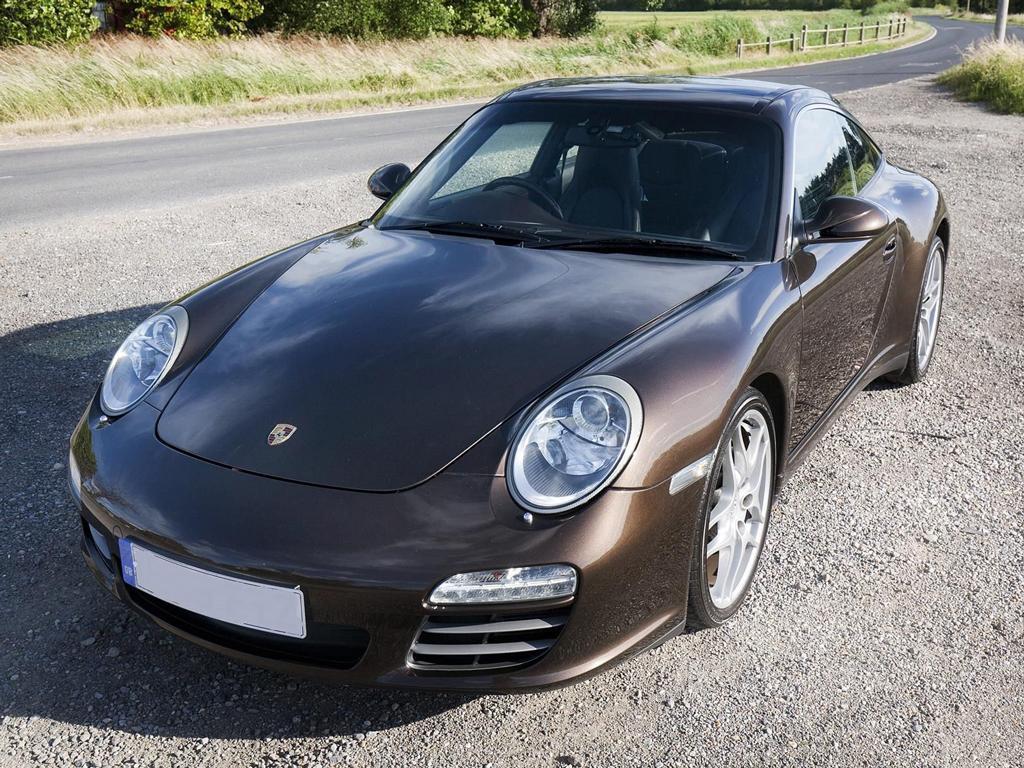 The Shed - Ford Focus
Cost: £1,190
Remaining balance: £98,810
Why I chose it:
"I originally picked a Jeep Cherokee (crazy amount of metal for the money) thinking I could use The Shed as the car to go to the recycling centre, tow things and put the dogs in. But I decided upon a slightly more luxurious alternative for that below. It left my Shed choice as a Ford Puma. I grew up in fast Fords, so I think a Puma would make a fantastic first car for my son, who's 10, so I'd get to enjoy for a few years first. The Puma sold quickly, though, so I've found another option that'll be great for teaching my son the basics of handling dynamics and the joys of well weighted controls. A Focus. With fewer than 29,000 miles on the clock (the number on the ad's wrong according to the pics) it's in great condition. I see an MOT failure for worn bushes, but that's only an excuse for me to polybush the car all round. I'd really enjoy spannering on it with Henry."

The one still on sale - Porsche 911
Cost: £37,995
Remaining balance: £60,815
Why I chose it:
"You might not be able to buy a 997, but you can still buy a 911 [bending the rules, Ben!] so I'm going with this old Carrera. It would be my daily driver. Honestly, this is about as close to the perfect spec as I could choose myself for a 911. I had a 40th Anniversary 996 for a very short period of time that left a very deep impression on me and I still pine for another 911. With free choice I would definitely have a MkII 997 in Macadamia brown with a manual gearbox. I'd rather rear-drive one if I had total choice, but as a daily driver the 4WD car is actually much more sensible. Plus, I really like the idea of a Targa top to let all the light in on that wonderful brown leather interior. I could genuinely see myself buying this very car."

The Brave Pill - Aston Martin DB9 Volante
Cost: £34,990
Remaining balance: £25,825
Why I chose it:
"I think a 15-year-old V12 qualifies as a suitable Brave Pill and this would be the perfect weekend car for me. If I've got a brown Porsche with a brown interior, then if I'm going to get a blue Aston Martin then I'm going to have to get one with a blue interior. Right? I can see this being glorious for the 17 days each year that the weather's good enough to drive to a lovely restaurant in the country. We can even go as a family (wife, son, dog). Just about."

Land Rover Range Rover
Cost: £20,950
Remaining balance: £4,875
Why I chose it:
"As I mentioned earlier, I ditched my Jeep idea for something slightly posher. For me, this is absolutely that go anywhere car. I know the latest model is dynamically superior, but it's too big, too ugly and too gauche for me. The 4.4-litre V8 that drinks the black stuff is a great motor; this would be my wife's daily and I can get all the bikes/dog/family paraphernalia in the boot on the weekends. It just looks stately. Job done."