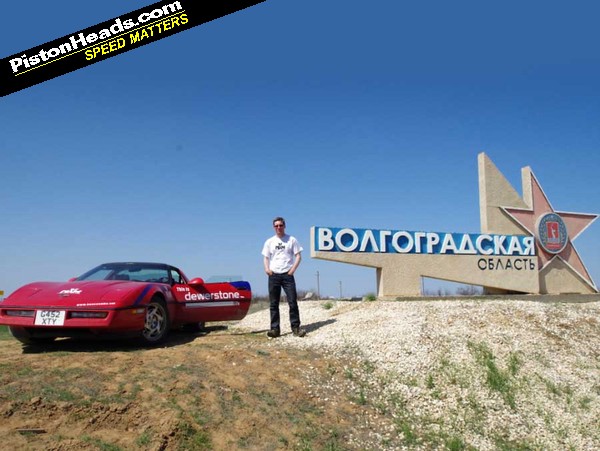 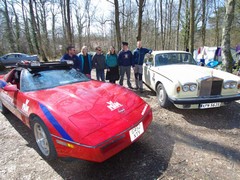 An unlikely pairing for an epic, cross continental drive

"Like many folks on PistonHeads, I've always had an affinity to big, bold road trips - the bigger and bolder the better. Back in the mists of time, some friends and I were in the pub discussing ideas for epic, globe-crossing road trips, and thanks to the reality warping properties of beer, by late in the evening only the daftest suggestions were holding any weight. It was at this stage that in a single word the daftest idea yet was mooted.

"The idea refused to go away and so last year I found myself in the market for a V8. As someone who stubbornly believes that any question in the automotive world can be answered by a sports car, my shortlist was rather limited, encompassing the cheap end of the market for such vehicles as Mercedes SLs, TVR Chimaeras ... and Chevrolet Corvettes. When a cheap 1990 Corvette C4 came up for sale 20 miles from my house in deepest Devon, I went for look out of curiosity as much as anything else, but, as soon as I saw its pumped up red bodywork and shining alloys, I knew I'd found my car. A conviction confirmed by a test drive, which marked my first taste of the legendary Chevy V8. After a quick trip to the bank to withdraw a wodge of £20 notes, the Corvette was mine." 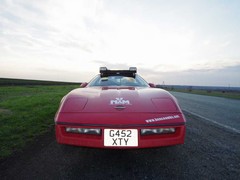 What I wished I'd known:

"I'll be the first to admit that I knew very little about Corvettes before I did the deal, my research being limited to getting increasingly excited as I flicked through YouTube videos with the sound turned up the evening before I bought it. Considering this, I was pretty lucky in avoiding the pitfalls of a rare and elderly secondhand car, and the vehicle has proved a reliable and fun companion right from the off. There are still a few things I wish I knew before buying it though - such as just how much the 275-section tyres cost, and just how easily the 'vette can light them up and step sideways when it kicks down a gear while accelerating out of villages...

Things I love:
"The engine. Despite its other appealing aspects - of which there are many - a Corvette C4 is all about the engine. You get the impression that if they could have saved a few thousand dollars by leaving off body panels and a few of the wheels, they would have, a la Ferraris of previous eras. The ubiquitous small-block 5.7-litre Chevy V8 is one of the world's great engines, characterised by its endless reserves of torque and an addictive soundtrack which combines a raucous, bellowing exhaust note with the offbeat warble that is the calling card of the lazy American V8. Obviously, the 'vette has other things to love - toughness, practicality and, in the UK anyway, rarity. However every time you open the throttle, the raw drama of that engine overshadows everything else. 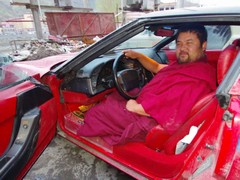 The 'vette won friends wherever it went

"My 'vette benefits from a fair bit of work by British company Real Steel, and so comes with performance ironheads, manifolds, cam and a full ZR1 exhaust system, which probably takes it somewhere north of 300hp and adds to the appeal somewhat. But still, even in standard trim, a Corvette is all about that big lump of iron up front."

Things I hate:
"Hate is a very strong word; and the only things I would say I 'hate' is the flakiness of the electrics - which I see in hindsight has been pretty well documented - and the fact that for the first few months of owning it I felt cringingly self conscious whenever I drove it in a built up area, with its brash lines and 'look at me' exhaust note echoing off every building.

"The other issues I have are just as much my fault as the car's, given I chose to take it on a trip for which it wasn't remotely designed. These issues include the enthusiastic rate at which it drinks fuel during slow driving, the unavoidable fact it was an auto, and most troublingly, the fact that after a few hundred miles on rough roads, the red leather bucket seats can become almost intolerably sweaty and uncomfortable." 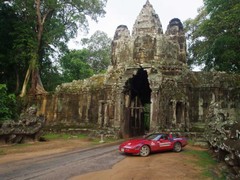 "Goodbye my love and write me when I'm gone..."

"I paid £3,800 for the beast, which I think makes it a heck of a lot of car for the money. I'm pleased to say that given the potential pitfalls of buying any car which seems cheaper than it should, I've been very lucky with the costs. Over the course of 16,000 miles and eight months, I've had to shell out on new brake master and slave cylinders, new rear brake pads, new rear tyres, and a few oil changes. Of course, this ignores the major expense of the 'vette - its healthy appetite for fuel. Driving like a nun results in a planet-saving 25mpg, however flooring it like an angry redneck sends that figure plummeting towards single figures. Despite this, as the potential running costs for 5.7 V8 steeds go, I've been pretty impressed..."

Where I've been:
"It's been to one or two places! As mentioned above, I bought the car to drive to the far end of Asia, and have done exactly that. After racking up 3,000 miles in the UK before departure, this March we boarded the ferry to Calais, with Vietnam another 12,000 miles down the road. The expedition swept through Europe to Moldova, then across the potholed roads of the Ukraine. The 'vette then passed through Russia and spent a couple of weeks with Kazakhstan and Kyrgyzstan passing beneath its wheels, before grinding to a halt amid the red tape of the Chinese border. After four days wrestling paperwork the 'vette was on the road in China, where it covered 3,500 fascinating miles in about 18 days, before arriving at the Laos border. A quick cruise around SE Asia resulted in the car arriving at Cambodia, where it is right now. 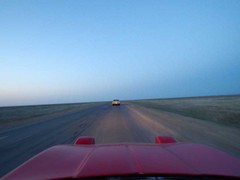 "The Corvette's journey across Asia, in convoy with a 1978 Rolls Royce, was featured in the

What next?
"Having considered driving the Corvette back to the UK, I've decided that another 12,000 miles with almost no suspension isn't overly appealing, so the car is currently for sale in SE Asia. Once (if?) it sells I'm looking forward to getting back to the UK and being reunited with my much missed TVR Chimaera; however every successful road trip needs a follow-up, and I'm already plotting a yet more epic trip to pick up where the 'vette left off..."