A serial 205 owner as a young man, this PHer wanted another; he ended up with quite a special one 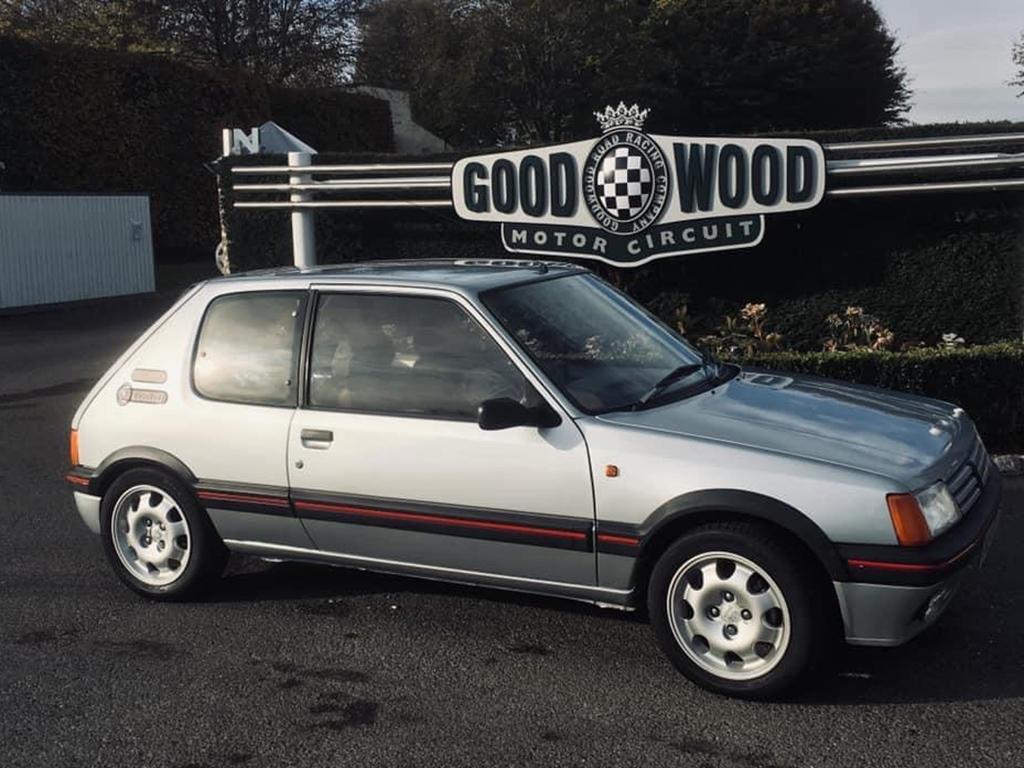 Why we bought it:
"I've been into cars since I was small. My dad always had quick cars for the time (Mk2 Escort, Astra GTE and so on) and I suppose that's where my love of cars comes from.

"When I was younger I had a succession of hot hatches including several 205s, before moving onto several Japanese imports such as Skylines and Supras. However, eventually I had to get sensible, sell the toys, buy a house and start a family. As luck would have it, my father-in-law Mike is also a massive car nut who has owned his pristine E39 BMW M5 for as long as I can remember.

"Several years ago, we decided to pool some money together and invest in a couple of classic cars that we could drive to local shows in and have some weekend fun in with the family. These all had to be cars that were on our bucket list, or meant something to us growing up, and our first purchase was a 1972 Jensen Interceptor. Our collection rapidly got out of control, and we have since owned and enjoyed some fantastic machines - although Mike still will not let me drive his M5!

"It was whilst talking to our Lotus specialist Vincent Haydon that we got on to the subject of dream garages, and discussing what cars we would have if money were no object. I mentioned that, along with the typical exotica, I would still have a l205 GTI as it is still the purest front-wheel drive car that I have ever driven, and I loved the ones I had owned growing up.

"Vincent let out a chortle and said that he had just been offered one in London and that I should give the chap a call. I told him that I wasn't really looking to buy another car just yet as one more might actually cause my wife to divorce me, but he was adamant that if I spoke to the guy, I would change my mind.

"The car was not actually for sale yet, but the owner was considering selling, so after a bit of phone ping pong we arranged a viewing. The following day we were the proud owners of D49 JUC, formally 7SM, first owned by Sir Stirling Moss. We figured that if we were to have a 205 in our collection, then this would definitely be the one to have! Previous owner aside, the car was in excellent condition having been well looked after through the years and the moment we got it out on the road I knew we had to have it.

"The car came with lots of history including DVLA provenance and a magazine features showing Stirling Moss with the car who stated that it was "exciting to drive with excellent manoeuvrability". It even still had Stirling Moss's Goodwood Road Racing Club stickers in the window and the tow bar he had fitted to tow his motorbike.

"After we bought the car I contacted the Moss family and was delighted to hear that the car was fondly remembered by Sir Stirling. Especially fond of the little Peugeot was Stirling's son, Elliot, who told me that his father had taught him how to drive in this car and remembers driving around the Moss estate, luckily without any accidents."

What I love:
"History aside, it was always the drive and the way the car makes you feel connected to the road that kept drawing me back to 205s.

"I previously had four other 205s. A little diesel one, a 1.6 GTI, a CTI and a 1.9 GTI but this is by far my favourite. I'm not particularly a French car fan, but with this little hot hatch they got it so right. This is probably why Stirling Moss bought one! There's little in the way of creature comforts compared to modern cars, with no ABS, no power steering and no sunroof - but that's the joy of it. The steering is a little heavy when manoeuvring, but it is direct and precise when at pace and allows you to really make best use of the torque produced by the great little engine. It may be getting on in years, but it still pulls like a train and handles enthusiastically. Who doesn't love a little lift-off oversteer?

"We have faster and more powerful cars in our collection, but you simply cannot use them to their full potential. However, the fun you can have in the little Peugeot is immense. You can use all of the rev range, all of the torque, and dance round the corners in a way that is not possible in a high-powered saloon or coupe.

"I also love some of the details that Peugeot added. The 1.9 alloys are effortlessly cool and the 205/1.9 rear quarter inserts break up the panel and tie in nicely to the red trim on the bumpers and side moulding.

"And let's not forget the interior. Whilst I am not a fan of the plastic (it was the 80s, I suppose) the red carpets are ridiculously bright yet look amazing and again tie into the stripes on the seat and door card. What other car could get away with such an outrageous cabin? If someone fitted bright red carpets to a mk1 Golf or XR2 they would be tarred and feathered but somehow in the 205 it just worked back then, as it still does now."

What I hate:
"What is there to hate about one of these?! I guess, as mentioned above, I'm not a fan of the interior plastics but actually that was just the norm in the 80s and I've seen a lot worse.

"My only other dislike is aimed at myself not the car and is simply the lack of time I have to actually enjoy this car."

Where I have been:
We live near Goodwood and Beaulieu and regularly attend the Simply and Breakfast club meets as well as several other local shows. As part of a collection of cars we are lucky enough to be able to pick and choose which car suits each meeting, so we haven't actually done huge miles in this car since we have owned it. Probably only a couple of hundred, but I hope this will change after lockdown as I am currently planning a few post-Covid road trips with friend to some of the UK's great driving roads - suffice it to say I'm looking forward to waking it up from its hibernation!"

Costs:
"I do not do loads of miles in it but so far it has been great. I guess this is partly due to the general reliability of 205s, but mainly due to the meticulous servicing and maintenance lavished on it over the years. All we have had to contend with has been a minor oil leak from the sump gasket and a couple of boots/gaiters for MOTs.

"Parts are cheap and there are some great people on the owners clubs and Facebook to support owners and enthusiasts and they are always happy for some general banter."