It might have a dodgy rep, but the XM's bags of quirky Gallic character has Shed won over 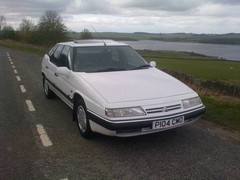 For a car that was widely regarded as a flop, the Citroen XM did rather well. It lasted for 11 years, 333,775 of them were built, and its innovative, edgy design earned it the reward of European Car of the Year (though that accolade has also gone to the likes of the Renault 9, Fiat Tipo and Peugeot 307 - so it's not necessarily a mark of greatness).

But history has not been kind to the big, angular Citroen, and its relative sales success and critical accolades lie largely forgotten. Instead, the world remembers it as a car of dodgy electrics, dubious reliability and gawky looks. It is also part of a largely dead class. Remember the Vauxhall Carlton, Renault Safrane, Peugeot 605 and Ford Granada? You probably do, but it's unlikely that you'll remember them fondly. 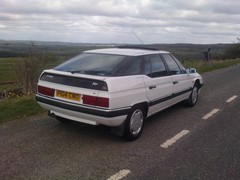 The one saving grace for the XM, however, has always been its epically vast load-lugging estate variant, with a cargo bay made all the more bottomless by the absence of suspension intrusion, thanks to hydropneumatic suspension. Its frugal and powerful diesels were always a plus point, too.

The most desirable XMs, therefore, are estates fitted with the well-regarded PSA group 2.1-litre turbodiesel. But Shed would never be that straightforward, so today's SOTW is a 2.0-litre, 16-valve petrol hatchback. Oh dear. 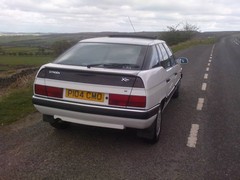 In its defence, however, this is a later series 2 car, which means it benefits from the major facelift the XM got in 1994. As well as a smattering of cosmetic exterior and interior upgrades, this involved - crucially - more reliable electrics and new 'Hydractive 2' computer control for the hydropneumatic suspension.

This last was especially significant, as the original Hydractive system frequently failed to work properly, leaving drivers with a nuggety, rock-hard ride rather than the pillow soft waft that their car ought to be capable of. 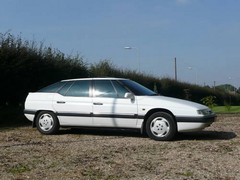 This car has done a relatively mild 87k miles and, even though it's the undesirable non-turbo petrol engine with an automatic gearbox and hatch body style, for £650 you can't really complain.

Best of all it has a comprehensive history because, with an XM, you'll need to know exactly what you're buying. Even with the better second-generation versions, you'll have to watch out for slurring auto 'boxes, dodgy clutches on manual cars, knackered ABS (particularly rusted ABS pumps), seized suspension links, worn discs and pads, knocking noises from 2.0-litre engines and failed strut top bearings (and breathe)... 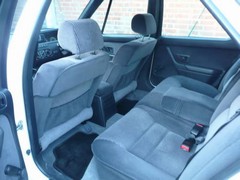 But don't let us put you off, because provided you buy the right one - and don't mind taking a bit of a punt - you could bag yourself a lovely comfy shed that oozes Gallic charm from every pore. 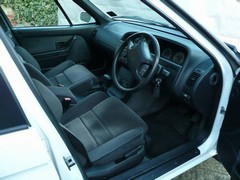