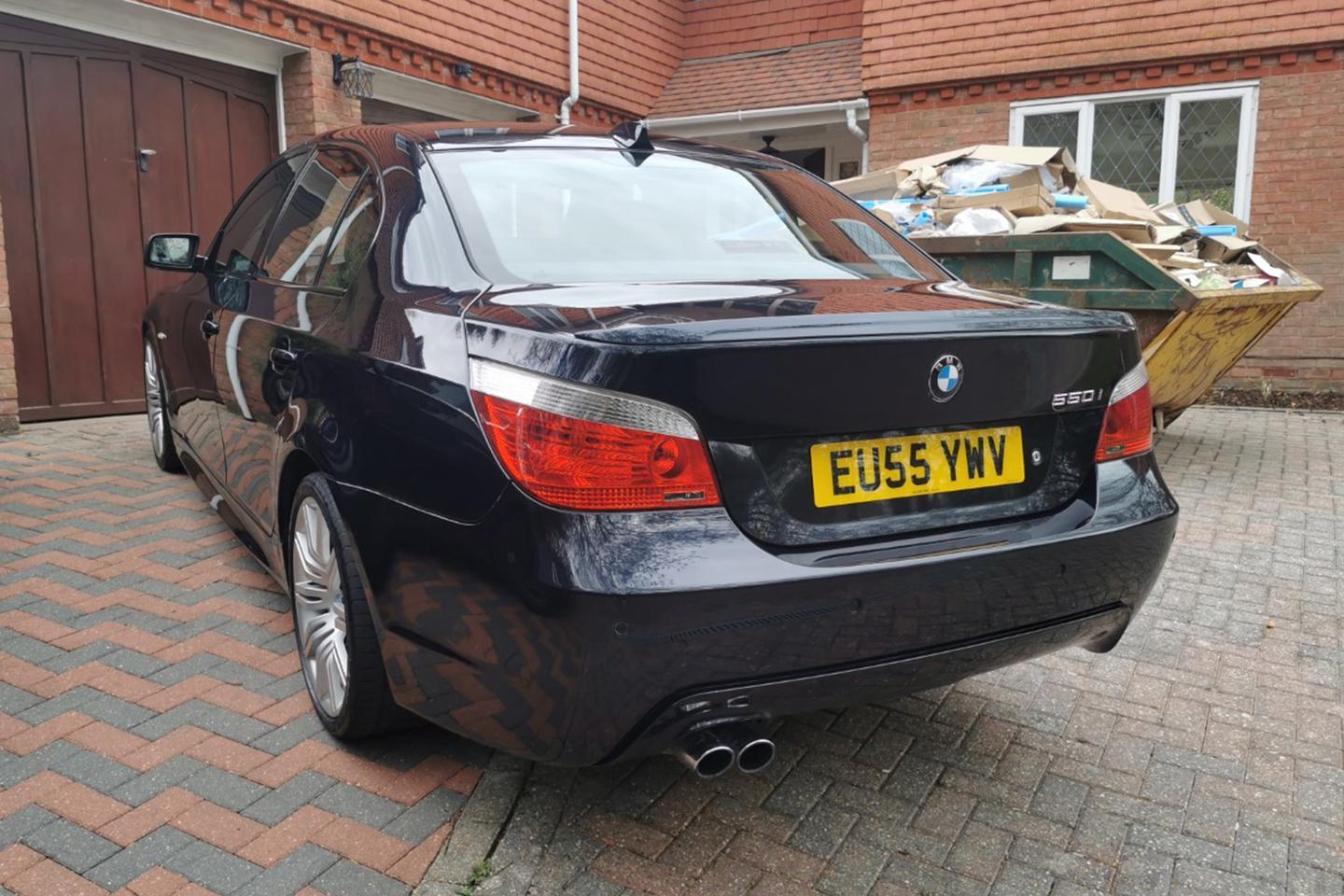 You may remember in my last fleet update back in May I'd resurrected the 550i from hibernation, paying handsomely for the privilege. Two months on I'm afraid to say my name is no longer on the logbook. Honestly, I was torn whether or not to sell, but as it sat sandwiched between two other cars on the drive while the cost of a new kitchen ballooned, my hand was forced. Plus the CLK felt better suited to a long English summer. So expect rain for the next three months.

Handily the first to see the ad on PH, did indeed buy. It helped that he turned out to be a former E60 535d owner, so knew the model well. He was a kid in a sweet shop on collection day regaling me with his grand plans including a full detail and exhaust work that very week. It was nice to know it was going to an enthusiast, one motivated to do a far better job of sprucing the car up than I'd managed with an old t-shirt and some polish that I'd found at the back of the garage.

So on reflection then, would I buy another? Probably not. Don't reheat cold soup and all that - although I certainly have a whole newfound respect for the E60, which still holds its own some 15 odd years since launch. Granted, the tech may be a little dated now but a well spec'd one, as mine was, still feels more luxurious than some of the cars coming off production lines today, and at a fraction of the cost.

I especially loved its Q car looks, the badge really being the only clue as to what you were buying into. It was probably one of the most comfortable cars I've ever owned, too, and long journeys were always a breeze. Admittedly It wasn't quite so at home on the local country lanes where my old M135i was certainly more exciting. In truth I never really did warm to the laziness of the auto box, which is unarguably one of the things that does date it in 2021.

The main thing I won't miss though is the anxiety of something expensive going wrong, This was a well-cared for example and left me with a folder bulging full of history, but the more I read up on the engine and the further I drove, the more I grew pessimistic about the near future. As with everything of this vintage, preventative maintenance is the key to alleviating fears as a few owners here have attested to before, but it can become an expensive old game.

Still, I've had my fun with it and my first foray into V8 ownership was a resounding success in that it didn't bankrupt me and has left me hungry for more. I must confess that the newer F10 shape has already crept into my regular classifieds trawl, so maybe I'll give it another go if the right one comes along. Until then I'll settle with two fewer cylinders from the CLK and just accept the fact that the roof might stay eternally fixed in the 'up' position.