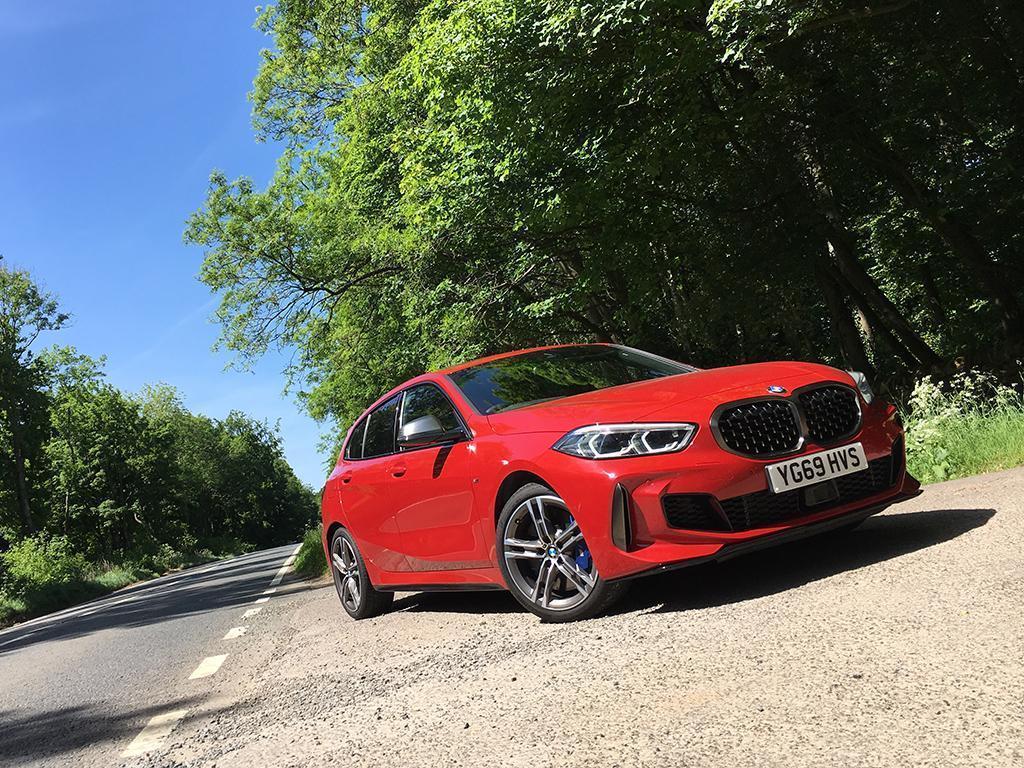 Poor old BMW. Like so many cars of late, it has been left redundant outside my house for however many weeks; we could walk to the shop, so it was really only required once since last month's update - to take a load of cardboard to the local tip. That really was it.

However, with lockdown eased sufficiently to make driving viable once more (for work, that is), an opportunity to put some meaningful miles on the BMW arose: driving the new Morgan Plus 4 - in Malvern. Now, any opportunity to be behind the wheel at the moment would be appreciated, though this was of particular interest because both Morgan and M135i share the BMW B48 four-cylinder engine. They're in different states of tune (260hp against 306hp) as well as drastically different cars, though it was pleasing to find the characteristics evident in the 1 Series - the willingness from low revs, in particular - present and correct in the Morgan. More on that next week.

For now, it's nothing less than a pleasure to report how enjoyable a car journey can be at points. Handily for the BMW, a trip over to Morgan could have taken place in a tuk-tuk and I'd have been looking forward to it, so any concerns around whether this is a car befitting of an M Performance badge were swiftly relegated. It was going to be me, my music and my space on the motorway for a few hours, and I couldn't wait.

Naturally, the BMW was good at batting away 150 early morning miles, as pretty much any new car is, even if doing it for the first time in weeks felt nearly as exciting as that first drive on your own at 17. Irks? The Intelligent Safety, or more specifically the lane keep tech. Perhaps my indicating is slower than I thought, but its constant nudging when overtaking or moving back left is a pain. I like to keep these things on, because you never know when they might help (and I often believe that if the tech and your driving is ok, then they shouldn't interfere), but the car's lane keep seemed especially paranoid.

With the Morgan drive done by lunchtime and no desperate desire to be cooped up at home again, I used much less of the motorway going home. Once more, it probably wouldn't have felt so revelatory in normal times, but fizzing across the Cotswolds on a sunny afternoon was bliss. The rolling hills, the quaint villages, the sweeping A- and B-roads; all vastly preferable to the M40 Grand Prix.

It suited the BMW, too. Short ratios and (reasonably) quick responses meant overtakes could be dispatched quickly (with the Intelligent Safety now off), strong brakes were great for confidence into roundabouts and, despite not boasting a really fancy AWD system, the 1 Series' chassis did at least feel commendably neutral and agile. Like any really good hot hatch, grip at the front seems strong, and it has a willingness to pivot back onto line with a lift of the throttle. It's a different kind of fast BMW experience, but far from an unpleasant one.

Speaking of which, the BMW which must not be named has come up in discussion. James Drake has suggested this M135i must be compared with his M140i, the old F20 that, like this car, has five doors and an automatic gearbox. Except that it has six cylinders, rear-wheel drive and limited-slip diff. I have my suspicions about whether the new school really is better than the old, but I also reckon that people have been unfairly mean on this 1 Series just because it looks like someone sat on an X2. Hopefully we'll have some answers to those lingering questions soon.