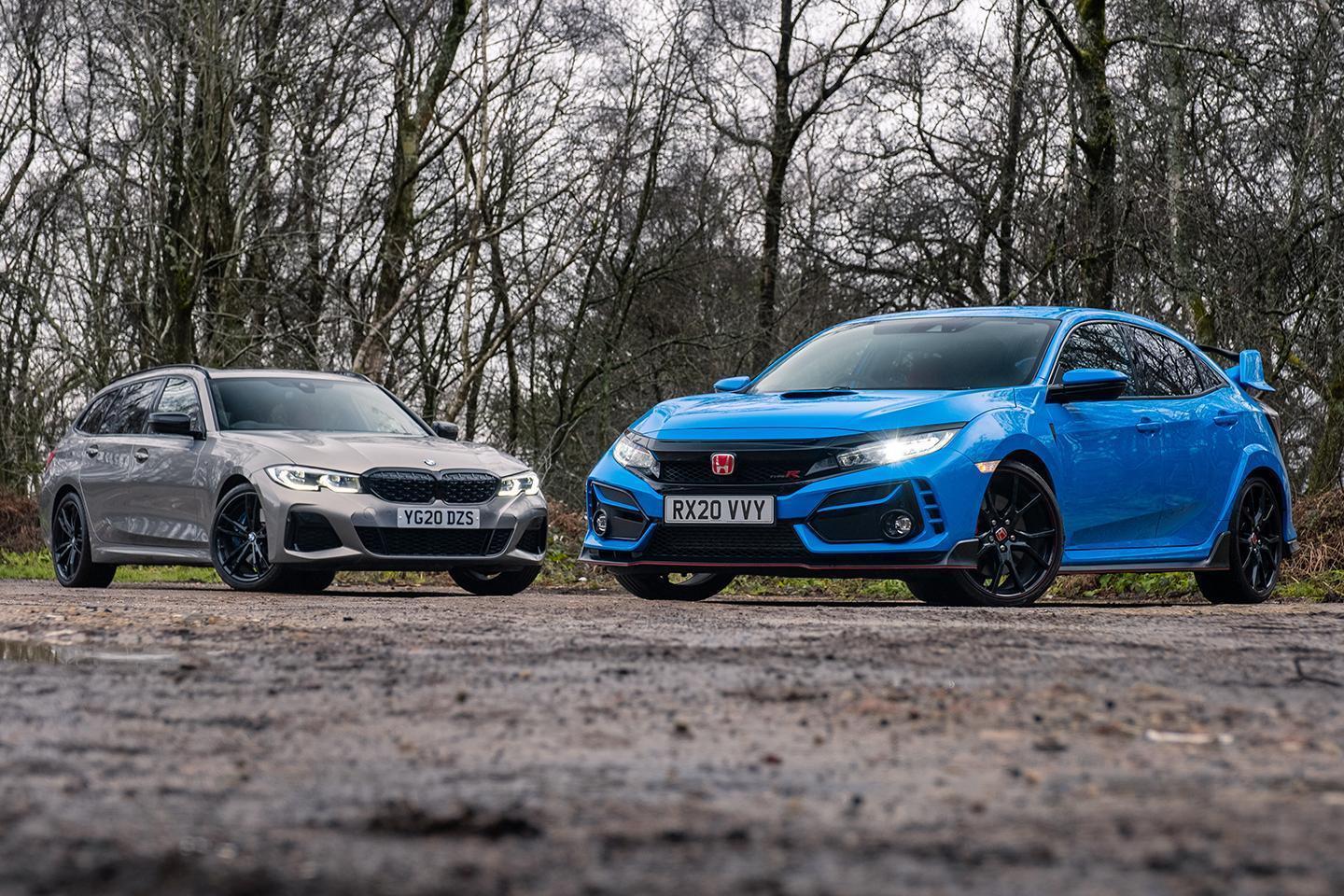 There was never much doubt that I was going to enjoy a Honda Civic Type R. I love hot hatches, it's a great hot hatch, and a longstanding obsession with Japanese cars shows no signs of abating - even the wrong side of 30.

What was less easy to predict, and much less expected, was just how far I came to depend on it for everything. It became 'my car', to all intents and purposes, which was always a stupid mindset to fall into because it was never, ever going to be my car. But it just worked, so seamlessly and cohesively, in any situation. It was the spacious, dependable, eminently usable Honda Civic, one that could happily accommodate pet paraphernalia, holiday luggage and in-laws, yet was also exhilarating to drive solo. Because it could do anything and everything - I went to the tip more than I should have with somebody else's car - I came to depend on it for anything and everything. Thus its absence has left quite the void.

Now, of course, any modern hot hatch is a broadly very capable car; a Golf R can carry four people and things, and do 35mpg. The key difference with the Civic, it transpired, was that it felt special regardless of the journey, and I think that's the mark of a truly great fast car. A lot of things feel special at maximum attack - and I love a drift-mode hot hatch has much as the next person - but there are few others that offer such a satisfying experience day in, day out. That's what the Civic proved to do so well; whether taking the dog to the park, going to Tesco or trundling up a motorway, there would always be something that served as a reminder of its hallowed status, whether that was the quality of the gearshift, the way the engine revved or that steering response. And it made me like it even more.

My final journey with it, from Festival of Speed to Caffeine & Machine, showed off everything the Civic could do with aplomb. It was just about small enough on the lanes out of Goodwood, comfy at a cruise (with great lane keep assist, in fact) and still properly exciting when a few roundabouts presented themselves. As was so often the case when driving it, there really wasn't a car I'd rather have done the journey in than the bright blue Honda.

Problems? Precious few. Some have baulked at the asking price, but when even an i30 N costs £35k nowadays, the Civic's £37,000 is about par for the course. It was still on its original set of front tyres, with a bit of life left in them after 7,000 miles, and I didn't even kerb a wheel. The small tank was a tad irritating - petrol stations are even less appealing than ever at the moment - but hardly the end of the world. Sometimes CarPlay wouldn't work, only to return a couple of minutes later... The gauges looked a tad low rent... Maybe the cup holder could have been a bit higher... And, er, yeah.

Honda will replace this car soon, the next Type R set to be the only purely combustion powered car in the line up. Short of fitting an individual drive mode and styling it to upset fewer people on the internet - personally I've grown to love its wanton Nihon-ness - I don't know how it could be improved. If I could have bought it from Honda, I would have, and that hasn't happened with a long termer in eight fortunate years of having them. As some recent rivals have met with less than universal praise, so the Civic is better than ever. Get a grey Sportline if the blue and the spoiler are a bit much but don't, whatever you do, pass up on the Civic Type R - turns out it's even better than you've heard.

When thinking about the M340d, it was instructive to discover, having asked him for a second opinion, that Matt Bird had never actually driven the car. Or he had, but long ago, before it turned up on the PH Fleet. Now obviously, circumstance is partly to blame for that; even beyond lockdown we didn't see much of each other in the first six months of this year, and when we did, we thought twice about swapping cars unnecessarily. As a result, I drove the M340d a lot. To the exclusion of pretty much everyone else.

No surprise then that the car genuinely felt like mine in a way that long term loaners rarely do. I frequently doted on it. I made lengthy excuses to neighbours who were accustomed to seeing something 'interesting' parked outside. I washed it - and not begrudgingly or just because the local car wash was shut, but because I wanted to. Crucially, I didn't yearn to be out of it or driving something different. I settled right in. We bonded.

Credit for some of that must of course go to the familiar 3 Series charm offensive. There is a good reason BMW sells them in extravagant quantities. In high-spec, high-speed format, they are the quintessential premium product: well made, well trimmed, well thought out and acutely well endowed with life-affirming attributes. The seats and the seating position are exceptional. The control surfaces are wonderfully in-sync with your expectations, as is the switchgear and the all-round functionality; iDrive is still the infotainment system by which all others are measured.

Then there is the M340d specifically. We borrowed the car to ponder the 340hp straight six. Or more precisely the 516lb ft of torque it conjures from derv at just above idle. Not a new trick, of course, but an old one, and likely the first to go as our petrol-electric future looms large on the horizon. BMW has tacked a belt-driven starter generator to the 3.0-litre unit, but in the real world this is about as meaningful as a golf cart battery on a supertanker. The engine throbs and gurns and then throws you up the road in a way that suggests it isn't trying especially hard.

That it weaves a persuasive spell over extended use is not revelatory. The B57 motor is the full stop at the end of long sentence concerning diesel engines and their developmental heyday. It makes mincemeat of everyday situations while returning - as a recorded average over six months - 41.1mpg. The deeper question, and the one I was hoping Matt could help with but to no avail, was whether or not the result could be framed as truly enjoyable or exciting. In other words, could a diesel-powered car span the subjective gap between deep-seated appreciation and genuine affection?

Well, the M340d came jolly close. Its performance isn't a weird, rumbly outlier, but rather a cohesive part of the terrifically well-honed G20 dynamic. It pushes on with rear-bias enthusiasm and no little finesse. It is a driver's car, no doubt about it. But for all its go-faster industriousness, the engine has a familiar comfort zone, and, like a man pacing a padded cell, you tend to stick to it. That means driving a certain sort of way - briskly, diligently, happily even - yet never in a fashion that threatens to set your hair alight or your pulse racing. As a tool-for-life, the M340d Touring is among the superlative options, and heartily recommended. As a fast wagon to truly fall for, though, I'd still save up the premium needed for an Alpina B3 - and probably never think to look back.