One-of-ten special edition proves that not all interesting Abarths are tricked-up 500s... 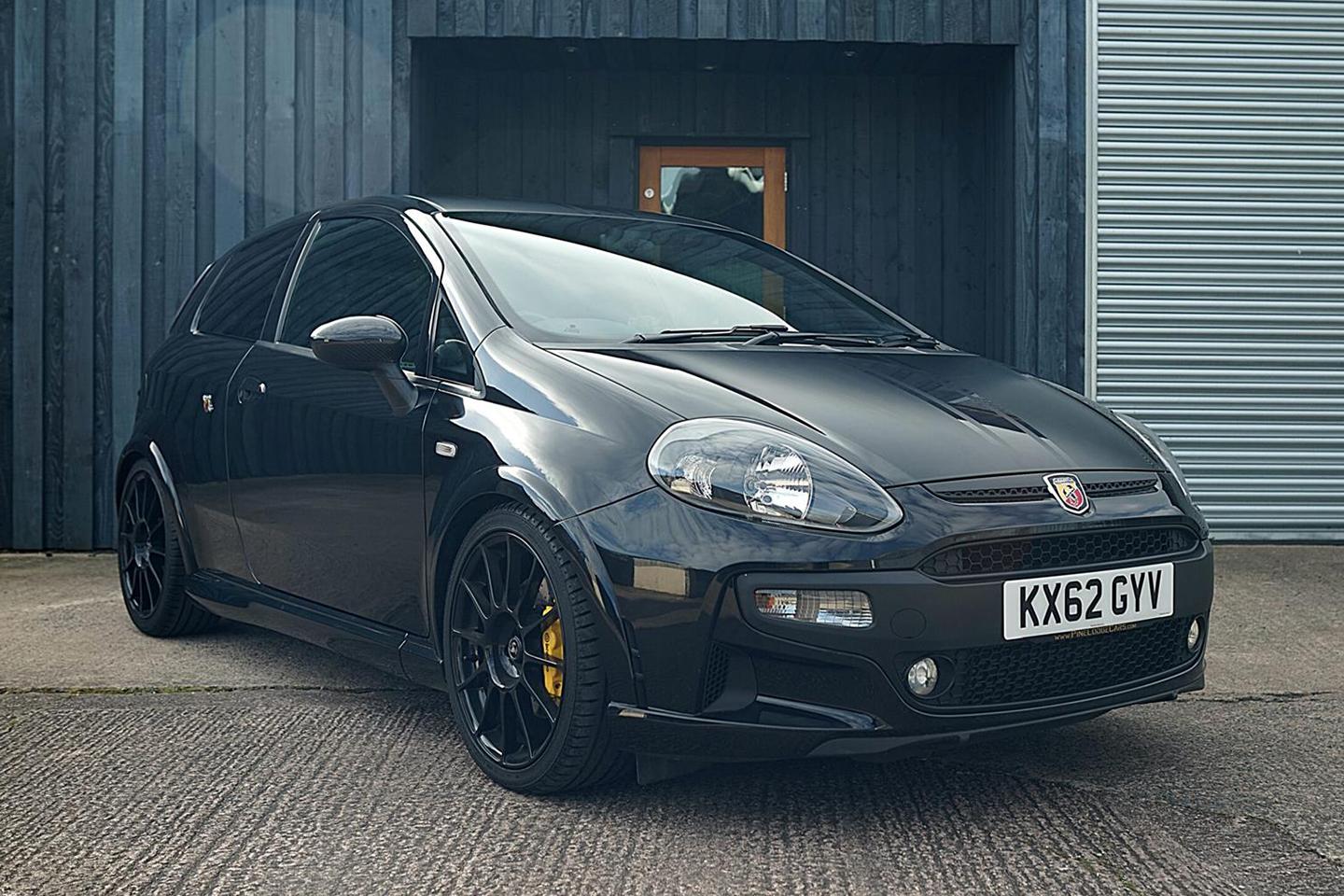 Chances are, when you think of Abarth, you think of the 500. Rarely has one large manufacturer's performance division been so dominated by a single model. There was the 124 Spider, of course, but that was a blip when compared to a decade of tiny hatch association when anyone ever thought of discussing Carlo Abarth's eponymous company. Which is a shame because when given other responsibilities, the firm has often proved itself more than capable - even if sometimes it feels like they needn't have bothered, such has been the success of the 500.

But let's be glad that they did, because it delivered cars like the Scorpione. The original Abarth Punto was launched in 2008, right as the 500 was as well, both swift and stylish entrants into a typically quite staid arena. A Clio may well have been better to drive than either, but it was nowhere near as good to look at. Power from the 1.4-litre MultiAir turbo meant gutsy, charismatic performance from both (with an appropriately stirring soundtrack), and design overhauls successfully transformed both from city runarounds to proper pocket rocket tearaways.

The Evo facelift arrived in 2010, with more power and a new look, but even by that point it was clear that the 500 (or whatever it was called by then) was the golden goose of the range. The Evo soldiered on for a few more years, then quietly bowed out in 2014 with precious little fanfare. But not before a very special Abarth Punto was made...

The Scorpione was explicitly designed with Abarth collectors in mind; as such just 200 were made, of which only 10 were allocated in right-hand drive for the UK market. They were factory order only, without a single dealer demonstrator in the country. Buyers took a punt on it being the Punto of their dreams, paid their money and waited for the ultimate Abarth Evo to turn up.

While this car wasn't as extreme as something like the two-seat, plastic-windowed 695 Biposto, the Scorpione wasn't lacking in purpose. The Esseesse kit that had become a very rarely ticked option by 2012 was standard fit, meaning Koni FSD dampers, Brembo brakes, stunning Sabelt seats and matt black accents. Even a decade later - the Scorpione debuted at the Bologna show in 2011, ahead of sales in May 2012 - the Punto is a great looking hot hatch.

Back then, even without a single option available, the Scorpione's £23,500 asking price rather ensured only the committed would apply. It was only as a good as a Punto with the SS pack, and much more able hot hatch fun was available for less. That said the 10 right-hand drive cars for the UK (the only 10 other RHDs went to South Africa) all found customers, and it's easy to imagine a collector being content with it. Hardly like an Abarth Punto is going to happen again...

So, to have one of the 10 UK cars for sale is a significant opportunity. As might be expected for a dedicated collectors' item, the Punto is pretty much flawless, having covered just 21,000 miles since 2012. It's been with just two owner during that time, the service history is comprehensive and the MOT history lacking even a single advisory. As far as it's possible to perfectly preserve a car while also enjoying it, this Abarth would seem to be the ideal example.

The condition and rarity means the Scorpione doesn't come cheap, this one listed at £15,995. Obviously nobody needs reminding of how much hot hatch that might buy elsewhere, but that rather seems to be missing the point this time around. None of the alternatives will be such rare limited editions, and it seems unlikely that any will have been looked after quite so well either. That will be more than enough for some - and you wouldn't blame them one bit.