Not quite ship shape, but certainly Bristol fashion 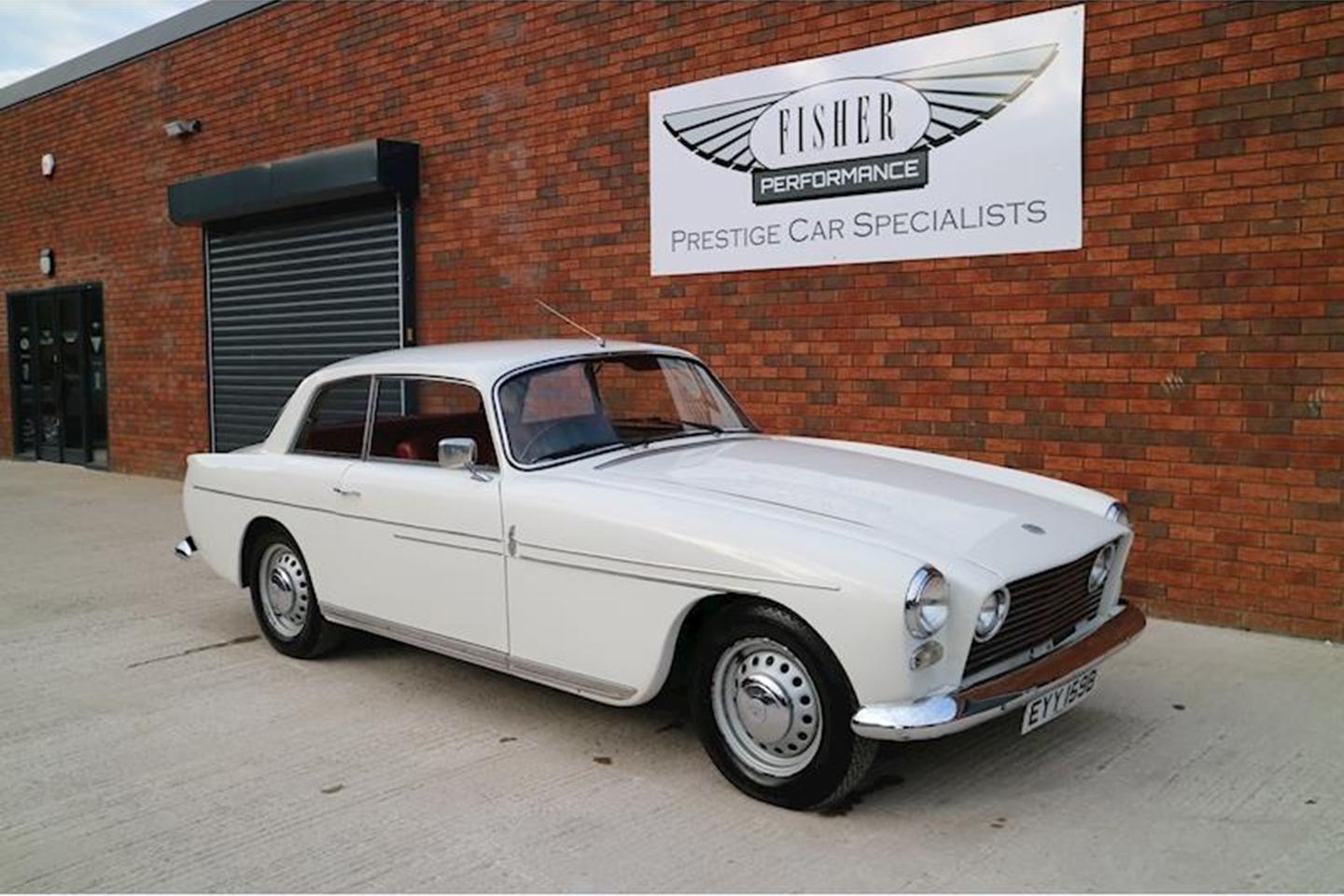 For anybody who didn't think that last week's Rolls-Royce Silver Spirit delivered sufficient quantities of either risk or English eccentricity the bar is being raised this week. Higher than the one in Yorkshire's famous 1732-ft Tan Hill Inn. Yes, it's Brave Pill's first Bristol, a 1964 408 that sports both a not-outrageous price tag and an improbably low mileage.

There has always been a big gap between the small number of people who have even a fleeting real-world experience of a Bristol, and the far larger cohort who hold strong and often contradictory views about the company. Much of this is down to some of the brand's more vocal fans - the late, great car journo LJK Setright the best known of these - but also the ability of long-term boss Tony Crook to persuade people the company was far closer to the cutting edge than it actually was.

Bristol was born from the aircraft industry, an offshoot of the eponymous planemaker that made such heroic warbirds as the Beaufighter and Beaufort. In 1945 it saved Frazer Nash from bankruptcy and thereby acquired the right to build near clones of pre-war BMW models. A factory was set up in Filton to do so and Bristol Cars was soon enjoying modest success with a line of handsome, expensive coupes and roadsters.

This first era went on for nearly 15 years. But then an impending merger persuaded the Bristol Aircraft Company to cast off its four-wheeled subsidiary. The initial plan was to close it, but then the car division's chairman led a buy-out in 1960, with Bristol's most successful dealer, Tony Crook, acquiring a 40 percent stake in the business, later taking full control in the '70s.

Crook was a fascinating character. He had born into a wealthy mine-owning family Oop North and had acquired an early passion for fast cars and the ability to fund it, running a supercharged MG while he was still at school. During the war he upgraded this to an Alfa 8C-2900 while serving as a pilot in the RAF. When peace returned he started competing in a BMW 328, winning Britain's first post-war race meet at Gransden Lodge airfield in 1946. More success followed. Crook might have been a gentleman racer, but he was brave and talented enough to score 370 wins or placed finishes in the next nine years, and even entered the 1952 and 1953 British Grands Prix. He retired from racing after a heavy collision with Stirling Moss in the 1955 Goodwood Nine Hours sent him to hospital and he decided to concentrate on his car sales business instead.

Having bought into the firm, Crook soon made his mark on Bristol. The company's BMW-derived six-cylinder engines were starting to look off the pace by the early 'sixties, so the company took the intelligent decision to buy in cheap American power to replace them, this in the form of brawny Chrysler V8s. The cars grew bigger and grander too, although always with relatively narrow bodies that justified on the basis of reduced aerodynamic drag. They were explicitly designed for high-speed work, with our 1964 Pill's 120mph top speed likely to have been confirmed on multiple occasions on the nation's fully derestricted motorways and A-roads when it was new. All 408s also had a standard three-speed automatic gearbox - a real novelty at the time - which was controlled by panel of buttons to the right of the steering wheel.

Even when it was new any Bristol was an expensive and unusual choice, and one it wasn't always easy to make. Many of the stories of Crook vetting his potential customers have undoubtedly grown in the telling - like the one about him slamming the door of the company's Kensington showroom in Michael Winner's face rather than sell him a car - but Crook was certainly keen to maintain the exclusivity of the brand. Just 83 Bristol 408s were produced in three years and there are fewer than 10 on the road these days. So there's your brave right there.

With the exception of LJK himself - who would ultimately write Bristol's semi-official biography - Crook also had an almost virulent mistrust of motoring journalists. Plus a tendency to write elegant, scornful letters on the company's headed notepaper to correct any perceived slights or insults to his products. In the early 2000s I wrote a throwaway quip for CAR's GBU section that earned me one of these. I had pointed out that as we hadn't been allowed to drive a Bristol for over a decade we couldn't really recommend buying one. Crook's response was that we hadn't asked. So the magazine's editor politely requested that we be allowed to test a car. After a gap of several weeks Crook refused, by letter again, on the grounds he also wanted to also select the journalist to deliver the verdict.

Our Pill dates from a far earlier era in the company's long history, one where Bristol was still far closer to the state of the art in terms of both performance and dynamics. Some versions of the 408 even got electric windows and air conditioning, although this one sticks with keep-fit ventilation. It looks pretty smart from most angles, and has obviously had cosmetic work done, including what the advert says is a recent respray and gearbox overhaul. But the tarnished brightwork and the faded lacquer of the wooden dashboard suggest it will need a fair bit more TLC if it is to be returned to pristine condition.

It is also likely to have acquired some issues from what seem to be very long periods of hibernation. According to the advert the car's most recent owner had it since 1994, but only covered 474 miles in it during the last 19 years. The online MOT history can only confirm a small part of that, but shows that it had 2,898 miles showing in 2012, 39 more when it passed the following year and just two more than that when it failed its next test in 2018 with the unsurprising cause of binding rear brakes.

It passed again two months and one mile later, but hasn't been to a testing station since. So on the limited available evidence the odometer is working and - given the glacial rate at which it has accumulated in the last decade - the indicated total of under 3,000 miles might even be genuine.

It certainly seems fairly priced for what it is, cheaper than any other Bristol we could find that isn't in pieces. As they say, find another. Actually do, because then you'd be able to boast about having a cracking pair of Bristols.