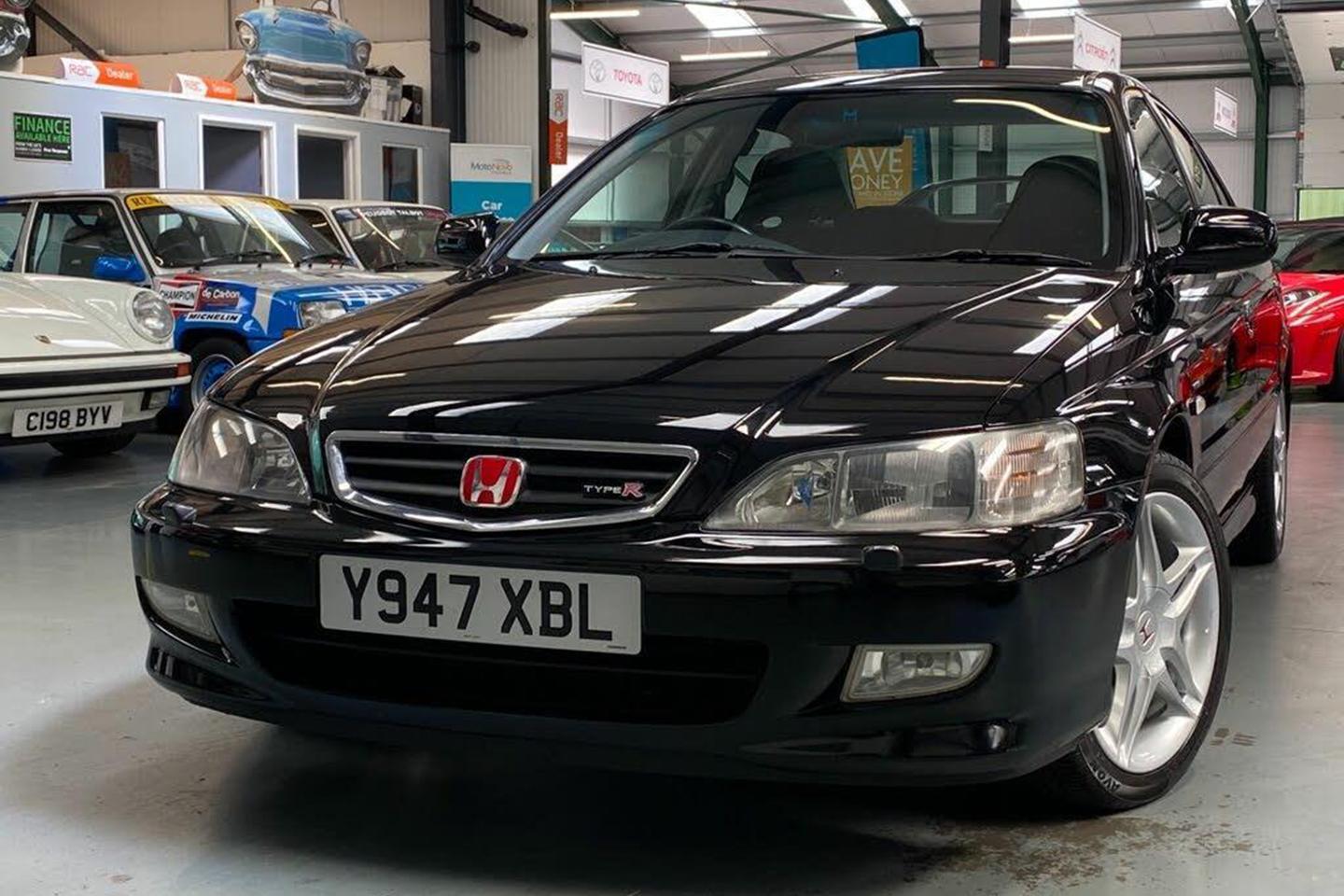 Those with good memories may recall that this isn't the first time the classifieds have been plundered for a Honda Accord Type R. We featured one in 2018; back then, a low mileage (46k), lovingly cared for example was £6,700. And you can guess what the comments were like... "Talk about Honda tax. £6,700, really?" read the first; "Great car, but £6,700 is silly money IMO" went the second; "Agreed, that is crazy money" was the fifth - and so on, and so forth...

Now here we are, just three years later, with a 97,000-mile Accord Type R for sale at... £9k. Or £8,911, to be precise. The climb continues! Despite a higher mileage than the previous car, this one looks in excellent condition, benefitting from a recent major service including the cambelt. Black may not be the most 'Type R' colour in the world, but it polishes up nicely, and those awesome green Recaros have stood up to 20 years of use very nicely indeed. The spoiler still takes pride of place atop the bootlid and the exhausts, if perhaps not standard, remain fairly modest. While there's only so much to be gleamed from a dozen advert pictures, this does look a really nice Type R.

As for the asking price, it can be easy to forget just how warmly received the Accord was, and how revered it continues to be by a select few to this day. It was pitched against the Impreza Turbo back in the day, the screaming VTEC engine and wonderful chassis proving a formidable double act. Honda had already proven how good a Type R could be with the Integra, but nobody expected quite the same again from an Accord. Though the Civic Type R that came later was a more affordable Type R, it wasn't quite as nice to drive as the four-door saloon. No, really.

The Accord's recent rise in value follows the template that's been seen countless times elsewhere: time is passing (next year will mark 20 years since the last UK Accord Type R was made), numbers are dwindling and the values of similar cars, like the Integra, have gone up. It would have been a stretch to say the Accord's rise was inevitable - as arguably the least loved of the Type Rs - but it is at least easy to explain.

Furthermore, look at how much is being asked for those cars with more of a cult following. The Mondeo ST200 we featured a few weeks back was lower mileage, but almost 50 per cent more expensive; this Impreza Turbo, albeit a nice Catalunya, is £15,995. It's not just the Honda that's going up...

It's hardly like the Accord is now £50k and on its last legs. At this age, mileage, and value there's still plenty of enjoyment to be had; what looks like a minicab with a dubious spoiler to many will be recognised as one of the front-wheel drive greats by the discerning few. And you never know - it may keep going up in value, then it really will be a great buy. Let's check back in another three years...