No gullwing doors for this SLS, but open-air access to one of the best V8s ever made... 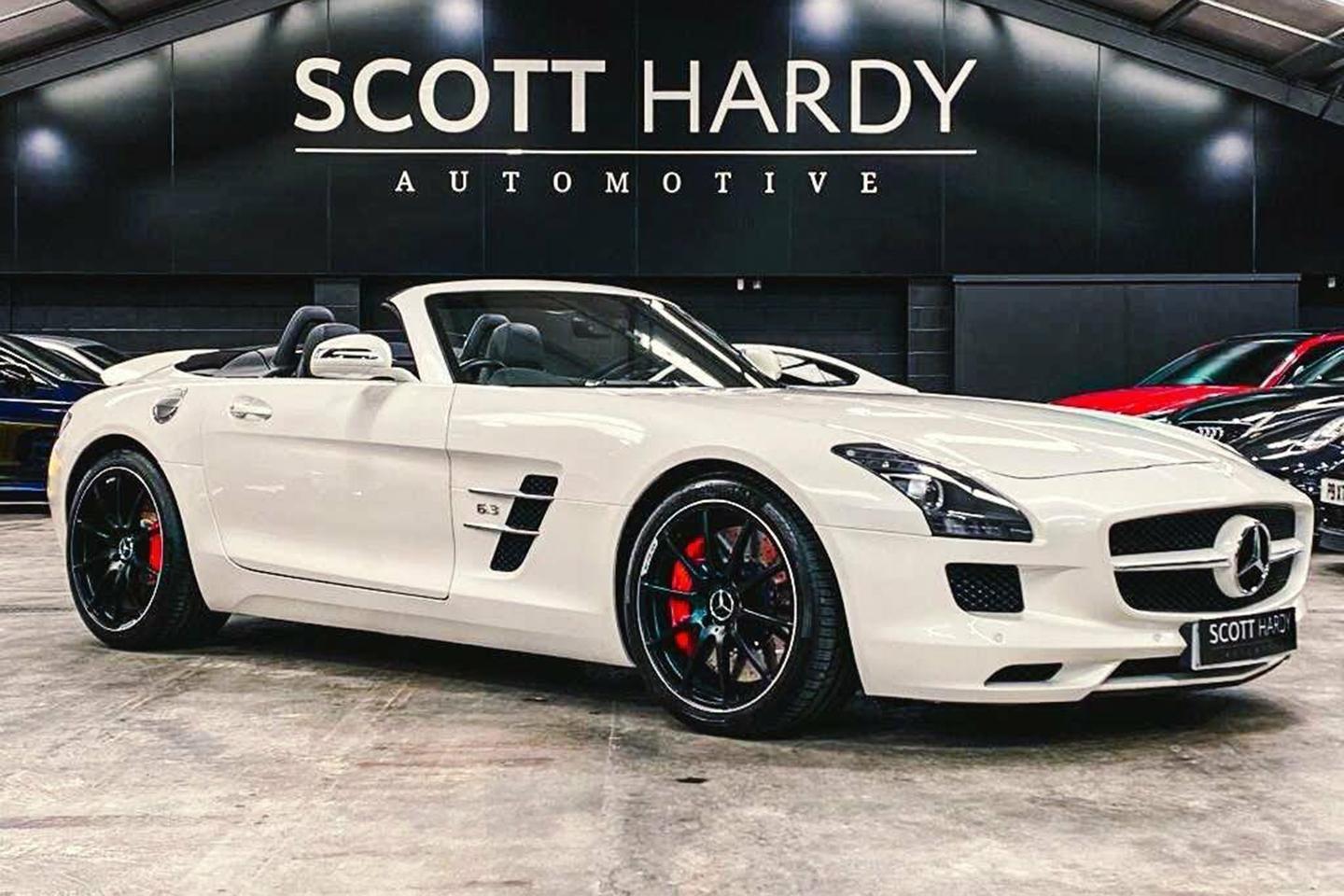 It's now a decade since Mercedes-Benz introduced the SLS Roadster. Nobody ever thought that the SLS Coupe and its infamous doors could be matched for visual impact, but then along came the cabrio. Low, wide, long and louche, it was everything you might expect from the drop-top version of AMG's first entirely in-house car.

It was to the credit of those in Affalterbach, moreover, that the Roadster retained a lot of what made the SLS so good in the first place. This wasn't a sloppy Mercedes convertible, rather a taut and responsive sports GT that just so happened to have a folding roof.

Plus, of course, the engine was still there. If you bought the SLS Coupe for access to the doors and little else, you bought the Roadster for access to that V8. It wouldn't have mattered if the rest of the package was hopeless (it wasn't) because anything powered by the AMG 6.2 would win your heart by the third gearchange. In the SLS, it wasn't just the regular 'M156' version of the engine, either, but a dry-sumped M159 with reworked internals. The numbers didn't tell the whole story, but they certainly gave a good synopsis: 571hp at 6,800rpm, and 479lb ft at 4,750rpm. It was immensely muscular but needed revs for its best, really offering the best of both V8 worlds. That it continued as the powerplant for the GT3 racecar long after the hot-V 4.0 had superseded it in the production AMG range shows just what an engine the 6.2 was.

The results were predictably awesome in the SLS Roadster; helped by a modest weight gain over the coupe, its enormous bonnet was fired at the horizon just as violently, only now with an even more rousing soundtrack. Don't forget, either, that the Roadster was a thrilling experience by the standards of 10 years ago, just before turbos became the industry standard, so just imagine getting it out on the open road today...

In the UK, the Roadster was a much rarer SLS than the gullwinged car. That will be partly due to the impact of coupe oversupply at the start; early SLSes lost tens of thousands very quickly, so fewer Roadsters will have been introduced at launch. Still, there are now almost four times as many hardtop examples out there as convertibles, which is quite the difference.

There's arguably a case to be made, then, for the SLS Roadster as a true piece of supercar exotica. It's exceptionally rare, stunning to look at, intimidating to drive thanks to its sheer size and blessed with a truly sublime engine. The fact it's never been directly replaced - the AMG GT is a different proposition, really - surely only adds to the allure.

Which is probably why values have remained strong. This one was registered back in 2013 yet still commands a decent chunk of its new price at £127,991. The advert is high on words but low on detail, so you would have to assume services and MOTs have been kept on top of - an AMG flagship is never going to be an affordable thing to run, regardless of depreciation. Still, it looks in wonderful condition, even if Designo Mystic White may not be to all tastes.

With even AMG having to wind up its commitment to the V8 engine, don't be surprised to see a renewed appreciation for the icons in the back catalogue. The SLS Roadster, with its pin-up good looks alongside the ultimate version of a great engine, is undoubtedly one of those. Just keep plenty in the fuel kitty; super unleaded costs the same whatever the V8 set you back...