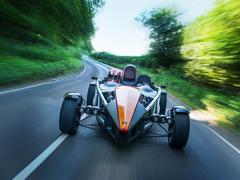 An Atom 2 arrived in 2003 with the 2.0-litre unit from the Honda Civic Type R and, in 2004, a Jackson Racing supercharger was bolted to the Type R unit to create the Atom 275, with a 0-60 time of just 3.4 seconds. Further engine development raised power to 300hp by 2005. Ariel also made a Civic Type S-powered 160hp version which is still a hoot, and arguably easier to handle on the limit. The latest Atom 3, with a smoother 'KZ' Type R engine and a new gearbox, was launched in 2007.

Potential owners should bear in mind that - although the Atom can be driven on UK roads - it's a track car first and foremost. So it's loud, proud and nowhere near as comfortable as more mainstream sports cars. With no windscreen or doors you're pretty exposed, and there's no storage space either, but on track the Atom scores 10 out of 10 for fun. And those brakes are seriously powerful. 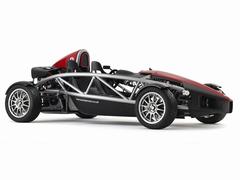 Servicing is best left to the experts - so most owners take their Atoms back to Ariel for annual or 4,500-mile servicing. This typically costs between £500 and £900. VED is a reasonable £220 a year, whilst track tyres cost around £170 a corner. Atom 1 and Atom 2 160 have five-speed manual boxes, rather than a six-speeder, but both are very reliable.

Many later options can be retrofitted to earlier Atoms, but if you search for a first-generation Atom 1 and you're likely to be disappointed - the low production volume means they rarely come up for sale at all. But there are quite a few Honda-powered Atom 2s and 3s advertised for sale - with the most affordable in the region of £28,000.

If you're keen to check a car's provenance you can call Ariel with a chassis number and they'll confirm what they know of the car's history, whilst the exposed construction means it's hard to conceal neglect. Less than £200 will buy a recommended factory safety check.

What to look out for: