The car that really proved Audi could do fun, now available from £40,000

The Audi R8 name was already familiar to motorsport fans long before the road car touched tarmac. By using the same name as its successful Le Mans racer, Audi was hoping for that racing success to rub off on its new

-baiting sports car. It needn't have bothered as the R8 was an instant success and remains a popular choice seven years on from its introduction in 2007. 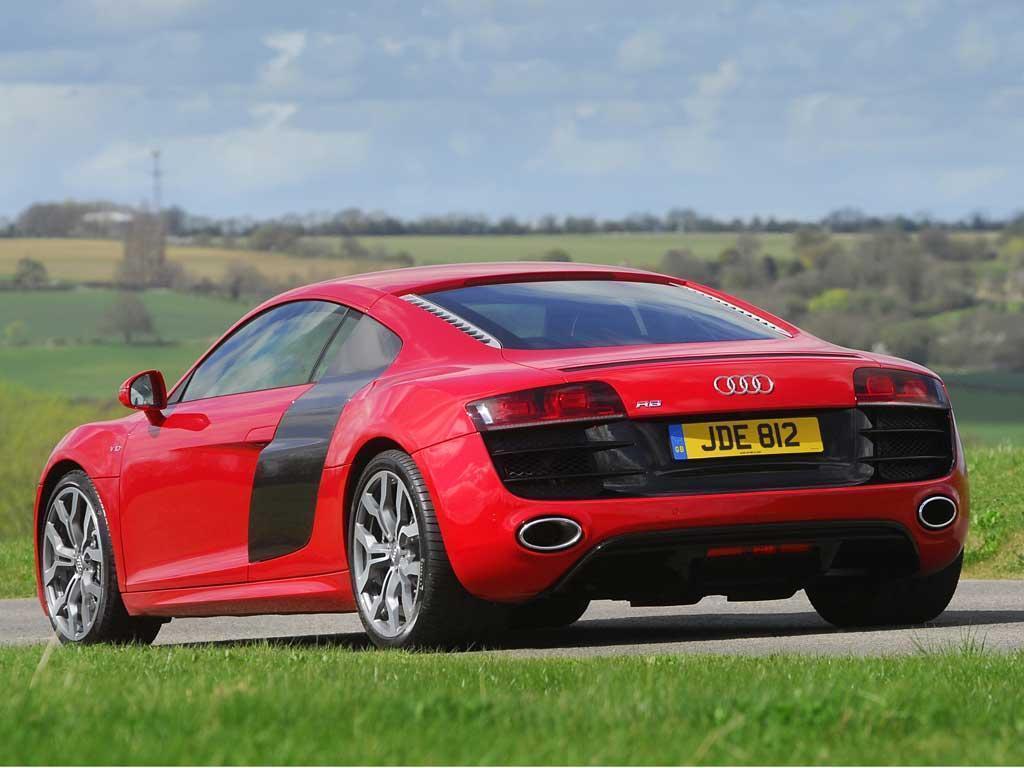 The first hint of the roadgoing R8 appeared at the Geneva and Frankfurt motor shows in 2003 with the Le Mans Quattro concept. The positive reaction from the show meant development started in earnest in 2004 and the production version made its debut at the 2006 Paris Motor Show. However, it was July 2007 before the R8 reached UK showrooms with a list price of £76,825 that put it directly in competition with the Porsche 911 Carrera 4.

It helped that Audi had the Lamborghini Gallardo to use a base for the R8, but to maintain some clear air between Audi and the more rarified atmosphere of Lamborghini the R8 was initially only offered with a 4.2-litre V8. Borrowed from the RS4, this engine offered 420hp at 8,250rpm to give 0-62mph in 4.4 seconds and a 187mph top speed. 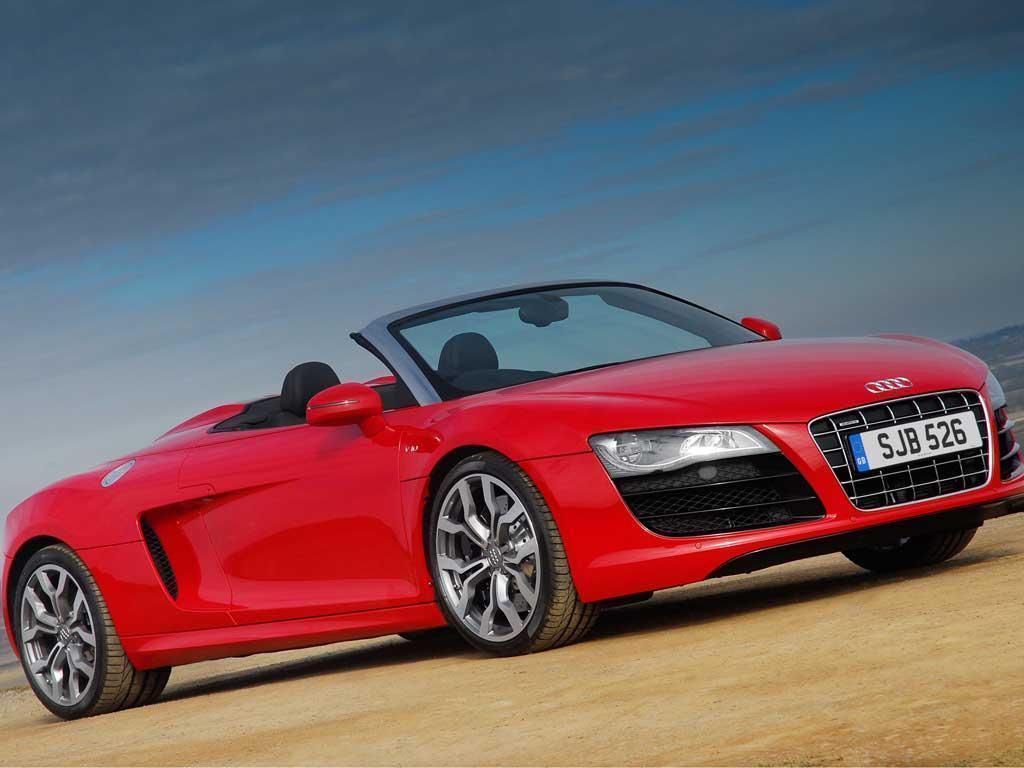 Just as important as the looks and performance, the four-wheel drive R8 instantly impressed the media and owners with its handling and ease of use. Here was an all-wheel drive Audi that behaved more like a traditional rear-drive supercar and was also available with a six-speed manual gearbox that features a classic open gate for the full click clack supercar experience. You could also order the R Tronic six-speed automated manual with paddle shifters.

The R8's ability meant demand was there for more power and Audi answered this call with the R8 V10 in November 2008. It used a similar 5.2-litre V10 to the Gallardo with 525hp at 8,000rpm. Performance improved with a top speed of 196mph and 0-62mph in 3.9 seconds, while the price climbed to £99,575 for the base manual gearbox model. This R8 was also notable for being the first road car in the world to come with LED headlights.

An R8 V10 Spyder was launched in 2009, costing from £111,955. It does without the distinctive carbon fibre 'blades' that are such a feature of the coupe, while the fabric roof disappears under a canopy to leave clean lines. Turning the R8 into a Spyder adds 30kg over the weight of the equivalent coupe model. 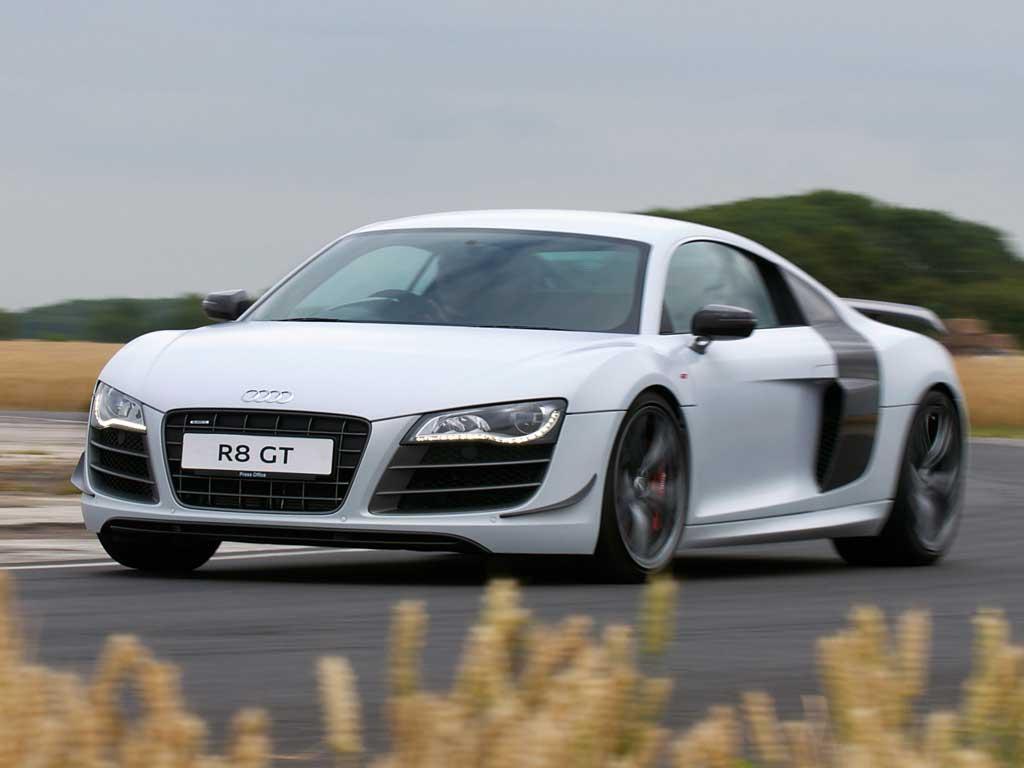 To keep the momentum of interest in the R8, Audi offered the

Hot on the heels of the GT, Audi revised the V8 to give it 430hp in September 2010 and this model also introduced brake energy recuperation to the R8. At the same time, Audi introduced a V8-powered Spyder with a list price beginning at £95,545. The Spyder range was further expanded with the GT Spyder limited edition model. Only 66 came to the UK with 560hp, 0-62mph in 3.8 seconds and a 197mph top speed.

An R8 V8 Limited Edition arrived in October 2011 with titanium-effect wheel and paint finish, plus red brake calipers. It was built to celebrate the tenth win for Audi at Le Mans. 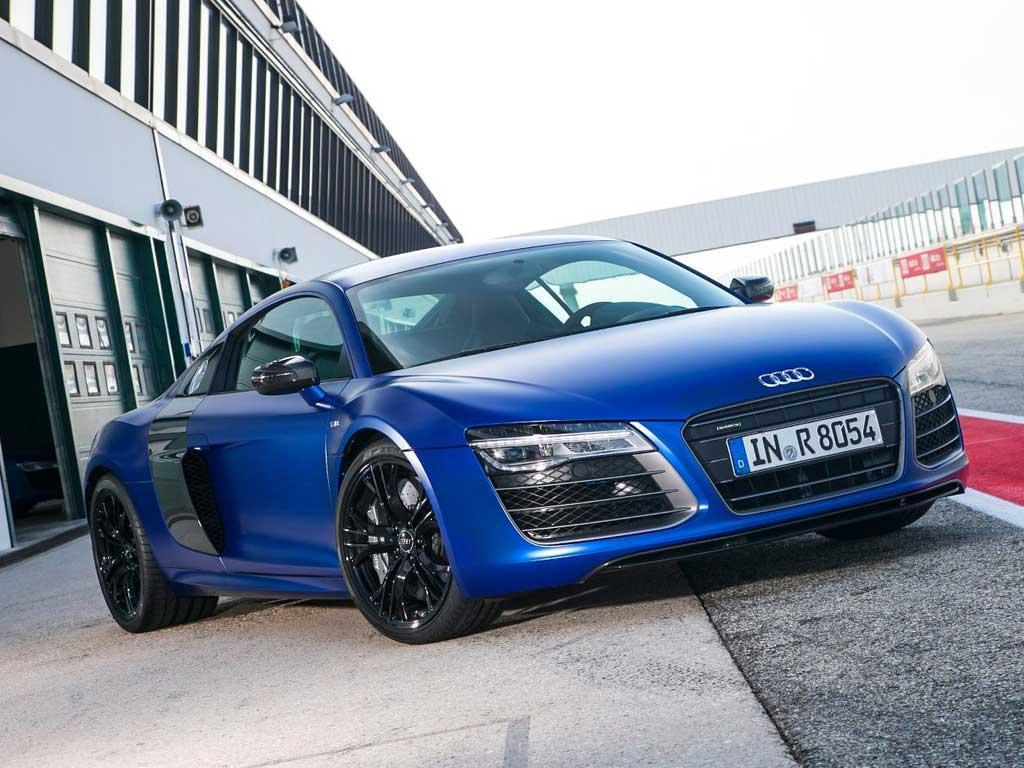 Shortly after this, Audi revised the entire R8 range in July 2012. Out went the R Tronic gearbox in favour of a twin-clutch S Tronic transmission with seven gears. The new gearbox is lighter and more compact than the R Tronic 'box and helps lower the 0-62mph time of the V8 coupe to 4.3 seconds and the V10's to 3.6 seconds, while also lowering carbon dioxide emissions.

Buying used, an early Audi R8 V8 can be had in good condition from £40,000 and higher miles is not such a concern as many owners use their cars every day.

PHer's view:
"The experience has been fantastic so far. The handling, power, build quality are all exemplary and you still do not see many of them around compared to its competition and it feels like a special car."
Chris Jones