Forget the Porsche 911, the longest running sports car is the Lotus/

Seven, which has been with us since 1957. It has evolved hugely in the ensuing six decades to become the iconic stripped back car of choice for many. Buying new, whether you choose ready-built or a kit, is a great route to Seven ownership, but many more prefer to look to the used market, where Rover K-Series powered models are among the most common. 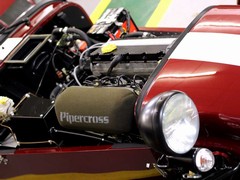 K-Series cars have a unique and fiery character

The K-Series engine first appeared in the

Seven in the 1991 1.4 with 111hp to replace the ageing and hard to source Ford Crossflow motor. From then on, the K-Series became the most popular engine choice in the Seven until its own demise in 2006 when it too became hard to buy in due to the collapse of MG Rover.

By then, the K-Series had been offered in the Seven with power outputs ranging from 106hp to 254hp. It was also available in capacities covering 1.4-, 1.6- and 1.8-litres with a standard cylinder head or the VVC unit with variable valve timing.

As a light, compact, all-alloy engine, the K-Series proved to be ideally suited to the Caterham Seven and the company went on to develop its own six-speed manual gearbox as an option to replace the Ford-based five-speeder. Many reckon the six-speed is the one to have as it lets the K-Series use all of its revs to best effect. 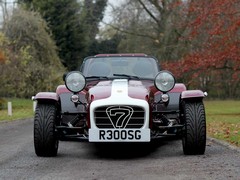 Iconic badge, iconic looks and a drive to match

There have been plenty of other developments and derivations of the K-Series engine in the Seven, but the essentials of what to look for remain the same whatever capacity or power output the car has. A huge aftermarket tuning industry based around the K-Series engine also exists and many Caterham owners upgrade their cars, so a car that left the factory in a fairly modest tune can now be substantially more powerful. Specialists can take the K-Series to 284hp reliably, though this will be best used on tracks days.

The rest of the Caterham Seven is simple, easy and surprisingly affordable to look after, which makes it a great summer or second car. Prices for Caterham Sevens with the K-Series engine begin at around £8,500 and go up to £30,000 or so for the most extreme R500 models.

PHer's view:
"All in all, the K-Series Seven is a cracking package. The engine suits the car, especially with the Caterham six-speed gearbox. Do not dismiss the K-Series when looking for a Caterham."
Adam Saunders

Thanks to Caterham Midlands; the car pictured is for sale, details here.