You might think anyone considering a V12 Ferrari would simply let their valet take care of the buying process. Yet when you realise the 612 Scaglietti has dropped in value to around £60,000 for higher mileage, well cared for cars it's within reach of a great many more mortals.

They will still need their wits about them, though, as there are some 612s out there waiting to bite the unwary very hard in the nether wallet region. A quick scan of any car's history should weed out these examples as you're best to avoid 612s with multiple short-term owners, which suggests expensive ongoing faults. Much better to find a car that's been driven by few owners but over plenty of miles.

High mileage is nothing to fret about with the 612 as the engine is rock solid. The 5.7-litre V12 produces 540hp and 434lb ft of torque, which sees this 1875kg four-seat grand tourer from 0-62mph in 4.3 seconds. Top speed is 199mph, so there are no issues with covering ground at a rate of knots either.

And you'll be able to do that with three adults passengers plus luggage as the 612's 16-foot long body affords lots of passenger space front and rear. There's also a good deal of comfort and pampering thanks to standard leather upholstery, climate control, cruise control, Bose stereo, auto wipers and headlights and a driving position easily tailored to all sizes thanks to electrically adjusted front seats.

New buyers could order the HGTS pack that brought a sports exhaust, firmer suspension and quicker-changing auto' box. The HGTC package offered this plus carbon ceramic brakes, and an HGT2 pack was offered on later cars.

Ferrari updated the 612 in March 2008, though you'll be hard-pressed to tell from the exterior. The big giveaway is an electrochromic glass roof fitted to cars ordered through the One-to-One programme. This allowed buyers to fly to the factory for a session with a Ferrari personal assistant to pin down the exact specification. These updated 612s also came with a revised gearbox shared with the 599 for better shifts, and a manettino control on the steering wheel for the various drive options.

While the 612 was not universally praised for its looks when new, the styling has become more accepted since the car's launch in 2004. It's also proven to be much more reliable and easier to live with than its predecessor, the 456. Despite its considerable size, the 612 is not as heavy as you might fear because it was Ferrari's first all-aluminium 12-cylinder model. This feeling is further helped as it was the first road car from the Maranello firm to have its front-mounted V12 engine positioned completely behind the front axle line. The 612 was also the first Ferrari road car with electronic stability control rather than just traction control. 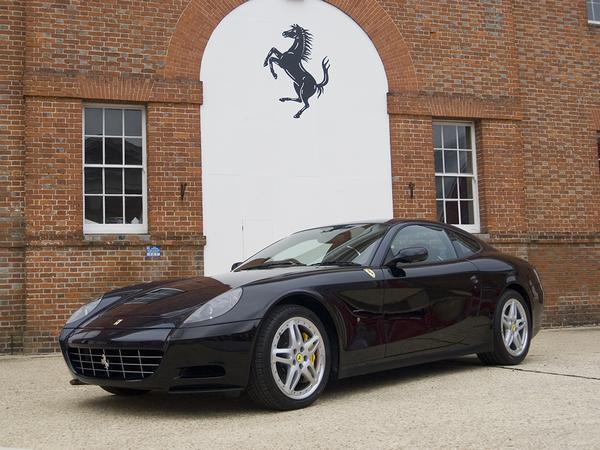 Check the electronic dash display is operating properly. Problems here mean a replacement unit due to failed power supply or the motherboard giving up.

Dash-top leather can shrink and split on cars that have spent their lives in sunny countries.

Instrument buttons can become sticky to the touch with age or lack of use, so check their condition and that every one functions properly. 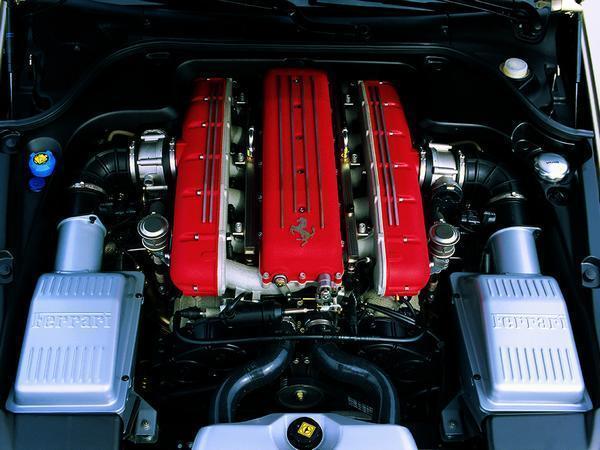 The manual gearbox is strong but very rare - only 199 612s were made with this transmission.

The six-speed F1A automated manual gearbox was recalled in 2008 for a faulty sensor. Later 'boxes are reliable but benefit from latest available software updates.

The V12 motor uses a cambelt that needs to be replaced every five years or 30,000 miles, which will cost around £3,000 from a Ferrari dealer.

Minor services at an independent specialist come in at £1,000, while a major service will set you back £1,500.

13.6mpg is the official combined fuel economy, but this can dip to 8mpg in town. On a run, 18mpg is possible at 70mph. 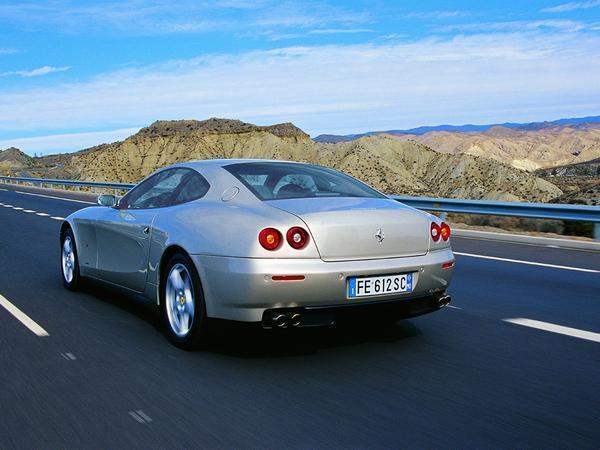 Usual checks for alignment and any noises. Otherwise, the 612 is very reliable in these areas.

German specialist Sicom offers a refurbishing service for carbon ceramic brakes at a quarter of the cost of replacement discs from Ferrari at around £15,000 per set including pads.