In the market for a used Lotus Evora? Here's how to buy the best

Lotus's move upmarket with the

in 2009 made sound sense. It built on the technology of the Elise and Exige models while adding more refinement and practicality to take on the Porsche Cayman and even the 911 thanks to the option of a 2+2 model. 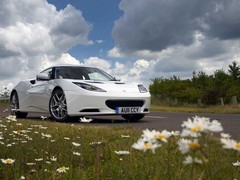 Launch car was 280hp and manual only

Unfortunately for Lotus, launching during the grip of a recession is never easy, particularly when the Launch Edition run of 450 cars was priced at £59,000 and the base price was £47,500. Even so, the Evora was well received by the press and it has gone on to be a steady, though not fantastic, seller for Lotus.

Offered from launch with a Toyota-sourced 3.5-litre V6 engine, the Evora started off with 280hp in normally aspirated form and a six-speed manual gearbox. This took the Evora from 0-62mph in 5.1 seconds and on to a 162mph top speed. If you chose the optional Sport close-ratio gearbox, acceleration from rest to 62mph was unaffected as the first two gears are identical. 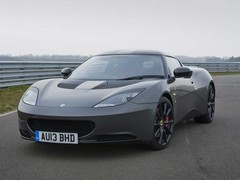 A year after launch, Lotus announced the Evora S with a supercharged version of the Toyota engine that gives 350hp at 7,000rpm for 0-62mph in 4.6 seconds and a 172mph top speed. The Sport gearbox was also standard, with the IPS (Intelligent Precision Shift) six-speed automatic gearbox launched at the same time as an alternative to the manual.

On top of the 450 launch models, which were loaded with every option pack as standard, there have been several special editions. The most sought after of these is the GTE. Only six right-hand drive and 16 left hookers have been made and you can expect to pay up to £95,000 for one. At the other end of the market are early normally aspirated cars for around the £30,000 mark, or even lower. This makes the Evora a very tempting alternative to its Porsche rivals and here's what to look out for when searching.

PHer's view:
"We regularly use the Evora for 250-mile non-stop runs, the car is very comfortable and quiet and the drive is relaxing. There is plenty of luggage space in both the 2+0 and 2+2 (using the rear seats) so extended holidays are easy in them (compared with an Elise or Exige). Both my cars have been N/A models with more than adequate performance for me (I did have an Elise SC before which was faster!)."
Alan Baker