Thrilling to drive, built to take punishment and a solid investment - what are you waiting for?

Necessity is the mother of invention and, back in the early 2000s, Lotus needed a new halo model to take over from the Esprit as it retired in 2004. Enter the Exige S2 that used the same formula as the original version to create a more track-focused machine based on the Elise. At £29,995 it was a bargain. 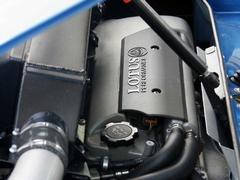 One of the most important changes for this second generation of Exige was the adoption of the Toyota 2ZZ-GE 1.8-litre engine. It shared the exact same capacity as the previous Rover K-Series motor and happily revved to 8,500rpm, so it was an ideal match for the Lotus. With 190hp at 7,800rpm, it knocked out 0-62mph in 4.9 seconds and topped out at 140mph.

Just as crucially, the Exige S2 gained wider front and rear wheels, with broadened bodywork to accommodate them, and Yokohama Advan A048R tyres. Lotus also raided its Sport division shelves for 10 per cent stiffer dampers, while the new aero kit created true downforce at the front and rear. Together, this allowed the Exige to lap the Hethel test track two seconds faster than its Elise 111R sister model.

Yet there were those within Lotus who felt the Exige had more to offer. The official line is the 240R was the result of work by Lotus Engineering Powertrains, but the reality is a group of Lotus workers in the Motorsport department reckoned a supercharger was just the thing to realise the car's potential. They were right. The 2005 240R delivered 0-62mph in 3.9 seconds and reached a maximum of 155mph. The £43,995 asking price did nothing to slow its popularity. 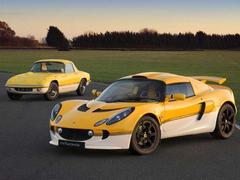 Other Exige models have come and gone, and they include the Cup 190 and 240, S British GT Special Edition, Sport Exige Cup 255, Club Racer, Sprint, Cup 260, Type 72, Scura and Stealth, and the RGB to mark Roger Becker's retirement from Lotus. While there are differences between these models and the standard versions, the same buying advice applies to all.

For the inside line on the Exige we spoke to Jamie Matthews, Sales Manager at Bell and Colvill. "Values have not dropped for the Exige S2 in two years, so it's a great buy," he says. "It's cheap to run, great to drive and very reliable."

That sounds like good news to us. Prices start at around £20,000 for an early, high miles car, while late model versions and the rarer special editions can run to £40,000. Don't be put off by cars that have seen a lot of track use - so long as they have been cared for this is what they are designed for. Heavily modified cars are less desirable, so look for a standard car unless the spec of a car exactly matches your needs.

PHer's view:
"I started looking at Elises, but the Exige was something that had always caught my eye at track days. The mini Group C racer look really appealed, as did the supercharged whine of an S model."
Dave de la Riviere