As last hurrahs go, the 968 was a rousing cheer Porsche's models derived from the 924's front-engined, rear-drive platform. It may have sold only 12,776 units during its three-year production life, but it helped keep the firm afloat during a difficult period. That relative rarity has also helped it appreciate in value recently as scruffy cars have fallen away to leave solid, well cared for examples now worth upwards of £15,000. Aim for the rarer yet Sport or Club Sport models and you'll be looking at spending at least another £10,000 on top of that to get one worth keeping. 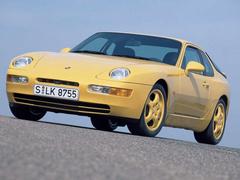 So why has the 968 has finally been recognised by the classic car market? Launched in August 1991, it was largely based on the 944's chassis due to expedience on Porsche's part. It simply didn't have the cash to develop an all-new model, but the 3.0-litre four-cylinder engine received lighter pistons and con-rods, as well as the addition of VarioCam variable valve timing.

All of this freed up 240hp from big four-cylinder, and it drove through a six-speed manual gearbox to give 0-62mph in 6.5 seconds. If you opted for the four-speed Tiptronic auto that sprint took 7.9 seconds and top speed was 153mph, compared to the manual's 156mph.

From 1992, Porsche also offered the 968 Cabriolet, which was a popular choice when new even with a £38,000 asking price. The same year, the halo model Club Sport arrived, which shed 50kg from the standard Coupe's weight by ditching electric windows, mirrors, seat adjustment and hatch release. Also left on the shelf were the rear wiper, central locking and back seats, while Recaro front seats further helped with the weight loss. 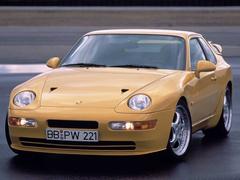 Rare Turbo S one for the collectors only, sadly

Unlike modern Porsches where less weight means more money, the Club Sport cost less than the standard Coupe. Now, it's the most sought after 968 due to its superb handling balance. However, Porsche GB recognised some buyers loved the CS's appearance but wanted some of the luxuries back, so the Sport arrived at the start of 1994. It had the same 20mm lowered suspension as the CS but gained the electric goodies to make it more civilised for £32,995.

There were also 16 Turbo S versions of the 968 built with a 305hp engine based on the race-only Turbo. These cars are the preserve of very wealthy collectors, so we'll concentrate on the ones you can find for sale and enjoy either as a classic or an everyday car.

PHer's view:
"I've fond memories of my 968. I don't think I've had a car since that had such nice, forgiving balance - grandmothers could drift 968s on the way to get their blue rinse and be entirely unruffled by the experience."
John Mulcahy