When it was launched in 1996, the Boxster was the best compact roadster you could buy. It wasn't the cheapest, but it delivered everything the Porsche badge promised.

The same holds true today for that first 986 generation of Boxster and a used example still offers fine driving interaction coupled to affordable running costs. You have to choose carefully, though, as cheap Boxsters often come with cheapskate owners.

On the upside, there are plenty to choose from, so finding a decent one might take a few viewings, but they are out there. The lowest cost ones will be less than £3,000, but reckon on spending from £4,000 and early 2.5- and 2.7-litre cars are there for the taking.

The 2.5-litre car kicked off the whole Boxster dynasty with a mid-mounted 204hp flat-six engine. Just about the only criticism from contemporary road tests being that the chassis could clearly take more power.

That was addressed in 1999 with the arrival of the 220hp 2.7-litre motor to replace the 2.5 and, more importantly, the launch of the S model with its 256hp 3.2-litre unit. Here was a Boxster that lived up to the looks and chassis.

A gentle facelift in 2001 was followed by more power for the engines in 2002. This increased the 2.7-litre to 228hp ad 260hp for the S version's 3.2-litre. Another small but significant change at this point was a glass window for the fabric hood.

Service history is important with any used performance car, but don't get too worked up if invoices are missing from many years ago with a Boxster. Much more important is to look for evidence of recent care and attention at specialists. With many reputable specialists out there, this shouldn't difficult and you'll end up with a roadster that still puts plenty of the latest kit to shame. 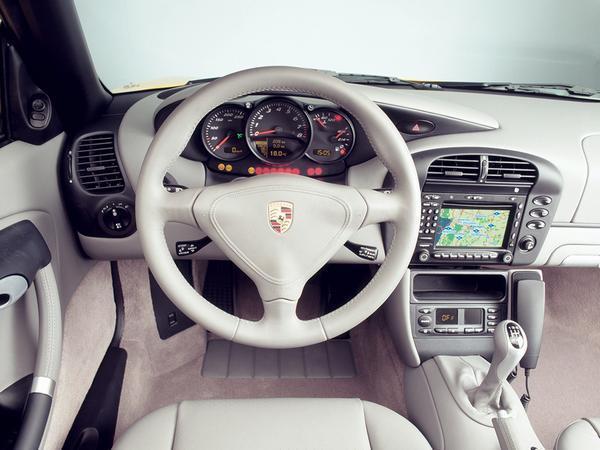 Any corrosion points to accident damage that has not been properly repaired. Best to look for another car if you spot rust.

Check the condition of the hood carefully. Replacements are expensive, but a cloudy rear screen can be swapped for around £250.

Look for any damp inside the cabin as a pointer to blocked drain channels for the hood. These are easy to clean and clear out and this prevents water getting into an ECU mounted behind the seats.

Peer behind the front bumper at the condition of the radiators for the engine and air conditioning. They get covered in road debris and corrode, so factor this into the price if they look scruffy. This work will be needed every eight years or so and costs around £1,200.

Open the rear lid and check under the boot carpet for any damp. If there is, the coolant tank is the likely culprit and needs to be replaced. A new one is around £225 from Porsche. 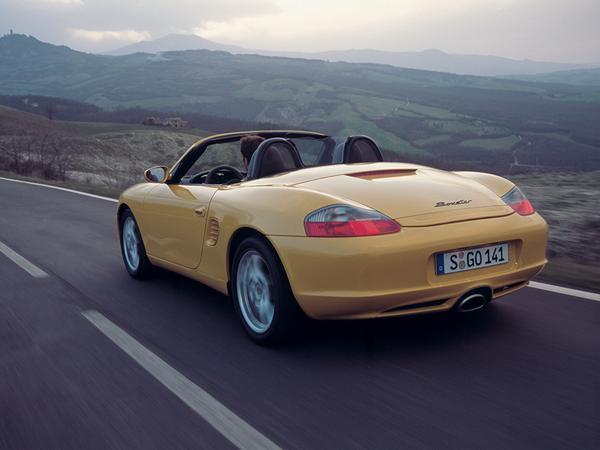 Rough running is most likely a faulty ignition coil pack. They degrade with heat but are easy and affordable to replace.

Mention the 986 Boxster and every pub bore will instantly regale you with horror stories of the intermediate shaft (IMS) bearing. It's much less of a problem than the internet doom-mongers will have you believe though. Earlier 986s are less prone to this problem as they use a dual-row IMS bearing. Cars from 2000 switched to a single row bearing and this is more likely to fail. Check the service record for this being replaced, ideally with an uprated bearing from a recognised specialist. If you're not sure, budget for this in the price you pay and reckon on replacing the clutch at the same time when the engine is out, which will cost around £1000 for parts and labour.

The rear main oil seal can and does leak on the 986's engine. A very minor leak can wait until you need to drop the engine to swap the clutch, but a more persistent drip should have you walking away.

Cracked cylinder bores can occur but are hard to spot. If you can access the engine, look for 'mayonnaise' in the oil. Also keep an eye on the engine temperature as cracked bores lead to overheating. The only sure way to know if the bore liners are cracked is to have a specialist inspect the motor.

Gearboxes are strong, but look for evidence of fluid changes in the service history.

The VarioCam's chain tensioner guide can wear and fail, letting metal fragments into the engine's oil. It's a difficult problem to spot, but be wary of any car with gaps in its routine service history. Replacing the guides with uprated items is straightforward.

The mass airflow sensors can give up and cause a hesitation when accelerating. Replacements are around £150.

Cars with low mileages may have sat for prolonged periods and this can be bad for seals, so look for signs of leaks.

Check that the battery cranks the starter motor quickly. Cars that have been left standing will have weak batteries. 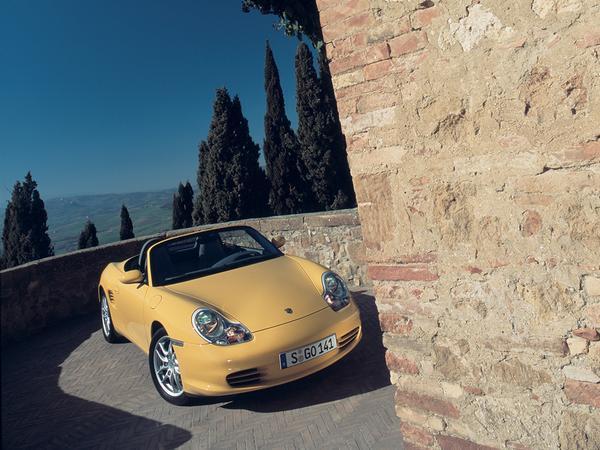 Like its 911 sibling, the 986 suffers from worn front suspension bushes. They are easy and cheap to replace and need doing around every five years.

Other clunks from the suspension are likely to be from a broken coil spring. 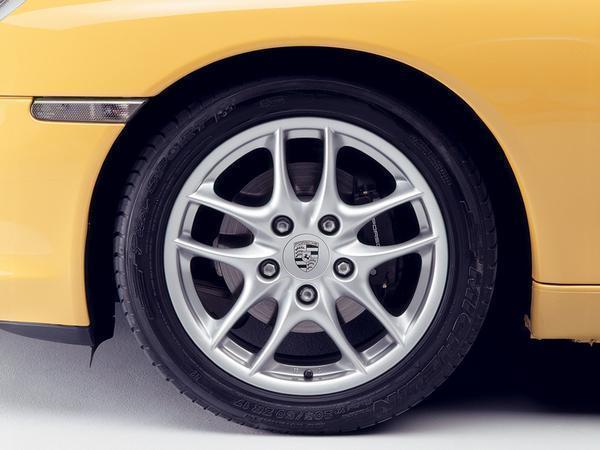 Original is best when it comes to wheels. Many Boxsters have been fitted with later and larger wheels, but they can cause problems with alignment and put more strain on the suspension bushes.