In the market for a Renaultsport Twingo? Here's everything to look out for...

'Less is more' is the mantra behind the Renault Twingo Renaultsport 133. Less being taken care of by the car's diminutive size and weight - which just scraped over a tonne - while more was offered with the 133hp 1.6-litre petrol engine, borrowed from the Clio and upgraded. 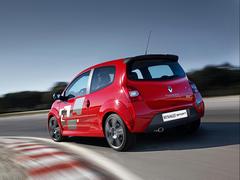 The Twingo RS also took its base chassis from the contemporary Clio, which means it had plenty in common with the Clio RS197 when it was launched in 2008. Broader front and rear wings covered the 40mm wider track and gave the tiny French hatch a more aggressive stance, while side skirts and a spoiler finished the look. Under the bonnet, the 133hp engine had uprated camshafts and a four-into-one exhaust manifold. The engine loves to rev, so making the most of peak power at 6,750rpm is not a chore.

Against the clock, the RS133 may not be the quickest car you can buy, but it carries speed through corners and is a real terrier on twisty roads. Agile handling and quick steering make their marks here and explain why this often overlooked Renaultsport model is now gaining a cult following. 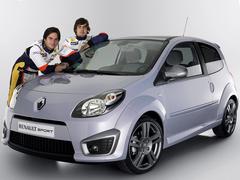 The stripped out Cup version arrived in late 2009 without air conditioning, automatic headlights and washers, rear tinted windows or the two-piece back seat. Instead, there was a single section rear bench and 10 per cent firmer Cup suspension, sitting 4mm lower than a non-Cup model, as standard. 17-inch alloy wheels with an Anthracite finish also came in place of the standard 16-inch rims.

For 2010, Renault added a Gordini version with blue paint and white stripes, plus leather seats. A Silverstone GP limited edition pitched up in July 2011 and it came with a stainless steel exhaust. Each one has a numbered plaque inside and a Renaultsport Monitor onboard performance tracking system.

In 2012, Renault facelifted the entire Twingo range, bringing a larger spoiler, minor interior upgrades and the option of Liquid Yellow paint for the RS.

While it's a rare sight on the UK's roads, the Twingo Renaultsport 133 earns its place in the RS team thanks to its rev-hungry engine and fine handling. It's worth trying both the standard and Cup models before committing to either as some find the lighter, more extreme Cup too hard and fidgety on grazed road surfaces while others love its raw edge.

A rattly tailgate is a common affliction and generally means the striker plate needs to be properly aligned. 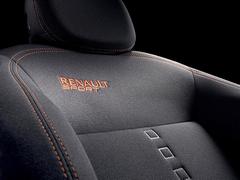 Boot release handle fails as water gets in.

Look for signs of water damage in the front footwells where it seeps in under the scuttle panel.

Is the air conditioning working?

Check all of the dash displays are brightly illuminated as they can fade and new ones are costly.

Coil pack failure is the most likely cause of rough running or lack of power. New coils are cheap to replace at £28 and easy to fit.

Regular services are every year or 12,000 miles and prices vary between £150 and £250 depending on the extent of the check-up. 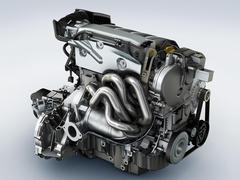 Cambelt should be changed at 72,000 miles along with water pump.

A remap can free up as much as 10hp, while an aftermarket exhaust from K-Tec can add 14hp combined with an induction kit.

Engine mounts weaken and cause a knocking sound under acceleration. New ones are around £230 including fitting.

Look at the exhaust for signs of rust breaking through.

Five-speed manual transmission is strong, but the change from fourth to fifth can become notchy. 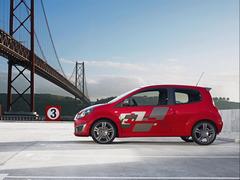 Ball joints wear and will result in knocks and vague steering. Requires a whole new lower arm and all-in cost is around £250.

Steering rack can fail, though it's a rare fault.

Lowering springs are a popular and cheap modification at around £250 for a set.

Original spec Continental ContiSportContact tyres are expensive to replace at around £250 for a pair. As a result, many Twingo RS owners have different rubber fitted.

Some RS133s will have Cup wheels fitted. Don't be fooled into buying a fake Cup, so look for the purple code tag on the rear shock absorbers and springs.