An Australian muscle car built for Britain and yours for a song!

offered the British firm a readymade solution to some much-needed glamour for its range at the start of 2004. Not since the Lotus Carlton had Vauxhall offered a car with so much power and performance, so the Australian-built Monaro was a welcome addition. 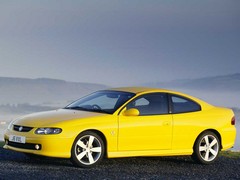 Early cars now available from as little as £6K

Not everyone quite understood the

- with its big V8 engine and spacious four-seat cabin it is definitely more muscle car than sports car. Its only obvious competition in 2004 was the Mercedes CLK55 AMG and perhaps the previous generation E39 BMW M5. The likes of the Audi RS4 and BMW M3 were more sophisticated cars in design and execution, but the simplicity of the Monaro has proved to be one of its most enduring strengths. 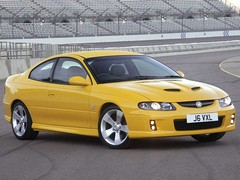 Bonnet vents for 2005-on facelifted car

Vauxhall revamped the Monaro in 2005, adding prominent bonnet vents to mark out these new more powerful models. Another quick way to spot the difference between earlier and later Monaros is the earlier 2004 cars have an exhaust that exits on the left, while the later 2005 cars have twin rear exhausts. However, as many owners modify their cars, this is very much a guide rather than a hard and fast identifier.

More important is to look at the VIN (vehicle identification number) plate on the engine's bay's bonnet closing panel. All Monaros were built in 2004 and 2005, so a late registered 2007 car could have been sitting idle for two years. The car's actual build date will be shown on the bonnet closing panel.

There are always a few Monaros for sale and prices start at around £6,000 for lower powered cars that need a bit of loving care. At the other end of the spectrum, an immaculate limited edition supercharged VXR500 could make £20,000.

PHer's view:
"The Monaro is a left-field choice and it will be a love/hate relationship. Therefore, all owners are passionate petrolheads. I think this is an important attribute of owners, and therefore sets the tone of ownership."
Mike Blenkharn