Thinking of buying a modern iteration of the definitive hot hatch? Read this first!

After the gargantuan effort Volkswagen put in to get the

back on the right track, it was easy to forgive the sixth generation GTI being an evolution of the species. This meant engines and transmissions were carried over wholesale, though power was increased to 210hp for the 2.0-litre TFSI turbo petrol motor.

Whether you chose the six-speed manual or twin-clutch DSG, the Mk6 GTI needed 6.9 seconds to spring from rest to 62mph. Top speed was 149mph in the manual and 2mph less in the dual-clutch version, and the manual just had the edge on fuel economy and emissions.

Which of these gearboxes you prefer comes down to personal taste, but one thing to bear in mind is that in evolving into the Mk6, the GTI also inherited its predecessor's problems with the DSG's Mechatronic ECU.

You also have to pick between three- and five-door body styles, both of which are 23mm wider than the previous Mk5 model. There's no discernible difference in ride or handling between the pair, so it's all down to practicality. You could also pick the Cabriolet that was launched in 2012 with an electrically operated roof.

Volkswagen also offered the limited Edition 35 version with an uprated 235hp 2.0-litre motor. It hit 153mph and took 6.6 seconds from nought to 62mph. For some, it's the ultimate Mk6 GTI, but for most the added expense of buying one will be hard to justify against its modest gains in performance.

Better to save the cash and look to the aftermarket for some extra pep. There are several remapping options that can take the car to 280hp, though you'll then be looking at improving the breathing with an air filter and exhaust to get the best from this set-up.

With more power, the GTI's XDS electronic traction aid that mimics a limited slip differential will get more of a workout in corners to keep the power from being wasted. You also have Adaptive Chassis Control that was an option when the car was new. It's worth having as the difference between Comfort and Sport is noticeable and tones the car to suit either setting.

High mileage early Golf GTI Mk6s can now be had from £7000, but £8500 is what you need to bag an average miles 2009 car with full service history. There's no need to pay more for the DSG gearbox, but five door GTIs command a small premium over three-door models. 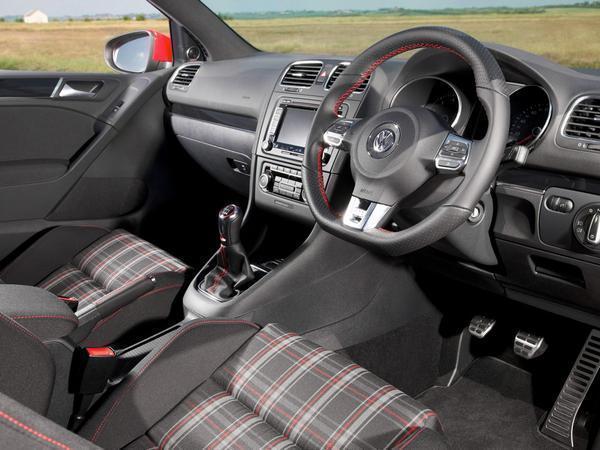 A creak from the rear of the cabin is most likely to be the rear upper bench not latching into position properly. A good shove usually solves this.

When opening the doors, listen for any sloshing water as it can gather in the bottoms and will eventually rot out the metal.

Paint finish was not always the best, but still check for misaligned panels or mismatched paint that points to crash repairs. 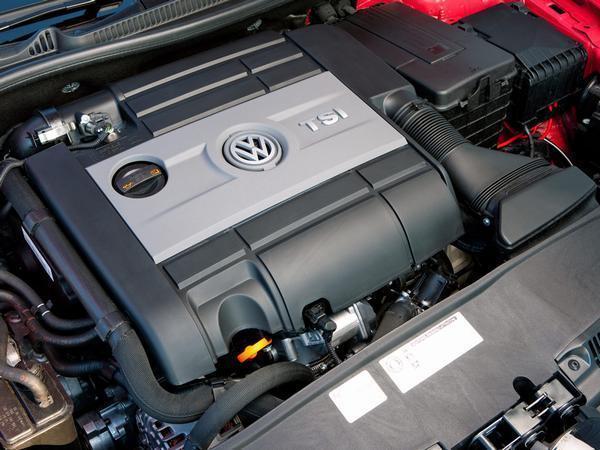 2.0-litre TFSI engine needs its cambelt replaced at 80,000 miles or four years along with the water pump and tensioner pulley. This will be around £850 including labour at an independent specialist.

Coil packs fail but are cheap to replace.

Diverter valve fails and stops the engine from reaching peak turbo boost, so try a few cars to geta feel for any that might be low on performance. An uprated diaphragm for the diverter valve costs £30.

Check the positive crankcase ventilation by removing the dipstick with the engine running. If the engine stutters, the PCV is fine. If it continues to run normally, the PCV needs to be replaced.

High pressure turbo line can break, which lets oil out in a fine spray and leads to turbo failure.

Stronger Sachs clutch costs £550 plus fitting and is recommended if you tune the engine.

Six-speed manual gearbox is reliable, but DSG transmission suffers from Mechatronic ECU failure that also afflicts the Mk5 GTI. Feel for any lurch as drive is taken up when you pull away from a standing start. A replacement Mechatronic ECU is £900 plus fitting, but ecutesting.com offers a rebuilt item with two-year warranty for £250.

Air conditioning pump fails, so make sure it's blowing cold in the cabin. 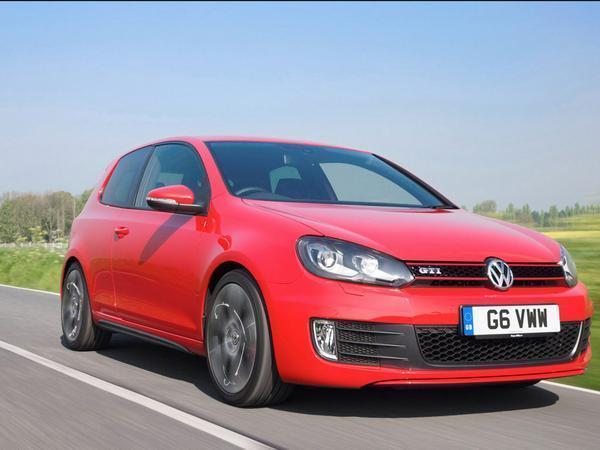 Suspension can be within manufacturer tolerances but still cause uneven tyre wear. Also listen for a rumble from the rear tyres that indicates an alignment check and new bushes are needed.

Uprated discs and pads for the front and rear from Tarox cost £525 for a complete set.
Corrosion on 18-inch Monza Shadow alloys