Last of the old-school Maseratis packed a 335hp punch from its 2.0-litre V6 - heroic then, heroic now 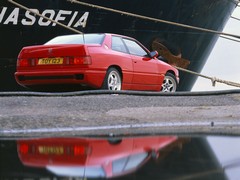 Now in the hands of the Fiat empire, much to the disgust of diehard Trident fans Maserati had fallen into the grips of Luca di Montezemolo, CEO of Maserati's arch-enemy Ferrari. And when the drapes came off there was disappointment; it was just another special edition of the Ghibli, which itself was a rehashed version of the 1981 Biturbo.

Except, the Ghibli Cup was different and very special indeed.

In an era where car makers struggled to break 100hp per litre, the Cup had a heroic 335hp generated from just 2.0-litres - that's a 168hp per litre sending car journalists into spin figuratively and sometimes literally when it rained. The Cup, though, should be remembered for more than just its mill and PH Hero status is granted for the quality and the excitement it delivered with every drive.

Since it was a Maserati, the Cup was born from complete chaos. 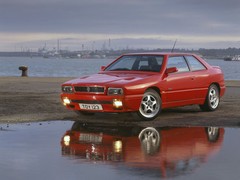 If not beautiful then definitely purposeful

This time it was in the shape of a one-make Ghibli race series created as a way to squeeze lucrative lira out of gentlemen racers. Unfortunately, by the time it got round to creating the Ghibli Open Cup cars the recession was in full swing and after a full season in 1995, the series ran out of money after just two races the following year.

Compounding the financial loss was Maserati's insistence of creating an all-new engine for the series - complete madness since it was the first new motor for more than two decades and it went into a race car. To help recoup some of this engineering cash a road car was hastily introduced to the product line. Of course, it had more power than the racers - this was 90s Maserati after all. Luckily, this time Luca was watching.

By the 90s Maserati was an expert at turbocharging. Engineers after all had created their first 2.0-litre (to avoid excessive car tax over 2,000cc) V6 turbo back with the launch of the Biturbo in 1981. This time the all-new 24-valve block had a pair of intercooled IHI turbochargers grafted onto each bank of cylinders. Throw in a unique free-flowing exhaust plus an aggressive mapping for the ECU and the racers had a reliable(ish) 320hp, allowing this to be stretched to the full fat 335hp for the road car. 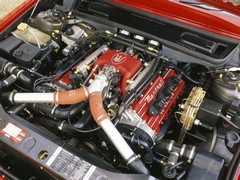 Astonishing engine looked as good as it went

Lower, stiffer suspension with redesigned rear A-arms helped the road car deal with the power while bigger drilled Brembo brakes helped reign things in. The ZF five-speed was ditched and a new six-speed Getrag 'box with shorter gearing was adopted to keep that engine on the boil.

In context
Performance, by today's standards, is only brisk with 0-62mph taking 5.6 seconds, topping out at 168mph, but it was the way the little 2.0-litre worked for a living, plus the way it drove, is what made it truly special.

Now the Cup and I once met briefly back when I was an 18-year-old car cleaner for a used car dealer. On a pittance it was the only way, I figured, I'd ever be able to drive anything more exotic than my rusty old Mini and by the time I met the French Blue Maserati Ghibli Cup I'd driven everything from misfiring Midgets to Porsche 911s and had even scared myself silly in a Ferrari. In other words I thought I was well qualified. I wasn't, and the Cup made quite an impression on me.

Despite being a so-called BMW M3 rival, in the flesh, Marcello Gandini's lines looked far more exotic and dramatic than I'd ever imagined. Its wide hips, low stance and imposingly big (back then) 17-inch split-rim Speedlines signalled its intent. Even its fake-looking carbon fibre inserts and tacky 'Cup' badges couldn't take the edge off. I thought it was just about perfect. 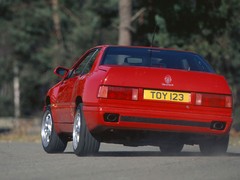 Tasked with delivering it some 11 miles away my boss gave some words of encouragement before I set off. "Break it and I'll break you," before going on to imply that if anything did happen to the Maserati he would remove my testicles in a less than surgical manner using some sort of improvised blunt instrument.

After finally warning me to touch "nothing electric" for fear it would seize forever or cause a small fire he wished me good luck.

I confidently cranked the twin turbo over, depressed the heavy clutch and selected first on the stiff, slightly imprecise, gear lever and triumphantly stalled in front of my, by now, angrily chain-smoking boss. My next attempt was more successful. What follows isn't anything remotely definitive in terms of a driving impression, but from what I remember, the driving position was horrific.

Perched high on softer than expected leather seats behind a Momo steering wheel that could have come from an F40, the pedals were offset due to wheel arch intrusion and a classic long arm, short leg approach was required. 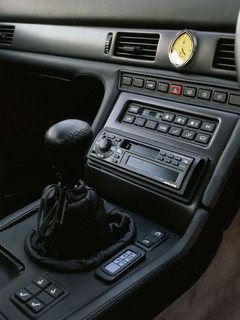 'Don't touch anything electrical!' was warning

The engine was rough down low and idling, if you could call it that, was lumpy. I couldn't tell if 'my' Cup had issues with its ECU or it was simply because of its less than optimum 90-degree angle of its V6.

What I can tell you is that it was intoxicating, from the squealing Brembos to the creaking suspension and once on a straight piece of dual carriageway I decided it was now or never. Nothing happened for what seemed an eternity. Just when I thought it might be broken the afterburners lit.

I'd love to say I hung on to the cliched tsunami wave of torque that followed, but as soon as the rear wheels started spinning I lifted. This created a fascinating twitch, this all occurring in a straight line.

In more experienced hands the Ghibli Cup was judged one of the finest balanced cars of its era, Autocar road testers even giving it the nod over even the E36 BMW M3 before going on to suggest it had the best steering feel "this side of the Lotus Esprit GT3" - high praise indeed.

Just 26 right-hand drive Cups were made but it really did signal a change. Luca, no doubt, had a hand in it and it was the last Maserati car to come off the Modena production line before the plant was gutted to incorporate more modern production techniques. A final 250 Ghiblis came off the new assembly line before the new era arrived in the shape of the 3200GT. 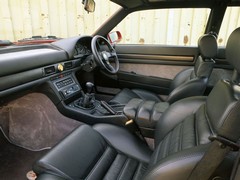 No doubt that car and all that followed were better, more reliable cars but in the depths of my memory banks I doubt that they any (conveniently forgetting Enzo in drag that was the MC12) are more exciting or dramatic behind the wheel and that's why I desperately want to drive one again to see if it lives up to that initial taste.

Sadly, a quick dig around PH classified reveals there aren't any for sale. Pricing over the last few years for Cups is heavily dependent on condition, but considering late Ghiblis command around £20,000 expect a Cup to be priced deep into the £30K bracket.

Finally, in case you're interested, the Cup and I survived our 11 miles together unscathed and I even got to keep my testicles. Although I did spin a Saab 900i the next day.