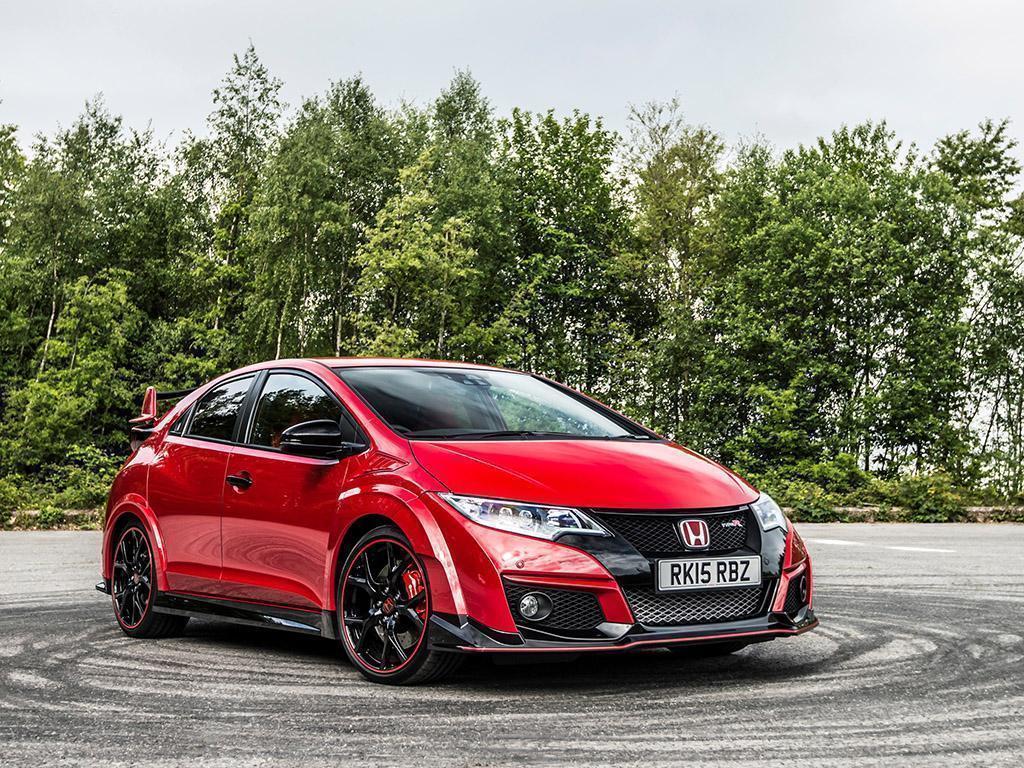 The FK2 Civic Type R was the hot hatch the world needed in 2015. Not just because it had been waiting so long - the FN2 predecessor having rather ignominiously retired in 2012 - but because there were so many questions to answered. To many if not most, a turbocharged Type R was as sinful as ice cold sake - it just wasn’t right, wasn’t how it should be. Could the FK2 really keep the VTEC thrill-zone with forced induction pulling it back? Could Honda, having not launched a hot hatch since 2007, really now compete in a world that included everything from the Renaultsport Megane 275 to the VW Golf R, the Ford Focus ST to BMW M135i? Perhaps most importantly, could anybody abide the looks?

The last point is a subjective discussion that will endure for years, of course. However, the FK2 Type R emphatically answered the first two questions: yes, VTEC could survive the turbo era and, yes, the Civic Type R could take on all comers - without any shadow of a doubt.

The FK2 was a different kind of Type R, though no less exciting. Gone were the frenetic, raw, old-school thrills of something like the EP3, replaced by a distinctly motorsport-inspired feel. There was immense traction from an LSD-aided front end, peerless braking performance, stability, speed and endless composure. Even if there may have been some debate about the claimed Nurburgring lap time, the Civic’s ability to devour a circuit was not in doubt.

Performance, too, was on another plane to anything we’d known from a Civic Type R before. While turbocharging inevitably introduced some low-rev lethargy (a heavy flywheel effect would contribute to a feeling of sluggishness) the new 2.0-litre VTEC revved with the kind of enthusiasm to make its rivals blush, all the way to 7,000rpm. Combined with just about the best manual gearbox on sale at the time and the Civic was an addictive car to drive fast.

Back then we found it lacking a little in the Megane’s finely adjustable delicacy or the Golf GTI’s consummate everyday ability - a high driving position and crappy infotainment saw to that - but the excitement was undeniable. It made a Focus RS (when it arrived) feel flat footed on road and track, the similarly priced six-cylinder BMW a tad wayward and most things this side of an A45 feel slow. The FK2 was an imperious return to form for Civic Type Rs.

That so much of the FK2 Civic Type R - the engine, and a lot of the front axle including dual axis struts, for starters - went into today’s all conquering FK8 Civic Type R should say a lot about just how good the first turbo Type R was - and remains.

If five years can often feel like a long time in car terms, the FK2 suggests otherwise. It is competitive today, which is more than could have been said for a 2010 car in 2015. The top end rush is still present and correct, ditto the unerring focus and the sort of control weight harmony - and resultant confidence - that’s now hard to find. With just 10hp less than the current car, it’s more than fast enough, too.

Indeed, the main problem the FK2 Civic Type R faces nowadays is that its successor improved noticeably on the irks that did exist. And, to be honest, they only irritate more on exposure to the new car. The FK8 introduced a lighter flywheel that made the engine feel revvier, dropped the hip point 50mm for a better driving position and, most importantly, replaced the old torsion beam rear suspension with a multi-link arrangement. Not only did it deliver even greater cornering composure, it made the FK8 a more comfortable proposition than its predecessor - and for most people, that's a critical advantage.

That said, the FK2 remains a thrilling and competent hot hatch; the torsion beam is still used in new hatches like the Renault Sport Megane, after all, and out of +R mode the Type R is supple enough. The less complex set up also offers practicality benefits, with an enormous boot. A road bike will go in, wheels on, with just the seats folded.

In 2020, moreover, the FK2 offers another key advantage over its predecessor, and indeed many other used hot hatches: rarity. It was only on sale here for 18 months, arriving at the end of car’s production run (where the FK8 came at the beginning) so there are very few around. Inexact science though it is, the PH classifieds reflects that: currently there are 14 2015-2017 Type Rs on offer, compared to 37 of the current model.

Beyond the obvious subjective hurdle - white, blue, grey or black arguably work with the shape and details better than red - the FK2 Type R has an awful lot to recommend it. Because, on top of everything else, it’s still just a Honda Civic. The boot is enormous, at almost 500 litres, it feels reassuringly well built , it’ll cover large distance with ease and there have been no significant issues reported in the FK2’s half decade of existence. (Because kerbing wheels and chomping through front tyres can only partly be blamed on the car - the driver needs to take some responsibility there as well.)

Furthermore, the rarity has proven advantageous for residuals; at present the most affordable FK8s are only £1,000 or so more than the most expensive FK2s, and it wouldn’t be a surprise to see the more populous car begin to slide a little more quickly. For now, £20,000 gets a car with around 30,000 miles, the very cheapest somewhere near £16k.

While the Civic Type R in this iteration perhaps lack that slightly single-minded appeal that defined previous generations, the broadening of its talent hasn’t been to the detriment of character. More rounded and more capable the FK2 may have been, but this still has the undeniable feel of a Type R Honda, from the way the seats envelops you to the feel of that wonderful gearchange.

By bringing together that traditional engagement with more modern amenities and a layer of civility previously alien to the breed, it’s no wonder that the FK2 Civic Type R proved a hit. Sure, its replacement ultimately up the game by an additional 15 per cent, but that core appeal has yet to wane. Moreover, it shows how right Honda got its vital hot hatch rebirth.